Horror thriller sequel directed by Rodo Sayagues. Set eight years later, Don’t Breathe 2 (2021), follows Norman Nordstrom (Stephen Lang), now hiding in an isolated cabin and raising a young girl, Phoenix (Madelyn Grace), orphaned from a house fire, as part of a twisted family he’s recreated. Their quiet existence is shattered when a group of kidnappers show up and take the Phoenix, forcing Nordstrom to leave his safe haven to save her.

Raylan: What’s your name, gorgeous? Mine’s Raylan.
Phoenix: I don’t care. I need to go. My father’s waiting for me.

Phoenix: [referring to the dog, Shadow] I snap my fingers and he’ll bite your testicles off.
Raylan: Wow. Okay. Well, I’m sorry if I scared you.
Phoenix: Who said you did?
Raylan: I’ll see you around.

Phoenix: [referring to Raylan] Just a weirdo.
Hernandez: Yeah. No shortage of those around here.

Hernandez: [referring to Phoenix] We had a lot of fun today. I could take her again next week if you’re okay with that.
Norman Nordstrom: No. Today was enough.

Hernandez: Look, it’s none of my business, but…
Norman Nordstrom: You’re right. It’s not.
Hernandez: You’re a bad man. A man who’s done terrible things. At least, I know you think that. Just like sometimes I do about myself. War changes us all. No soul returns holy from it. Don’t make her pay for that.

Raylan: [referring to Jared’s injuries] The old blind man did this?
Jared: Uh-huh.

'Never take anything for granted. God will take it from you.' - Norman Nordstrom (Don't Breathe 2) Click To Tweet

Phoenix: What’s happening? Who are they?
Norman Nordstrom: I don’t know.

Raylan: You don’t need to be afraid, little girl. This has all just been one big misunderstanding. It’s not me you need to be scared of, but the man standing next to you. Now, I don’t know who he is. But I know who he’s not. Should I tell her, or you?

Raylan: [to Phoenix] Years ago, there was a fire in our house. Cops blamed me. I spent eight years in prison, wondering if I’d ever see you again. Hell, I didn’t even know if you were dead or alive. This creep here must have found you, and kept you for himself.

Raylan: [to Phoenix] You have no idea how much I’ve been waiting for this moment.

Raylan: Did he hurt you? But he did steal you away from me, and now he must die, you understand? Kill him.
Phoenix: No.
Raylan: [as Jim-Bob goes to shoot Nordstrom] F*** are you doing? Not in front of my kid. Do it outside.

Raylan: [as Nordstrom gets away] Take her to the truck while I hunt this m**herf***er.

Jared: [to Phoenix] I don’t care who you are. I’m going to teach you some f***ing manners, yoh. You ungrateful, little b**ch.

Jim-Bob: [referring to Nordstrom] He’s back in the house.
Raylan: I know. He wants us to follow him. Enough of these silly games.

Raul: [as Raylan is about to set the house on fire] What are you doing? Your dog’s in there.
Raylan: The dog’s dead.
Raul: You don’t know that.
Raylan: You want to go and find out?

Raylan: [after they’ve taken Phoenix] Door’s open. Not a prisoner anymore.
Phoenix: You mean, I can go?
Raylan: If you want. Or you can stay here, and find out who you really are.

Phoenix: What was my mother’s name?
Raylan: Josephine.
Phoenix: Do I look like her?
Raylan: Yeah. You do. Tara. That’s your real name.

Raylan: Everything that man told you is a lie.
Phoenix: What happened to him?
Raylan: He got what he deserved. Hey. I’m not sorry. You shouldn’t be either.

Phoenix: I want to go.
Raylan: Where? Where you going to go?
Phoenix: There’s a shelter I know.
Raylan: Like I said, you’re not a prisoner anymore.

Phoenix: Mom?
Raylan: Like I said, everything he told you was a lie.
Josephine: My Tara?

Josephine: I’m dying.
Phoenix: What?
Josephine: The smoke from the chemicals, poisoned my blood, and badly damaged my heart. I don’t think I have much time left.
Phoenix: Is there anything you can do?

Josephine: [to Phoenix] I need a new heart, baby. But not just any heart. Doctor said it has to be a, it must be a compatible donor. Like a direct relative. You hold the gift that can save your mama’s life. And, baby, I need that gift.

Josephine: [after they’ve sedated Phoenix] We’ll finally be together as one. You’ll live on in me.

Raylan: [referring to Phoenix] Why is she still alive?
Surgeon: If she’s dead, so is her heart. And I can’t keep it fresh long enough without the proper equipment. I have to cut it out of her while she’s still breathing.

Jim-Bob: You killed my brother! You blind freak!

Jim-Bob: I’m going to carve your f***ing head open like a pumpkin, man.

Norman Nordstrom: [as he’s about to kill Jim-Bob] This is for Shadow.

Raylan: Bring the men. Kill the blind man.
Raul: How many of us?
Raylan: All of you!

Raul: [to Nordstrom, referring to Phoenix, ] They’re going to kill her. And that’s not cool with me.

Phoenix: [referring to Nordstrom] He’ll kill you all.

Norman Nordstrom: Now you are going to see what I see.
[gouges out Raylan’s eyes with his thumbs]

Norman Nordstrom: [to Phoenix] You mustn’t come near me. Everything he said is true. I am no father. I have killed. I have raped. I am nothing. Nothing but a monster. And you cannot be around me. Ever. So go. Now. Go. Go!

Phoenix: [after she kills Raylan for stabbing Nordstrom] Let me help you. I can save you.
Norman Nordstrom: You already have.
[Nordstrom then appears to die]

Phoenix: [referring to the children’s home] You yhink there’s room for one more?
Billie: I’m sure there is. What’s your name?
Phoenix: My name is Phoenix. 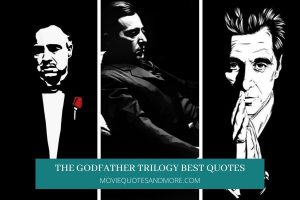