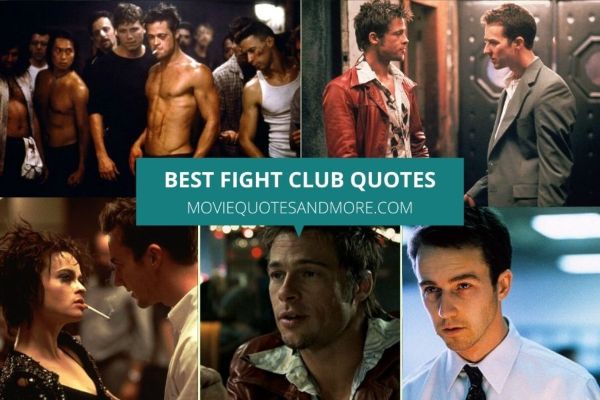 Here is our top 35 quotes from David Fincher’s classic dark drama, based on the novel of the same name by Chuck Palahniuk, which centers on a nameless depressed man, the narrator (Edward Norton), who after meeting a strange soap salesman named Tyler Durden (Brad Pitt), form an underground club with strict rules and fight other men who are fed up with their mundane lives. Together the two men spiral out of control and engage in competitive rivalry for love and power. When the narrator is exposed to the hidden agenda of Tyler’s fight club, he must accept the awful truth that Tyler may not be who he says he is. 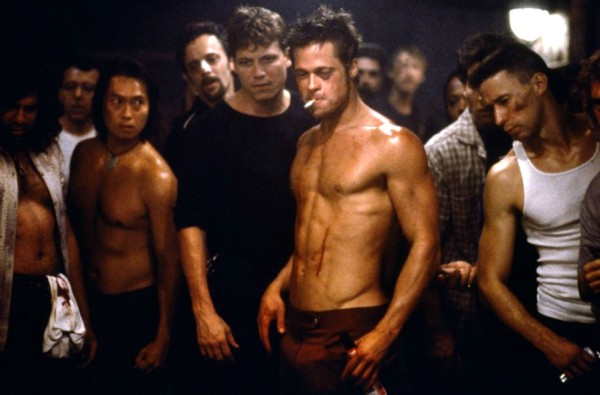 ‘It's only after we've lost everything that we're free to do anything.’ – Tyler (Fight Club) Click To Tweet

Narrator: [confronting Marla for attending the support group meetings] Why do you do it?
Marla: I don’t know. When people think you’re dying, man, they really, really listen to you
instead of just…
Narrator: Instead of just waiting for their turn to speak?

Narrator: This is your life, and it’s ending one minute at a time. 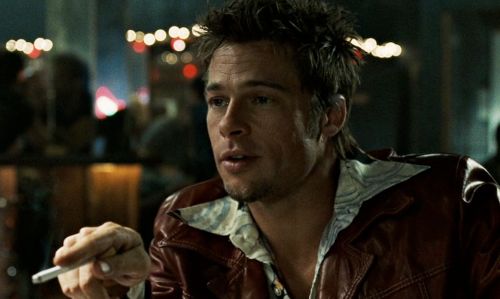 ‘I say never be complete. I say stop being perfect. I say let's evolve, let the chips fall where they may.’ – Tyler (Fight Club) Click To Tweet

Tyler: [as Narrator wakes up and sees Tyler sitting next to him on the flight] You know why the put oxygen masks on planes?
Narrator: So you can breathe.
Tyler: Oxygen, gets you high. In a catastrophic emergency, we’re taking giant, panicked breaths. Suddenly you become euphoric, docile. You accept your fate. It’s all right here. Emergency water landing, six hundred miles an hour. Blank faces, calm as Hindu cows.
Narrator: That’s an interesting theory.

Tyler: [as Tyler gets up from his seat] Now a question of etiquette. As I pass, do I give you the a**, or the crotch?

Tyler: The things you own, end up owing you. 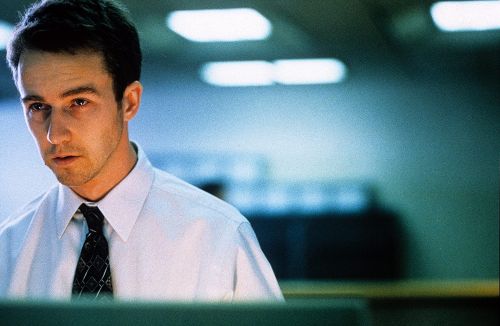 Tyler: [after pouring lye onto Narrator’s hand] Look at your hand. The first soap was made from the ashes of heroes. Like the first monkeys shot into space. Without pain, without sacrifice, we would have nothing.

Tyler: Listen to me. You have to consider the possibility that God does not like you. He never wanted you. In all probability, he hates you. This is not the worst thing that can happen.
Narrator: It isn’t?

Tyler: But first you have to give up. First, you have to know, not fear, know that someday you’re going to die.

Tyler: Advertising has us chasing cars and clothes, working jobs we hate, so we can buy s**t we don’t need. We’re the middle children of history, man. No purpose or place. We have no Great War. No Great Depression. Our great war’s a spiritual war. Our great depression is our lives. We’ve all been raised on television to believe that one day we’d all be millionaires, and movie gods, and rock stars. But we won’t. And we’re slowly learning that fact. And we’re very, very pi**ed off.

Narrator: I am Jack’s Complete Lack of Surprise.

Narrator: [after Tyler holds a guy at gunpoint, threatens him, and then lets him go] Come on, this isn’t funny! That wasn’t funny! What the f*** was the point of that?
Tyler: Tomorrow will be the most beautiful day in Raymond K. Hessel’s life. His breakfast will taste better than any meal you and I have ever tasted. 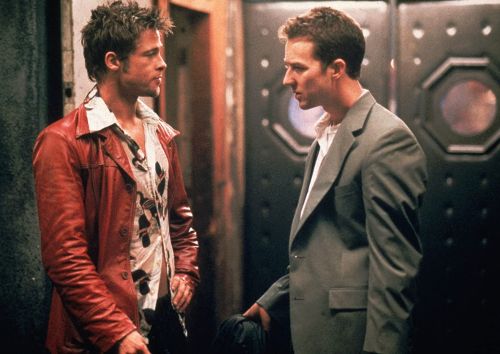 Tyler: Listen up, maggots. You are not special. You are not a beautiful or unique snowflake. You are the same decaying organic matter as everything else.

Tyler: Look, the people you are after are the people you depend on. We cook your meals. We haul your trash. We connect your calls. We drive your ambulances. We guard you while you sleep. Do not f*** with us.

Narrator: [after seeing that Tyler favors Angel Face] I am Jack’s inflamed sense of rejection.

Tyler: [as he steers the car into the opposite lane and accelerates] You have to know the answer to this question! If you died right now, how would you feel about your life?
Narrator: I don’t know! I wouldn’t feel anything good about my life. Is that what you want to hear me say? Fine. Come on!
Tyler: Not good enough.

Tyler: Hitting bottom is not a weekend retreat. It’s not a goddamn seminar. Stop trying to controlling everything, and just let go. Let go! 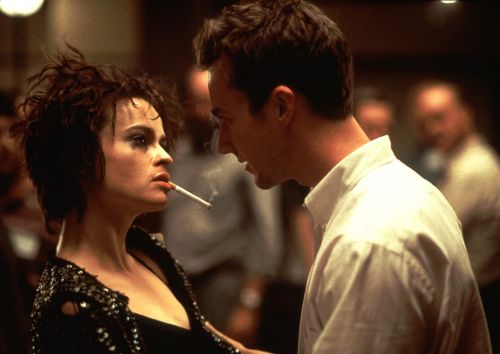 [Narrator finally confronts the possibility of being Tyler and has flashbacks on his actions as Tyler]
Tyler: Say it!
Narrator: Because we’re the same person.
Tyler: That’s right.

Narrator: [after it’s finally revealed Tyler Durden is the Narrator] I don’t understand this.
Tyler: You were looking for a way to change your life. You could not do this on your own. All the ways you wished you could be, that’s me! I look like you want to look. I f*** like you want to f***. I am smart, capable, and most importantly, I’m free in all the ways that you are not.
Narrator: No, this is impossible. This is crazy.
Tyler: No, people do it every day. They talk to themselves. They see themselves as they’d like to be. They don’t have the courage you have, to just run with it. Naturally you’re still wrestling with it, so sometimes you’re still you. Other times you imagine yourself watching me. Little by little you’re just letting yourself become Tyler Durden!

Marla: [to Narrator] There are things about you that I like. You’re smart. You’re funny. You’re spectacular in bed. But you’re intolerable! You have very serious emotional problems. Deep seated problems for which you should seek professional help.

Narrator: You’re a f***ing hallucination. Why I can’t get rid of you?
Tyler: You need me.
Narrator: No, I don’t. I really don’t anymore…
Tyler: Hey, you created me. I didn’t create some loser alter ego to make myself feel better. Take some responsibility.

Marla: You shot yourself?
Narrator: Yes, but it’s okay. Marla, look at me. I’m really okay. Trust me. Everything’s going to be fine.

Narrator: [to Marla] You met me at a very strange time in my life. 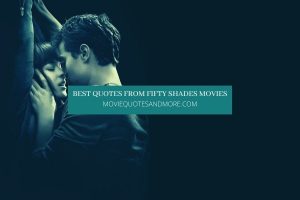