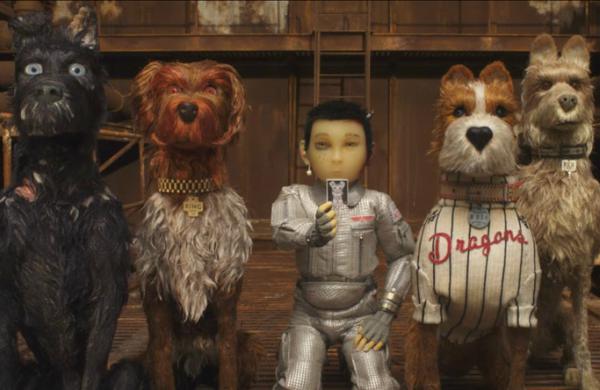 Stop-motion animated adventure comedy written and directed by Wes Anderson. The story is set in a dystopian future Japan and follows 12-year-old Atari Kobayashi (Koyu Rankin), ward to corrupt Mayor Kobayashi (Kunichi Nomura). When, by Executive Decree, all the canine pets of Megasaki City are exiled to a vast garbage-dump called Trash Island, Atari sets off alone in a miniature Junior-Turbo Prop and flies across the river in search of his bodyguard-dog, Spots (Liev Schreiber).

There, Atari receives help from some of the local dogs, Chief (Bryan Cranston), Rex (Edward Norton), King (Bob Balaban), Duke (Jeff Goldblum) and Boss (Bill Murray), who are fed up with their isolated existence and decide to protect Atari from the Japanese authorities who have come after him.

Narrator: The Japanese archipelago twenty years in the future. Canine saturation has reached epidemic proportions. An outbreak of dog flu rips through the city of Nagasaki. Mayor Kobayashi issues emergency orders calling for a hasty quarantine. Trash Island becomes an exiled colony, the Isle of Dogs.

Rex: I don’t think I can stomach anymore of this garbage.
King: Exactly.
Boss: The same here.
Duke: Words out of my mouth.

Tracy Walker: Atari Kobayashi, you heroically hijacked a Junior-Turbo Prop XJ750 and flew it to the island because of your dog. Darn in, I’ve got a crush on you.

[after landing in Trash Island, Atari shows the photo of his dog, Spot, to the pack of dogs]
Rex: We get the idea. You’re looking for your lost dog, Spots.
[to the other dogs]
Rex: Does anybody know him?
Pack of Dogs: No.

Jupiter: Spots, if he’s a live, may very well be living, even at this moment, as a captive prisoner.

Tracy Walker: Somebody is up to something.

Nutmeg: Will you help him, the little pilot?
Chief: Why should I?
Nutmeg: Because he’s a twelve year-old boy. Dogs love those.

[to Atari; referring to Spots]
Chief: We’ll find him. Wherever he is, if he’s alive, we’ll find your dog.

News Anchor: It’s going to be a fight!

[as Atari is speaking to them in Japanese]
Chief: I wish somebody spoke his language.

Rex: To the north, a long rickety causeway over a noxious sludge marsh leading to a radioactive landfill polluted by toxic chemical garbage. That’s our destination.
Boss: Great.
Duke: Got it.
Rex: Get ready to jump.


What do you think of Isle of Dogs quotes? Let us know in the comments below as we’d love to know. 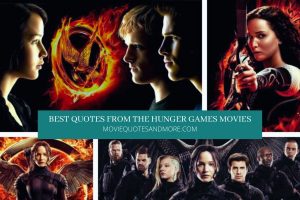