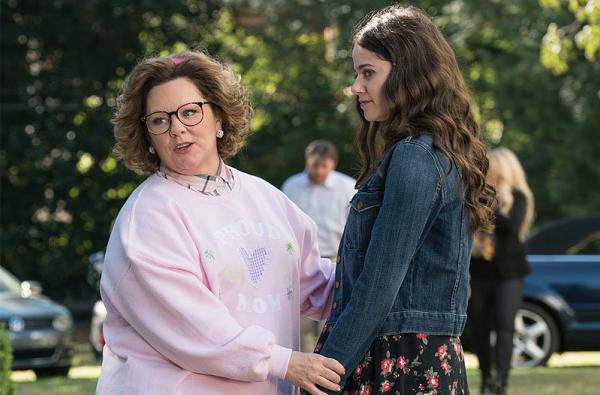 Comedy directed and co-written by Ben Falcone, the story follows dedicated housewife, Deanna (Melissa McCarthy), who when she’s suddenly by her husband, Dan (Matt Walsh), turns regret into re-set by going back to college. Winding up at the same school as her daughter , Maddie (Molly Gordon),  Deanna plunges headlong into the campus experience, embracing the fun, the freedom and the frat boys on her own terms, finding her true self in a senior year no one ever expected.

Deanna: You know what? I think I just need some cheese or something. I’m a little snackish.

Deanna: Mom, am I the only one that didn’t see it coming?
Mike: Oh, yeah. I’m going to shoot Dan.
Sandy: Mike.
Mike: Yeah!
Sandy: Put the gun down. You are not shooting Dan.
Deanna: Dad, stop waving that gun around. I know exactly what I’m going to do.
Sandy: Oh, my gosh! You almost hit Razzles! Michael, you put a hole in the stairs!
Mike: Oh, shit!
Deanna: You know what? Dan’s fault! This was Dan’s fault.

Deanna: Twenty-three years of marriage is down the tube.

Deanna: What am I doing? I am drinking alcohol on a racquetball court and yelling at old men. I mean, what am I going to do? Go get a studio apartment or start taking spin classes? Oh, God! I don’t want to start a blog. I don’t know how to do that.


[referring to Maddie]
Deanna: I don’t regret that at all, I mean, that’s the best, I mean, being her mom. I even liked being a wife. I just wanted to also have a career. I didn’t see why I couldn’t have all of those things.


Maddie: Come on, seize the day! Go for the gold!
Deanna: Yeah, at least medal, right? That’s why I’m going to go back to college and get my archaeology degree. Right here, my alma mater. I’m going to finish what I started!

Deanna: That’s why somebody’s mom just enrolled in college.
[pointing to herself]
Deanna: Beep. Beep. Beep. It’s me. I’m referring to myself. I’ll see you around the quad.
Maddie: Nobody says that, mom.
Deanna: Well I’ll bring it back.


Deanna: I want the whole experience.

[referring to her college roommate]
Deanna: We’re just kind of getting used to each other, I’m sure. She kind of mutters around the room, talking to herself. I just kind of get a Voldemort vibe from her.


Amanda: Dee, I think those guys just checked you out.
Deanna: No, they weren’t!
Amanda: Yes, they were.
Deanna: They’re probably just looking at my smock. It tends to catch the light.

Deanna: [to Maddie] I’m so proud of you for owning your power.

Jennifer: Oh, hell, no! I don’t know what’s better, the mom perm or the mom boobs.
Deanna: These allowed this one…
[pointing to Maddie]
Deanna: …. to suckle at these tits for twenty-eight months. I wear them around my waist proudly.
Maddie: Mom. We’ve talked about this, mom. This isn’t the time.
Deanna: Kapow!

Maddie: Mom, you’re a college girl now, and we got to make some changes.
[as Maddie goes to brush her hair, Deanna stops her]
Deanna: No, we don’t know where that’s been. Oh, God. That’s a lot of hair.
Maddie: Come on, let me at it.
Deanna: No! Oh, God, no!

[looking in the mirror after Maddie has straighten her hair]
Deanna: “What are you, twenty?”
Maddie: Okay.
Deanna: No, twenty-one.
Maddie: Okay.

Helen: [to Maddie] I love your mom.

[talking on the phone]
Christine: You had sex in the library! Frank!
Deanna: No, don’t tell Frank.
Christine: Deanna just had sex in a public place!
Frank: Where?
Christine: In the stacks!
Frank: In her slacks?
Christine: No, shut up, Frank.

Deanna: Uh-oh. I cannot stay out of this unbelievable chocolate.
College Kid: Well, you barfed so maybe I would probably hold off from having anymore. Just because, uh…
Deanna: What is it?
[she starts getting high]
Deanna: Oh, you have such pretty eyes.

Deanna: For twenty years I was worried about what I wasn’t doing right, what I could have been doing better. You have a moment here if you take it.

Deanna: You know what, I’m older, I’m wiser. This…
[pointing to her crotch]
Deanna: Essentially a Google. Ask me anything.
Maddie: Turn off your VGoogle.
Deanne: It can’t be turned off.
Maddie: Okay, I don’t like it. You’re scaring me.
Deanna: I think my VGoogle scared Jack last night.
Maddie: Oh, my God.
Deanna: But in a good way.
Maddie: I’m…
Deanna: Like when you intentionally go through a haunted house.
Maddie: Ew!

[as they see Dan and his new wife enter the restaurant]
Deanne: Oh, my God.
Christine: I did not know they were going to be here.

Deanne: What is on your lobe, Dan?
Dan: It’s an earring. It works for Harrison Ford.
Christine: Harrison Ford blew up the Death Star and freed a galaxy. What have you done, Dan?

Jack: So, the grapes are very, very succulent.
Deanna: Well, far be from me to turn down a succulent grape.

Deanne: How did I do?
Helen: Girl, you sweat through your pants.
Deanne: Oh, no. I love these pants.

Helen: My friend Lance who I was in a coma with is having a gathering this evening. His place is kind of a dump, but it’ll be fun!

What do think of Life of the Party quotes? Let us know what you think in the comments below as we’d love to know. 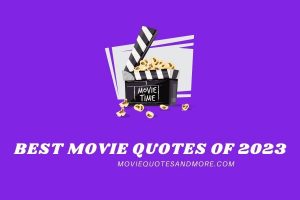