Midway New Movie Quotes – ‘You’ll remember this moment for the rest of your life.’ 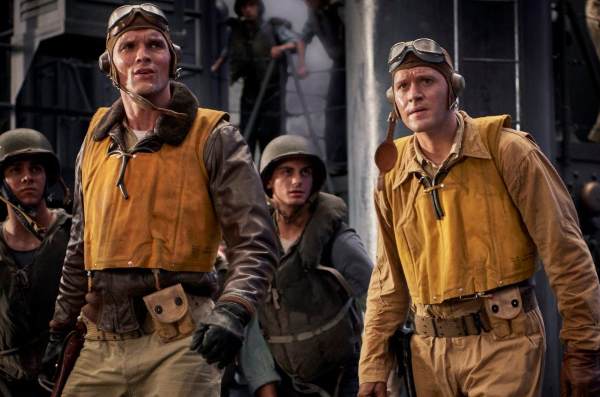 Historical war drama directed by Roland Emmerich. Based on the real-life events, the story centers on US soldiers and pilots who change the course of World War II by persevering through the Battle of Midway in June 1942, where the US and Imperial Japanese naval forces fought for four days.

LCDR Wade McClusky: The situation in the Pacific is far worse than reported.

Lt. Dick Best: [to Anne] There’s this kid. He didn’t think he could cut it. I figured it was just the usual jitter. I take him under my wing. He was right to be scared.

Lt. Edwin Layton: The Japanese are planning something bigger.

ADM Chester Nimitz: We need to throw a punch, so they know what it feels like to be hit.

ADM Chester Nimitz: At least some of the boys still want to fight.

Lt. Col Jimmy Doolittle: We got the order to launch.

Lt. Dick Best: We’re talking about a couple dozen planes against all the Japanese fleet. This isn’t a fair fight.

Lt. Dick Best: If we lose, the Japanese own the west coast. Seattle, San Francisco, Los Angeles, will burn.

Lt. Dick Best: You’ll remember this moment for the rest of your life.

Lt. Dick Best: If you know that you came through, when people are counting on you, you’ll be able to face anything.

What do you think of Midway quotes? Let us know what you think in the comments below as we’d love to know.