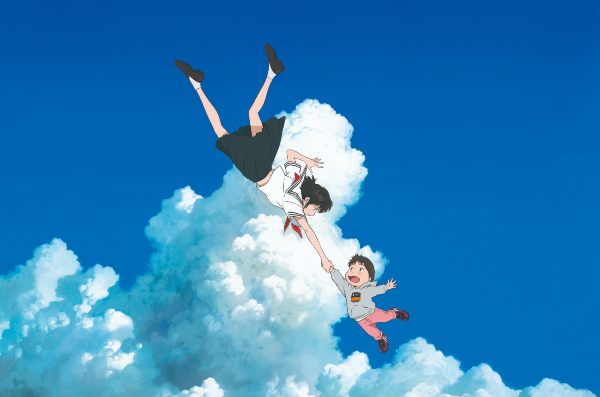 The Japanese animated film Mirai of the Future flourishes under the light of Asian familial values, showcasing their contribution to the events and conditions surrounding one’s life. Kun, a toddler in a nuclear family, begins to encounter the emotional conflicts of no longer being an only child. With each tantrum made over his mundane, petty hardships of lost attention, Kun encounters mystical phenomena when approaching the tree standing at the center of his home. All of these ventures relates to family members in both his past and future, exposing qualities of their lives relating to his childish contentions. Given this synopsis, one would expect this narrative to reflect the qualities of either a coming-of-age story or that of “A Christmas Story”, but surprisingly does neither.

I found that while Kun does grow, he does not develop anything more than a sense of self, holding on to his attitude and failing to mature even in his teenage years. This enduring characteristic results in distaste experienced by American audiences. As a western consumer, I often expect closure and strong character development, interpreting these elements as pivotal components reflecting an approaching resolution to a story. This film successfully achieves development in the narrative without catering to such needs. Instead, its success is found in the believability of each character’s behavior, and the values of a familial love that can be discovered through it.

The world to a toddler can appear large despite the limitation of one’s home at that age. Because of this, Kun’s house becomes a character in and of itself. It is elaborate yet simple, open yet small, showcasing a structure that can be fantastically and entirely viewed from the front entrance. His architect father somehow made their home unique, cozy, and one-of-a-kind for his family. Most of the narrative explores the three floors separated by a quick set steps and a peculiar open yard in the middle. Time seamlessly transitions from scene to scene using continuity between these floors. Quickly, these spaces become familiar sights that comfortably occupy our perceptions of the home. I soon realized I knew more about the books next to their beds than the characters themselves.

The seamless mesh of computer-generated imagery and drawn animation provided such consistent details of each nook and cranny: from their houseplants and mismatched floorboards to their family-shared bed and not-so family-shared blankets. I know all this, yet I still don’t even know their surnames or ages. Still, with just this wholesome connection with their lifestyles and the living space, I felt content and welcomed toward viewing what else the narrative had to offer. My interest in understanding what kind of minds felt compelled to dwell in such an architectural anomaly grew with each passing second.

Growing in the open center of the yard is the biggest abnormality in their home, the lush family tree. It provides lessons for Kun and windows into the lives of those in his family, lessons he uses more to know where he came from than to where he’s going. Like many other children-oriented anime films, actions and reactions towards these certain events become ungrounded or overlooked in exchange for whimsical, light-hearted behaviors. The lack of answers grips hard to the shoulders of its audience, trusting with its deep starry-eyed stare that they’d simply instead hold fast onto their suspensions of disbelief. The film truly tests this resolve, pushing the implausible more and more with each venture, and in turn, is making Kun’s world seem ever more vast. I found myself learning about his family through feelings alone and was intrigued by my reliance on it.

Despite the fantastical experiences Kun is pushed through, hard facts can only be picked up in glimpses by passing conversation or the sheer love and trust the individuals would give each other. Despite Kun serving as our eyes, the rest of the family becomes the true character I wished to learn about and witness grow. I craved knowledge of where they came from and where they were going, finding myself like Kun when being thrown back into the present, forced to be content with the little taste they gave me from each of their stories. ‘What now?’ I find myself asking. What can Kun, a bumbling toddler, really do with this information other than overcoming the tantrum he just had? Perhaps just simply knowing is enough.