Netflix action thriller directed by Millicent Shelton. End of the Road (2022) follows recently widowed mom Brenda (Queen Latifah), who relocates across the country with her kids and brother, Reggie (Chris ‘Ludacris’ Bridges). The family’s move is thrown into complete chaos when they witness a murder on their road trip. Alone in the New Mexico desert, they have to fight for their lives when they become the targets of a mysterious killer, who will stop at nothing to find them.

'A house ain't a home. Home is us. As long as we're together, none of us are ever homeless.' - Brenda (End of the Road) Click To Tweet

Kelly: Just so you know, you’re ruining my life.
Brenda: Well, thank you for sharing. Where’s your uncle?
Kelly: I don’t know. The string I tied to him broke.
Brenda: Chill with the smart mouth, okay?

Brenda: Where you been?
Reggie: I was just saying some last-minute goodbyes.
Brenda: Really? Because you smell like you’ve been smoking weed.
Reggie: What? You tripping. That’s my new body spray.

Reggie: Now what kind of uncle shares a joint with his teenage niece?
Kelly: The kind sitting right in front of me.
Reggie: One and done. Puff and pass.

Brenda: Heavenly Father, please bless and protect us on our journey to our new life. In your name, we pray. Amen.

Kelly: Mom, what’s wrong?
Brenda: Nobody has said a word in three and a half hours.

Brenda: And I was hoping we could be like other families and converse. You know, talk.
Kelly: No. Why?
Brenda: Because that’s what families do on car trips. Yeah, I know, right? It’s crazy. But people joke. They sing songs. They play car games.
Reggie: No, that’s what they do in the movies.
Cam: Yeah. Mom, I think you’ve mistaken this for 1983.

Cam: My declarative statement is moving to Texas sucks.
Kelly: I agree. Look at that! End of conversation, right?
Reggie: That’s right.
Brenda: You got that. Whatever. Bunch of lightweights.

Cam: Question is, do any Black people live in Houston, or will it just be us?
Brenda: Do any Black people live in Houston? What? You ain’t heard of Megan Thee Stallion? Yes, you have. I know you have. How about Destiny’s Child?
Cam: Who was they?
Brenda: Willie D!
Reggie: Scarface.
Brenda: Scarface, see? Geto Boys.
Cam: I don’t even know who those people are.
Brenda: Come on.
Cam: Who are those people?
Brenda: You need to study hip-hop history.

Reggie: Well, this is some serious Area 51 s**t out here. Y’all know what happens next, right? The car’s going to stall out, then we’ll get hit by a tractor beam, and lifted up in a UFO.
Kelly: Oh, my God.
Reggie: Next, we’ll be strapped down on our stomachs with big-eyed aliens probing our a**.
Cam: They won’t do that to you, Uncle Reggie.
Reggie: Why not?
Cam: Because the aliens only want to study intelligent life-forms.

Reggie: Intelligence can be such a burden sometimes.
Kelly: Yeah. Especially to the people around you.

Kelly: You know we love you. Okay? You’re our little teddy bear.
Reggie: Get off. Get off me. Whatever. I just ain’t lived up to my full potential yet. One day, I’m going to surprise every damn body. Even myself.

'Intelligence can be such a burden sometimes.' - Reggie, 'Yeah. Especially to the people around you.' - Kelly (End of the Road) Click To Tweet

Cam: Are we homeless people?
Brenda: What?
Cam: Because technically, we don’t have a home.
Brenda: Listen, little man. It’s not your job to worry about things like that. It’s your job to be a kid, and it’s my job to be your mom, and make sure that you and your sister are taken care of. Okay?

Cam: Will we ever have a home again?
Brenda: We will. But, you know, a house ain’t a home. Home is us. You, Kelly, Reggie, me. As long as we’re together, none of us are ever homeless.

Reggie: Family announcement. Nobody, I mean, nobody go in that bathroom for at least two hours. It’s probably smart to wear a hazmat suit too. Just a fair warning. Do I look lighter?

Brenda: Everybody, just get some sleep. We got a long day ahead of us on the road tomorrow.
Kelly: Yeah, like I’ll sleep when Reggie starts snoring.
Reggie: Hey! Now you know I don’t snore.
Kelly: And Kim Kardashian’s butt is real.
Cam: Uncle Reggie, on the Richter scale, you’re like an eight point five.
Reggie: You know y’all are adopted, right?
Cam: What?

Reggie: [as they hear noises from the next room] What the hell is going on? Somebody throwing a party or something?
Brenda: It’s four in the morning, Reg.
Reggie: That’s when the best parties get started.

Hammers: I want to talk to the folks staying next door.
Officer: Nice family of four. I let them go, sir.
Hammers: Let them go?

Hammers: Son, how many murders have you investigated?
Officer: One.
Hammers: If that family can ID the killer’s voice, then they are in danger. And you’re going to have four more murders on your conscience. I need to talk to that family.

Hammers: [over phone] I need you to come back.
Brenda: I’m sorry, Captain. I just want to get my family as far away from that motel as possible.

Hammers: I got a bad feeling about this.

Reggie: All my life, everybody say I’m the family f***-up, right?
Brenda: No comment.
Reggie: This time, Reggie ain’t the problem. Reggie’s the solution.

Brenda: [referring to the bag of money Reggie took] Have you lost your damn mind?
Reggie: Bren, the dude was dead. I mean, like his heart had stopped.
Brenda: I’m a nurse! I know what a dead dude is. And you thought you were just going to take this, and make our lives better?
Reggie: This money could save our lives.
Brenda: It can end our lives!
Reggie: Bren, just say thank you. Stop looking on the dark side.

Reggie: [referring to the bag of money] He ain’t going to coming back for this.
Brenda: And what if he does? Huh? What, are you going to turn into some street gangster? Instead of the assistant manager at Chick-fil-A?
Reggie: Hey, that’s an elite position. Okay? I had to work my way up to that. You know how many drug tests I had to pass? That hurt.

Brenda: We are not criminals.
Reggie: We the next best thing. We Black.

Reggie: [to Brenda] You’re right. You have every right to be angry. Let’s just keep half the money.

Val (Distorted Voice): [over phone] This is our game, Brenda. You don’t make the rules. Mr. Cross does.

Brenda: We’re seeing a whole new part of the country. Maybe we should take advantage of it. You know, soak up some culture.
Kelly: Seriously? This place has culture?
Brenda: Look, after last night, I just think we all need to relax and breathe a little. Feel like normal people again.
Reggie: Ain’t nothing normal about this place.

Reggie: Brenda, you my big sister, I love you. But you definitely just messed up the best thing that could have ever happened to us. That money would’ve got rid of all our problems.
Brenda: All money is not good money, Reg.

Reggie: [to Brenda] You know what? Maybe I am just an assistant manager at Chick-fil-A. That don’t mean I don’t have my own dreams too. And you killed those dreams. I was just trying to make things better. That’s all I was doing.

Brenda: Seems like every day the man upstairs is testing us.

Val (Distorted Voice): [over phone] You have something of his, Brenda. And now Mr. Cross has something of yours.

Hammers (Distorted Voice): [over phone] You have two hours to retrieve my money. Then bring it back to Old Bravo and call me. Or your son is dead.

Brenda: [to herself] You better not hurt my baby.

Kelly: The last three months of my life have felt like a bad nightmare that just keeps getting worse.

Kelly: Reggie, come on. Please tell me what’s going on.
Reggie: I messed up, Kelly. I messed up big-time.

Brenda: This woman here, she stole my property, but I got it back now. So I’ll just go get my car and go now. I don’t want any trouble.
Mace: Well, that’s too bad. Because it looks like you got it.

Hammers: Now, how about we cut the bulls**t? There’s a fortune in missing drug money. And if your mom’s got it, she’s in a whole world of danger.

Hammers: You want to see your mom and brother alive again? You need to tell me where they are. Or don’t. It’s their funeral.

Skinny: Mace, b**ch shot off my leg!
Brenda: I missed! I was aiming for your balls. I got one more shot in this gun. Who wants it?

Reggie: [to Cam and Kelly] Listen to me, nothing bad is going to happen. Okay? I will not let anything bad happen to y’all. Once your mom gets here with the money, they’ll let us go. I promise. You hear me?

Brenda: [over phone] Where’s my family?
Val: We’re sending you a family portrait.
Hammers: [as they send Brenda a photo of Reggie, Kelly, and Cam] Don’t be late. Or the throat cutting starts without you.

Kelly: This is the trap for Mom, and he’s using us as bait. Reggie, we have to find a way out of here.
Reggie: Yeah, how? This place looks like Jigsaw’s basement.

Reggie: [to the barking dog] Shut the hell up, Cujo, before I whoop your a**!

Reggie: [to Hammers] You can take this country, “aw, shucks”, fake Southern hospitality bulls**t, and shove it right up your tight cowboy a**.

Val: [to Cam] Well, look at you, little man. You ain’t going to shoot me.
Kelly: [as she takes the gun from Cam] You’re right. He won’t. But I will. Drop the knife.

Reggie: Let’s get the f*** out of this psycho house.

Kelly: Mom, Reggie, he kept us all safe.
Brenda: Thank you, Reg. Thank you for my children.
Reggie: They’re all I got. You too, big sis.

Kelly: Mr. Cross is an Arizona State Trooper. He’s the captain.
Brenda: What?
Cam: Capt. Hammers is Mr. Cross.
Kelly: And he’s corrupt, and evil, and his crazy wife is just as bad. They were going to kill all of us.

Reggie: You a smart kid, you know that?
Cam: Thanks.
Reggie: Become a scientist when you grow up. Help change the world for the better. Make Uncle Reg proud.
Cam: I got you, Uncle Reg.

Reggie: [as Hammers and Val are chasing them] It’s us or them.

Brenda: Nobody messes with my family.

Hammers: [to Brenda] This is my game! You broke the rules.
Val: Bye-bye.

Brenda: [to Kelly and Cam] This nightmare is over. I got you. I’m never letting go. Never.

Brenda: Cam, Kelly, do not look at him like that. He is not a good role model.
Reggie: Excuse me, I’m a great role model.
Brenda: We got to give this money back to, I don’t know. Somebody. Right?
Kelly: Mom, we’re keeping it.
Cam: Restitution.
Reggie: Looks to me like you’ve been outvoted, big sis.

Brenda: Let’s put this money away. We don’t need no problems. Texas ain’t got nothing on Arizona. 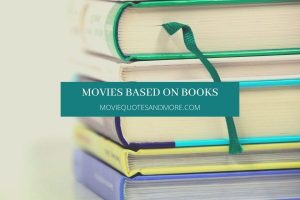