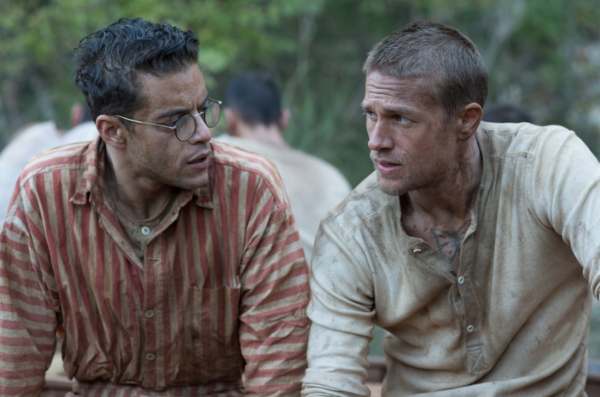 Bio-drama directed by Michael Noer and tells the story of Henri “Papillon” Charrière (Charlie Hunnam), a safecracker from the Parisian underworld who was unjustly convicted of murder and condemned to life in a notorious penal colony on Devil’s Island in French Guiana, South America. Determined to regain his freedom, Papillon forms an unlikely alliance with quirky convicted counterfeiter Louis Dega (Rami Malek), who in exchange for his protection, agrees to finance Papillon’s escape, ultimately resulting in a bond of lasting friendship.

Henri ‘Papillon’ Charrière: This is a frame-up.

Julot: Papillion, right? You got money? Get some. You’ll never escape without it.

[to Papillon]
Julot: Louis Dega. The guy is a millionaire, he won’t last long.

Henri ‘Papillon’ Charrière: [to Louis] There are a lot of eyes in her, my friend. With all that money you’re carrying I could keep you safe.

Louis Dega: [to Papillon] Keep me alive, I’ll underwrite any escape you can arrange.

Louis Dega: [to Papillon] Something tells me you can be quite savage.

[to the prisoners]
Warden Barrot: You are the property of the Penal Administration of French Guiana.

[to the prisoners]
Warden Barrot: I know many of you are thinking about escape. Feel free to try whenever you like. There are two guardians who are always guilty. The bush, about the best thing that can happen to you is starvation, or you could choose the sea. The white sharks are always hungry. If you manage to survive your first attempt, you’ll get two years in solitary. Second attempt, you’ll get a life sentence at Devil’s Island. Strange things happen there, especially to those who cling to hope.

Louis Dega: [to Papillon] This is your best chance.

Louis Dega: [to Papillion] Fee to come with you.

Henri ‘Papillon’ Charrière: If I ever get out, I’m going to live a different kind of life.

What do you think of Papillon quotes? Let us know what you think in the comments below as we’d love to know. 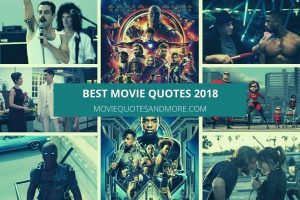