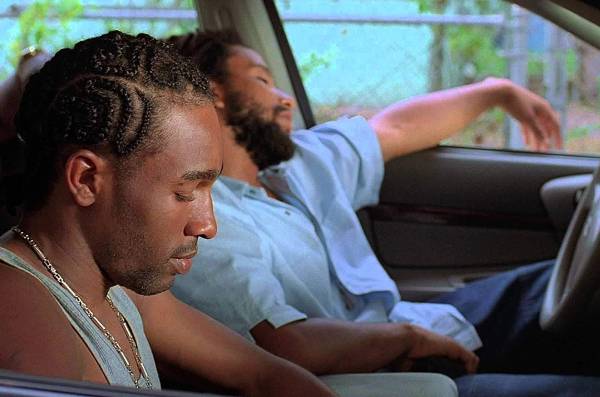 This is arguably the greatest Jamaican gangster film of all time and possibly one of the funniest gangster films ever made. Regardless of whether or not you understand Jamaican patois it will have you in stitches from start to finish.

It surrounds two young men who commit many crimes from selling drugs to extortion. The film stars best friends Wayne (Spragga Benz) and Biggs (Kymani Marley). They live on a rough and menacing street in Kingston, Jamaica where there is not really much good for them. The troubling pair as children end up robbing a truck as well as murdering the driver. With the huge amount of money they purchase visas to hustle on the streets overbroad, this being in Miami.

Things go from strength to strength for Wayne and Biggs and they are soon “Kings of Miami”. Twenty years later Biggs is lamentably sent back to Jamaica where he meets up again with Wayne and their deranged bredrin Max (Paul Campbell). They rob various places and extort businessmen as well, through a few crimes Wayne’s younger brother Blacka is murdered. Biggs said at one point in the film “Once you’re a shotta, you’re a shotta forever.” This is the defining moment of the whole film really. Good message to all the youths that when you get involved in something so serious it is quite difficult to get out. They have numerous with politicians and police which eventually forces the three of them to head back to Miami to carry on with their criminal activities.

When they arrive back in Miami they assume that they will be running the place with ease but at first this is far from the case. They are enlightened that Miami has a new king and someone else who is running the city. A man called Teddy Bruck Shot. The three of them visit him to threaten and let him know that they are back in the city and they are here to take back what is rightfully theirs. They dominate, beat, take over and murder their way to be at the top of the Miami crime scene. They have to go through many obstacles on their way such as threatening a fat man before slicing his neck open to having to see their friend brutally murdered at a party. All of these situations do not better the guys to change their ways it only fuels them into murdering more people and then ultimately getting more money and more power.

All good things come to an end, this end is at Biggs’ house where there is a disastrous shootout where Wayne is shot and murdered and Max is wounded. Biggs goes to take Max to the hospital and tells them he does not know him, as he is looking to get out the country as he is living illegally as well as murdering people which is never a healthy sign. Biggs then goes to Teddy’s house to murder him, his girlfriend and his bodyguard. Biggs robs Teddy of all of his money and hops on a boat.

It is at times a very emotional film but one to recommend. A film which is referenced by many rappers such as 21 Savage and Kodak Black. Shottas is a crime film which needs to be watched with attentiveness and an interest in the language which is spoken by the characters. All in all a good watch from start to finish.