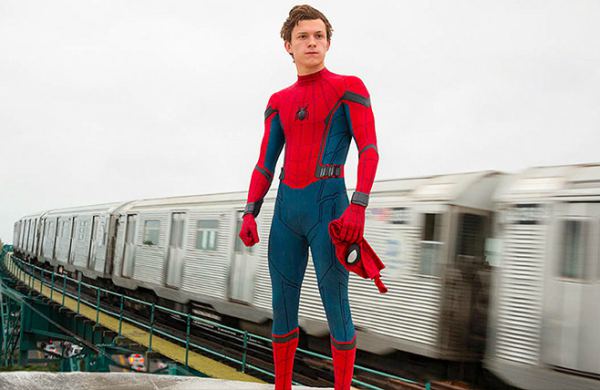 Marvel sharing the rights of Spider-Man with Sony evidently paid off from the positive reviews from Spider-Man: Homecoming. Being able to witness two studios coming together to do a beloved comic character justice is a childhood dream come through. So far movie-goers have been treated with two incarnations of Spider-Man, the film with Tobey Maguire and the other with Andrew Garfield. In my opinion, the latest incarnation of the film pays tribute to these two Spider-Man films by merging the wits and brawn of Spider-Man in this latest film which stars Tom Holland.

Director Jon Watts has managed to develop the character fully together with producers Kevin Feige and Amy Pascal in staying true to the comic book iteration of Spider-Man which shows a young Peter Parker who grows up through high school into the friendly neighbourhood Spider-Man.

The film takes place after the events of the first Avengers film which is the Battle of New York and due to the extensive damage that the invasion of the Chitauri, Adrian Toomes (Michael Keaton) and his associates are helping to salvage the alien weaponry and assisting with the clean-up. However, Tony Stark and the government steps in to form the Department of Damage Control which puts Adrian and his associates out of business as they have strict orders to hand over the alien technology or risk being prosecuted.

This angers Adrian and his associates as they are doing this in order to get stable incomes to support their own families. Refusing to take this lying down, Adrian assumes the identity of the Vulture and his associates assumes the role of Shocker. These two are villains that have antagonized Spider-Man time and time again. The Vulture uses stolen alien technology to upgrade his suit, while Shocker has gauntlets which are reminiscence to that worn by Crossbones in Avengers: Age of Ultron.

The storyline is very solid as both main and minor characters are given specific roles to play and they do play them well. Tom Holland does a spectacular job of interchanging personalities between playing Peter Parker and Spider-Man. However, I felt that during the plane fight scene with the Vulture, the special effects overwhelms the action in the scene that I had a hard time differentiating the movement of the characters. Though the film showed that anyone could fit in into the role of a villain, it left the character of Shocker vastly underutilized as I was hoping to see a team-up of some sorts between Vulture and Shocker in taking Spider-Man or Iron Man down for taking their jobs away.

I am glad that Happy Hogan (Jon Favreau) and Pepper Potts (Gwyneth Paltrow) made a return in this film which helps join the film and to ensure continuity in terms of plot and character development. The dialogue and banter between the characters were very well done and thought out as each statement they made had either a tongue in cheek response or was simply funny to begin with. We get to see many Easter eggs thrown in for good measure such as the cameo of Stan Lee, image of Electro on Peter’s T-Shirt (flashback to the Amazing Spider-Man 2), the scene where Spider-Man was holding the sinking ship together (Spider-Man 2), Captain America’s motivational videos, the mention of Slovakia’s Accords, the Avengers and even remnants of Ultron’s head.

I felt that they made Spider-Man more relatable in today’s context and Aunt May (Marisa Tomei) had a greater presence in this film, but I hope that in the sequel, she plays a more motherly role in helping Peter realise his responsibility of being a hero (she now knows his real identity as Spider-Man). Towards the end of the scene, we get to see an interaction between with Adrian and Gargan which is actually alluding to a potential collaboration between the Vulture and Scorpion (Gargan’s neck has a scorpion tattoo). Hopefully, it sets up a Sinister Six plot with the introduction of Shocker and Tinkerer (Michael Chernus) who will have larger roles in the upcoming sequel.

The soundtrack does fit into the film very nicely with the Spider-Man and Avengers theme being played at certain scenes. It is a nice touch in paying tribute to those that were involved in creating these characters in the first place.

Spider-man: Homecoming does open many opportunities for more captivating stories to be used, more rogues to be use and many characters such as Peter Parker’s friends who will play a more integral role such as the introduction of Michelle “MJ” Jones which could symbolise MJ as in Mary Jane, Peter’s love interest in the comics. With the new AI suit, the goal is for Peter to wear that variation of Tony Stark’s suit in the showcase as it looks more advanced and we could see it show up in the upcoming Avengers: Infinity War film. I would like Tony to interact more with Peter as he is a good father/mentor figure since we do not get to see the death of Uncle Ben flashbacks like those in the previous two films.

Definitely a much recommended and must watch film for both new and old superhero movie-goers! It makes me excited for the next phase of Marvel’s films and it has been implied that Spider-man will be the one that will lead the Avengers forward after Infinity War – so we will just have to wait for more adventures and a shared universe with Spider-Man and more so since the Venom standalone film is in production at Sony Pictures.

[secretly filming the Avengers about to fight in the airport]
Peter Parker: There’s Captain America, there’s Iron Man. Whoa, look at that new guy, who’s that?
[we hear Stark calling out for Peter]
Tony Stark: Underoos!
Peter Parker: That’s my queue, I got to go.

[continuing to film himself as the Avengers are fighting at the airport]
Peter Parker: I can’t fight with Captain America, and I stole his shield and I threw it at him…
[just then we see Ant-Man make himself big behind Peter]
Peter Parker: What the hell? He’s big now, I got to go.

[filming himself describing the airport fight scene between the Avengers]
Peter Parker: It was the most amazing that’s ever happened. So Mr. Stark was, “Hey, Underoos!” and I just sort of flipped in…
[there’s a knock on his door]
Peter Parker: Hey, just a second. Coming!
[Peter backflips and lands right by the door when Hogan enters]
Peter Parker: Hey.
Happy Hogan: They have thin walls here.

[as he catches four thieves with Avengers masks on robbing some ATM machines]
Peter Parker: What’s up, guys? Wait a minute. You guys aren’t the real Avengers. I can tell, Hulk gives it away.
[then he proceeds to quickly take all of them out]
Peter Parker: New move I’m working on. Not bad. That was awesome.

[as they are both staring at Liz Allen]
Peter Parker: Is that a new top?
Ned Leeds: No, you’ve seen that before. Never with that skirt.
Peter Parker: We should probably stop staring before it gets creepy though.
Ned Leeds: Yeah.
Michelle: Too late. You guys are losers.

Michelle: Hey, where are you going? What are you hiding, Peter.
[after a pause]
Michelle: I’m just kidding. I don’t care. Bye.

Peter Parker: I get to keep the suit?
Tony Stark: Of course, it doesn’t fit me. But this does not mean you’re an Avenger, in case you were wondering.

Peter Parker: I can keep that suit?
Tony Stark: Yeah, it doesn’t fit me.
Peter Parker: When’s our next “retreat”?
Tony Stark: What, next mission? We’ll call you, alright?
[Tony reaches over Peter, thinking that he’s hugging him Peter puts his arm around Tony]
Tony Stark: That’s not a hug. I’m just grabbing the door for you. We’re not there yet. Alright, kid. Good luck out there.

Peter Parker: So, to become an Avenger, are there like trials or an interview?
Tony Stark: Just don’t do anything I would do, and definitely don’t do anything I wouldn’t do. There’s a little grey area in there and that’s where you operate.
Peter Parker: Oh.
Tony Stark: Alright.
[just then Tony reaches over Peter, thinking that he’s hugging him Peter puts his arm around Tony]
Tony Stark: That’s not a hug. I’m just grabbing the door for you. Alright, kid. Good luck out there.

Tony Stark: [to Peter] Listen, I know school sucks. I know you want to save the world, but you’re not ready yet. Stay close to the ground, and stay out of the trouble. Forget the flying monster guy, there are people who handle this sort of thing.

Tony Stark: [to Peter] Do me a favor, can’t you just be a friendly neighborhood Spider-Man? Just stay close to the ground.

[whilst in class Peter is looking at a YouTube video of himself as he was helping the Avengers in Civil War]
Teacher: Peter! You still with us?
Peter Parker: Uh… Yeah, yeah.
[he quickly closes his laptop]

Ned Leeds: Hey, Peter. Are you going tonight?
Peter Parker: I can’t tonight. I got the Stark internship.

Peter Parker: Mr. Stark, here’s my report for tonight. I stopped a grand theft bicycle. Oh, I helped this old lady and she bought me a churro. So, that was nice. I just feel like I could be doing more.

Man: You got to get better at this part of the job.
Peter Parker: I don’t understand. I’m intimidating.

Peter Parker: This is my chance to prove myself.
Ned Leeds: But we have a Spanish quiz.

Ned Leeds: Can you summon an army of spiders?
Peter Parker: No, Ned. No.

Ned Leeds: There’s a ton of other subsystems in here, but they’re all disabled by the Training Wheels Protocol.
Peter Parker: I’m sick of Mr. Stark treating me like a kid!
Ned Leeds: But you are a kid.
Peter Parker: Yeah, a kid who can stop a bus with his bare hands!

[referring to Captain America]
Ned Leeds: Do you know him too?
Peter Parker: I stole his shield.

Ned Leeds: [to Peter] Can I try the suit on?
[cut to Ned with the Spider-Man suit on]
Ned Leeds: Badass.

[on the phone]
Liz Allan: Peter, what is going on with you?
Peter Parker: I’m really sorry. I’m so busy, I’m slammed.

Adrian Toomes: The rich and the powerful like Stark, they don’t care about us. We have to pick up after them, we have to eat their table scraps.

Adrian Toomes: I want you to understand, I’ll do anything to protect my family.

[to Peter and Ned]
Adrian Toomes: The world’s changing, boys. It’s time we change too.

Adrian Toomes: These alien bastards are tough, you got to use the stuff they use.

Adrian Toomes: Eight years without any trouble from those bozos up in Star Tower, and this little bastard in red tights shows up and he thinks he can tear down everything I built. We’re going to put them out of business, we’re going to take everything they got.

Adrian Toomes: I know you know what I’m talking about, so don’t mess with me. Because I will kill you, and everybody you love.

Happy Hogan: I’ve got a plane full of brand new Avengers weaponry to load up.

Peter Parker: Someone is collecting stuff from the Avengers battles and building these crazy weapons.

Spider-Man: [to some thugs] You legal weapons barrier was at 2:30. You missed it.

Peter Parker: I screwed up.
Aunt May: You need to stop carrying the weight of the world in tour shoulders.

Peter Parker: That guy is still out there, I’ve just got to do this on my own.

Adrian Toomes: [to Peter] You’re not going to stop me!