Blum House Production horror directed and co-written by Scott Derrickson. Set in the 1970s, The Black Phone (2022) follows young Finney Shaw (Mason Thames), who is abducted by serial killer The Grabber (Ethan Hawke), and trapped in a soundproof basement. When a disconnected phone on the wall begins to ring, Finney discovers that he can hear the voices of The Grabber’s previous dead victims who are set on helping Finney escape.

Gwen: I don’t know. Everyone says Fonzie or Richie. Millie says Potsie, but I don’t think anyone should ever trust anyone who wants to grow up and marry Potsie. I think I’ll just stick with my current plan and marry Danny Bonaduce.
Finney: You’re not going to marry a member of the Partridge Family.
Gwen: He’s so crucial. I love his voice.

Finney: [referring to the missing child poster] It’s new.
Gwen: What?
Finney: The flyer. Mr. Yamada is putting them up again. You don’t think they’re going to find them, do you?
Gwen: Not how they want to.

Gwen: [referring to Moose] Well, he was stupid to pick a fight with Robin Arellano. He’s the toughest kid in school since The Grabber got Pinball Vance Hopper.
Finney: I wish you wouldn’t call him that.
Gwen: Everyone called him Pinball Vance.
Finney: No, I mean…
Gwen: I know who you mean, jerk face. Even the papers call him The Grabber.
Finney: Just, I wish you wouldn’t say his name.

Robin: You’re going to have to stand up for yourself one of these days.
Finney: Yeah, I know.

Gwen: [to Wright and Miller] You think I kidnapped Vance Hopper last spring? Is that it? Vance got held back twice. I’ve seen him fight, and trust me, he could kick the s**t out of either of you blindfolded.
Principal Keller: Gwen, watch your language.
Gwen: Yeah, I took him down, because obviously I’m The Grabber, you dumb f***ing fart knockers.

Detective Wright: Gwen, what aren’t you telling us?
Gwen: That sometimes my dreams are right.

Gwen: [after Robin’s abducted by The Grabber] I’m really sorry, Finney. I know he was your friend.
Finney: Don’t say “was”. He is my friend.

Finney: Gwen. Can you do that dream thing?
Gwen: It doesn’t work that way.
Finney: Have you tried?
Gwen: Of course I have.
Finney: Well, try again. Please.

Gwen: Jesus, I know you know what I’m going to ask you, but I’m going to ask you anyway. My brother, he needs his friend. And I know you can’t just let him go, because you don’t interfere or whatever. I don’t know the rules. But if you could help me have a dream or two, and just see something that could help the police, or me, or anyone find him, I will follow you forever.

The Grabber: [to Finney] I know you’re scared. But I’m not going to hurt you anymore. What I said about snapping your neck, I was angry, is all. And you did a number on my arm. I’m not going to hold it against you. I guess, now we’re even.

The Grabber: [to Finney] You don’t have to be scared, because nothing bad is going to happen here. On that I give my word, Johnny.

The Grabber: [to Finney, referring to the black phone] It doesn’t work. Not since I was a kid. Hang it up.

The Grabber: I know you’re scared and you want to go home. I’ll take you home soon. It’s just that everything’s all f***ed up. I got to be upstairs for a while. Something’s come up.
Finney: What?
The Grabber: Never mind what.
Finney: Did someone see something? Are the police coming? If you let me go before they get here, I promise I won’t tell.
The Grabber: It’s not the police.
Finney: Someone though? Someone’s coming?

Finney: You’re the one who killed the others. Bruce. Robin.
The Grabber: That wasn’t me. That was someone else. I will never make you do anything that you won’t like.
Finney: If you try to touch me, I’ll scratch your face. And whoever’s coming will see and ask why.
The Grabber: [points to his masked face] This face?

The Grabber: Hang up the phone now. I was down here once when it rang. Ooh. The creepiest damn thing. I think it’s static electricity that does it. It went off while I was right next to it. I picked it up without thinking, to see if anyone was there.
Finney: Was there?
The Grabber: No.

Finney: [over phone] Did the phone ring for you?
Bruce: It rang, but none of us heard it. Just you. The Grabber hears the phone too, but he doesn’t want to believe it.

Finney: [over phone] Why are you calling me?
Bruce: Your arm is mint. You almost had me. I’m glad it’s you.

The Grabber: I made you some breakfast.
Finney: What did you put in that?
The Grabber: Salt and pepper. Oh, eat it, don’t eat it. You’re already down here. What do I need to drug you for?

Billy: [over phone] Don’t go upstairs.
Finney: Why not?
Billy: It’s a trap.

Finney: [over phone, referring to The Grabber] What is he doing?
Billy: He’s waiting, on the other side, with that f***ing belt. He didn’t say you can leave, so if you try, he’ll punish you. He’ll beat you with that belt until you pass out. It hurts, kid. It hurts real bad. You’ll cry. You’ll beg him to stop. We all did. But he just keeps beating you.

Billy: [over phone] See the wall in front of you? See how the wall is separated from the floor?
Finney: Yeah.
Billy: I tore a long cable loose from down there. I kept it hidden.
Finney: What am I supposed to do with that?

Terrence: Gwen, your mother, she was a special soul. And she was smart, just like you. But, sweetheart, she was also touched. She saw things, and she heard things. And she just became so convinced that her dreams meant something. And eventually, they told her to do things. Terrible things. And so, she took her own life. But they weren’t real, sweetheart. They just weren’t real.

Terrence: [referring to Gwen seeing things in her dream] I don’t want that future for you, sweetheart. Do you understand?
Gwen: But what if it could help me find Finney?

Finney: You could let me go.
The Grabber: I’m thinking about it.
Finney: I promise I won’t tell anyone. You can blindfold me, drop me off on the street, and I’ll walk home.
The Grabber: Well, tell me your name.
Finney: Taylor. Taylor Mullen.
The Grabber: [tosses him a copy of the newspaper] I was really starting to like you. Finney. I almost let you go.

Griffin: [over phone] I imagine you know all our names.
Finney: Every kid does.

Finney: [over phone] I didn’t know you.
Griffin: Nobody did. You spend so many years invisible, and then every kid in the state knows your name.

The Grabber: [after he catches Finney trying to escape] You say one f***ing word, and I will gut you like a pig right here in the street. And strangle you with your own intestines. Nighty night, naughty boy.

Gwen: Jesus, what the f***? I mean, what the f***? I ask you for help, and you give me these clues that don’t mean anything. And now this morning, I wake up without any dream at all? Seriously, what the hell is wrong with you? You let The Grabber take Finney, right? And don’t tell me that you don’t get involved, because you’ve been giving me these dreams. Unless, maybe you’re not even real.

Vance: [over phone] Right here. This is it.
Finney: This is what?
Vance: The horrifying nightmare end of your pathetic little life.
Finney: Holy s**t. You’re Vance Hopper. I remember you. You used to scare me.
Vance: Trust me, Finney Blake, if you knew what you had coming, you’d be f***ing terrified. Today’s the day, m**herf***er!

Finney: Thank you.
Vance: For what?
Finney: For helping me.
Vance: Helping you? This isn’t about you. F*** him!

Robin: [over phone] I’m with you. I’ve been with you this whole time.
Finney: You have?
Robin: A man never leaves a friend behind. My dad didn’t leave his buddies behind when he went to ‘Nam. That’s why he didn’t come home. And I’m not coming home either. And I’m not going to leave you behind.
Finney: We’ll be together again soon.
Robin: F*** that. You ain’t going to go like I did.

Robin: [over phone] “Someday” is today, Finn. Today’s the day you stop taking s**t from anybody.
Finney: I’m not a fighter like you, Robin. You couldn’t even take him.
Robin: You’ve always been a fighter, Finn. That’s what we have in common, why we were friends. You were always afraid to throw a punch, but you always knew how to take one. And you always got back up, every time.

Finney: [over phone] I’m not strong enough.
Robin: You have to be. You’re getting out of here. If you can’t do it for you, do it for me.
Finney: What does it matter?
Robin: Because I don’t want to die for nothing. I want to at least have died for a friend. And because I can’t kill that hijo de puta, you have to do it for me.

Robin: You’re going to use a weapon.
Finney: What weapon?
Robin: The one in your hand.
Finney: The phone?
Robin: Fill the receiver with dirt. Pack it in tight. Give it some heft.
Finney: Then what?
Robin: Then you practice over and over. You raise the phone. Take a fast step back. Step forward, step back, and swing.

Finney: [over phone] Will I still be able to talk with you?
Robin: This was the last call, Finn. It’s all you from here on out.
Finney: I miss you, Robin.
Robin: Then get out for me. Use what we gave you.
Finney: I will.

Max: [as he finds Finney in the basement] No f***ing way. I knew that he was hiding something from me down here, but holy Mary, mother of God.
Finney: Please, help.

Detective Wright: Is this the house?
Gwen: Yes.
Detective Wright: Are you sure?
Gwen: I’d never seen it before today, except in my dreams. The tree. The door. The address. The gate. Every detail.

The Grabber: Look what you made me do. You made me kill my brother.
Finney: No. It wasn’t me.
The Grabber: He was an idiot. But he was my idiot. I’m sorry, Max. Now I’m going to have to put you with the others. Looks like you’ll find those naughty boys after all.

The Grabber: What’s up with the phone, huh? I told you it doesn’t work! Normally, I would use a knife. But you are special, Finney. I’m going to take my time. I want this to really hurt.

Robin: [to the Grabber, as Finney is strangling him with the phone cord] I can’t kill you, you hijo de puta, so Finn is going to do it for me.
Bruce: Finn’s arm is mint!
[then Finney breaks his neck, killing him]

Donna: [as Finney sits next to her in class] Hi, Finney.
Finney: Call me Finn. 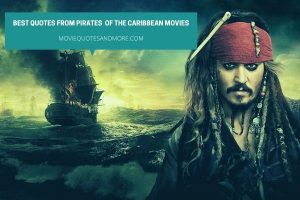