Action thriller directed by Tarik Saleh. The Contractor (2022) follows Special Forces Sergeant James Harper (Chris Pine), who is involuntarily discharged from the Army. In debt, out of options, and desperate to provide for his family, Harper joins a private underground military force alongside his best friend, Mike (Ben Foster), and under the command of a fellow veteran (Kiefer Sutherland). When the very first assignment goes awry, the elite soldier finds himself hunted and on the run, caught in a dangerous conspiracy, and fighting to stay alive long enough to get home and uncover the true motives of those who betrayed him.

LTC Roberts: [to James] Big Army recommended a revocation of your Special Forces tab. And although I disagree with your choices, I’m not going to do that. You’re leaving the army with an honorable discharge, but you’re losing your benefits, which include your pension and health care. Dismissed.

Mike Jr.: Is it true you actually saved my dad’s life?
James: No. Yes.
Mike: Once.

James: What do you look forward to?
Mike: Watching my kids grow up. Seeing them smile. Making sure they’re set. Giving them the things I didn’t have.

Mike: I pulled a couple of cowboy tours. You know, banked some decent cash, put a down payment on the house. Cash is real. You know, five, six a day. Bonuses, you know, it adds up. It’s okay to cash in. You know, it’s pure f***ing Darwin out here. And we are trained to be ruthlessly adaptable. Use it. We’re all just mercenaries in the end.

Mike: At this level, as long as you’re good to go, Rusty doesn’t care what you put in your body.
James: I’m in.
Mike: Is that what you want?
James: That’s what I want. I’m broke, Mike. I need this.

Rusty: Our reputation is the only commodity we got left in this game.
James: You reading my story?
Rusty: Yours, mine, Mike’s, Mason’s. It’s all the same f***ing story. S**t, even your father’s.
James: My father has nothing to do with this. Due respect.
Rusty: And due respect, sure he does.

Rusty: We gave them our minds, our bodies, and our spirit. And they chewed us up
and spit us out. Left us with fear, rage, uncertainty, disillusionment, a sense of abandonment, betrayal. And finally, self-loathing and guilt. As if somehow, everything that happened to us was our own goddamn fault.

James: So what is it that you do? You offer up something different or what?
Rusty: Damn straight. I can give you a real home, honorable work. No corporate interest, no babysitting billionaires, no bulls**t. We operate with direct presidential authority under Title 50. Deal strictly with matters of national security. A deep black OGA offshoot.

Rusty: [to James] Man, what you did in uniform, sledgehammer s**t. Our thing, scalpel work. High-speed, low drag, fangs only come out when they have to.

Rusty: The team led by Mike will be fully black, since our presence is not approved.
James: How long?
Rusty: Two weeks. Three, tops. So what do you say? You down for the cause?
James: Yeah. For sure.

James: It’s babysitting corporates. It’s not dangerous.
Brianne: Don’t tell me that. Now I know you’re lying.
James: No, I’m not. Look at me. I’m not. Baby, I need to take care of my family.

Mike: We all know what one motivated radical can do. So let’s cowboy up, get it done, and go home to our families.

Salim: [to James] Who sent you? Do you even know who you’re working for? You don’t know what you’re doing. Stop! Please, listen. The research I’m doing will save millions of lives!

James: If you want to say a prayer, now is the time.
Salim: A prayer? I don’t believe in God. I believe in science.

Salim: [to James] Listen to me. I keep a copy of all my data in a safety deposit box. If you have a conscience, get it out. The world will need it.

James: We shot cops.
Mike: We did what we had to do. Is the laptop secure?
James: It’s secure.
Mike: We got the laptop. Mission first.

Mike: You have to stop saving my a**.
James: That makes two you owe me.

James: So what’s the plan?
Mike: We get the laptop home. Let’s get paid. Let’s have a beer.
James: Roger that.

James: I’m down. You take it in.
Mike: No, no. We go together.
James: I’ll compromise the mission. We don’t know what’s in that bag. Get it home. You go. I’ll catch up.
Mike: I’ll make contact. I’ll come back.

Rusty: [over phone] Physical condition?
James: [referring to Mike] Compromised but not critical. Did Wolf Two make contact?
Rusty: Wolf Two never made it to Berlin.

Rusty: You’ll get a full brief when you’re secure. Right now everything is extremely
fubar, and we are highly exposed. Listen to me. Everything I am doing right now is to get you home. Back to the ranch safe and sound. You feel me?
James: Yes, sir. Of course.

Rusty: [over phone] Look, I understand. Right now nothing makes sense. But you got to trust me. I am trying to help you.
James: Same way you helped Mike? You m**herf***er. Did you kill him?

James: My partner, you go after him? Huh?
Eric: I heard they picked him up. I’m sorry. They told us we’d be saving lives, not killing our own.

Eric: [to James] You can never go home.

Virgil: [to James] Do you mind lowering the gun? You called me. It’s the price of admission.

James: [referring to Eric] The marine who told me about you, you know him?
Virgil: No. Did you kill him? No, but I know they train us to run their errands. Kill their enemies and kill each other. National security. It’s just a rock they can hide their dirty s**t under.

James: I need to get back.
Virgil: Back where?
James: Back home.
Virgil: That’s done. Home is a memory.

Virgil: It’s much easier to kill. But it’s harder to survive.

James: You have a family?
Virgil: Yeah, I’ve got a wife. Two beautiful girls. A nice house.
James: You ever feel like reaching out?
Virgil: When I reach out, I break things. We all know the monster. And sometimes he comes to stay.

Virgil: How’s the steak?
James: I’ve had better.
Virgil: So have I.
[suddenly a sniper shot instantly kills Virgil]

Mike: Doing at my house? Answer me.
James: [takes off his helmet] You want to shoot me? Go ahead. I went to your house to tell Christine, like you asked me to.
Mike: Rusty said…
James: Did you know he was coming after me?
Mike: He said you didn’t make it.

James: Why did you lie to me?
Mike: About what?
James: F*** you. A real home. A tribe. Honorable work.
Mike: It was a data heist. None of this was supposed to happen.
James: But it did happen! And for what?!
Mike: Payday of a lifetime!

James: What we stole was not data. It’s a cure to a virus these f***ers want to release. So they can make billions off people suffering. Did you know that?! How do you f***ing live with yourself?
Mike: I got a family, and a son with special needs.
James: So what about my family? My son! Their needs!
Mike: Everything’s taken care of. There’s a huge payout to Brianne and your boy. Four million. They’ll never want for anything ever again.
James: Except for me! Me!

Mike: [referring to Rusty] You can’t go home! He finds out you’re here, he’s going to come after you with everything he’s got!
James: After everything we’ve done, everything we’ve been through. I f***ing bled for you! And this is what I get?

James: I would never forsake my family. Do you understand me?!
Mike: Rusty finds out you’re here, he’s going to come after your family.
James: There’s only one way this ends.

Rusty: I always wanted to die with my boots on.
[James shoots and kills him]

James: [as Mike is mortally wounded] I got a room prepped and ready for you. We’re going home, Mike.

Mike: Tell my son I didn’t die in my sleep.
James: I promise. I got you.
[Mike takes his last breath and dies, James then finally goes back to his family] 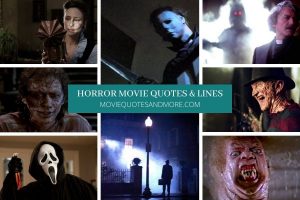