Netflix crime drama directed by Tobias Lindholm. Based on true events, The Good Nurse (2022) follows Amy Loughren (Jessica Chastain), a nurse and single mother struggling with a life-threatening heart condition, who is stretched to her physical and emotional limits by the hard and demanding night shifts at the ICU. Then help arrives when Charlie Cullen (Eddie Redmayne), a thoughtful and empathetic fellow nurse, starts at her unit. But after a series of mysterious patient deaths sets off an investigation that points to Charlie as the prime suspect, Amy is forced to risk her life and the safety of her children to uncover the truth.

Amy Loughren: They said you had a lot of experience. Where did you work at before?
Charlie Cullen: I’ve been all over really.

Charlie Cullen: [referring to the patients] Do you know their first names? You guys, you don’t put them on the doors here.
Amy Loughren: You’re just like me. First names are always better.

Charlie Cullen: [to the patient] Well, you guys just push on the button if you need anything. Anytime, I’m here. I’m your Amy for tonight.

Amy Loughren: I’m trying, okay? I know you don’t have as much as your friends, but I’m try…
Alex Loughren: I don’t get anything! I don’t even get to have you!

Charlie Cullen: [after telling the story how his mother died and the body was lost] And then when they did find her, it was this. She was like, you know, half uncovered, naked. Total mess. For the longest time, that was the memory. That was how I thought of her.
Amy Loughren: Oh, Charlie.
Charlie Cullen: So, for me, this is the important part. Find some dignity.

Tim Braun: [referring to Ana Martinez] We don’t know much. Just that there’s been a death.
Linda Garran: An unexplainable incident in which the patient expired.
Tim Braun: Okay. Unexplainable how?
Duncan Beattie: Well, it’s the opinion of the medical experts that this was an unusual adverse reaction to medications. But we found absolutely nothing to suggest this was intentional.
Danny Baldwin: Then why call us?
Linda Garran: We didn’t think this was a police matter, but the Department of Health dictates when we should reach out, and here we are.

Alex Loughren: The teacher said that I should wear a suit and have a mustache. Dress like a man because I’m the mayor. He said a girl mayor would be weird.
Charlie Cullen: But women can be mayors.
Alex Loughren: I told him that, but…
Amy Loughren: It’s a play about an alien invasion, and the female mayor’s the weird part?
Charlie Cullen: Screw that guy.

Danny Baldwin: Something’s not right. Parkfield waited almost two months to report it. Internal investigation you don’t want to share. Expensive lawyers.
Tim Braun: Okay. Well, what possible reason could they have for covering up a death? Right? What are the motives?
Danny Baldwin: It’s a business. There’s never a better motivation than money when it comes to that s**t, right?

Danny Baldwin: Who’s going to talk if their boss is in the interview?
Prosecutor Ellis: We don’t even know what happened. We don’t even have a body.

Amy Loughren: [referring to Ana Martinez] The insulin in her system wasn’t made in her body. Someone gave it to her.
Danny Baldwin: So you can tell from that that she was given insulin?
Amy Loughren: Well, it’s not on the list. And, you know, she’s not diabetic. So the insulin would’ve been a double medication error, which is really rare.

Danny Baldwin: We understand that you work with a Charlie Cullen.
Amy Loughren: Yeah.
Danny Baldwin: Could he be involved in this?

Amy Loughren: I know Charlie really well. We work every shift together, and he’s a very good nurse. He wouldn’t have made a mistake like that.

Amy Loughren: [after she has another heart incident] You’ll get fired.
Charlie Cullen: So there’s a fault in the PYXIS. So if you cancel a request late enough, it opens anyway.
Amy Loughren: That’s stealing meds, Charlie.
Charlie Cullen: Amy, stop. Now, please don’t worry. I’m going to help you get through this.

Tim Braun: [referring to Charlie] This is a f***ing joke. Whenever they hear his name, no one wants to say anything.

'He's been at nine hospitals. Nine. They all say the same thing. They cover up their own liabilities. It happens again, and again, and again. He's going to get a new job at another hospital, and it's all going to continue.' Click To Tweet

Charlie Cullen: [referring to his ex-wife] I haven’t even told you the best part. So now, to try and stop me from seeing the girls, she has made up a story about me being mean to her dog. I’m not kidding. It gets better and better. Honestly, the whole thing would be hilarious if it wasn’t true.
Amy Loughren: I’m sorry.
Charlie Cullen: No. Are you kidding? It’s my own fault. I picked a crazy.

Sam Johnson: You’ve both been banned from the hospital property.
Danny Baldwin: What?
Tim Braun: You can’t ban us from the scene of a crime that we’re investigating.
Sam Johnson: What crime?
Tim Braun: Homicide.

Danny Baldwin: [to Amy, referring to Charlie] Maybe he’s not who you think.

'I'll never understand. Not how you, who is so kind and generous, how you could hurt people.' - Amy Loughren (The Good Nurse) Click To Tweet

Lori Lucas: [referring to Charlie] There was a rumor about him. That he was responsible for a death. That he OD’d someone.
Amy Loughren: Oh. With what?
Lori Lucas: They found insulin in a dead guy’s saline bag. They found it in a few.

Amy Loughren: Why did they think it was Charlie?
Lori Lucas: They didn’t. But we used to get codes every night. Sometimes two or three. And then after he left, we got like only one a month. You get a lot of codes?

Amy Loughren: [referring to Charlie] He does it in the storage room, before it even goes out. He injects the insulin into the bags, and because it enters the bloodstream slowly, it could take hours, or even, you know, a day to kill someone.
Danny Baldwin: So he’s killing them without ever touching them.

Linda Garran: St. Elizabeth’s confirmed with us that you were employed from May, so these discrepancies on your application form leave us with no option but to let you go, with immediate effect.
Charlie Cullen: So you’re firing me for writing the wrong dates on my application?
Linda Garran: It is in the contract.

Prosecutor Ellis: I just got news from Parkfield. They’ve dealt with the Cullen issue.
Tim Braun: What does that mean?
Prosecutor Ellis: He’s been fired.
Sam Johnson: What?
Danny Baldwin: So they’re just going to let him go?

Tim Braun: Well, what was his state of mind? Was he stable?
Amy Loughren: Wait. You don’t think that this could make him more dangerous, do you?
Prosecutor Ellis: At least he can’t be anywhere near patients. He can’t hurt anyone.
Danny Baldwin: He’s been at nine hospitals. Nine. What don’t you understand? They all say the same thing. They cover up their own liabilities. It happens again, and again, and again. He’s going to get a new job at another hospital, and it’s all going to continue. You allowed this.
Sam Johnson: Don’t look at me. You did.

Charlie Cullen: I think the universe hates me, Amy. Really. At this point.
Amy Loughren: Charlie, you know that’s not true.

Charlie Cullen: Actually, just like sitting here, talking to you, being with you, it made me realize everything’s going to be okay. I’ve got you. I got Maya and Alex. I got my girls. It’s a job. I can get a job.
Amy Loughren: You can.

Danny Baldwin: [to Amy] The only way we can stop him is if he admits to doing it, so we got to get him to confess.

Tim Braun: [referring to Amy as she’s waiting for Charlie] Man, her pulse is racing.
Amy Loughren: Okay. Well, I hope you guys can hear me. He’s walking in right now.

Charlie Cullen: I don’t want to talk about Parkfield.
Amy Loughren: Why not? Is it because what they’re saying’s true? Because, you know, I wouldn’t care if you did those things. I mean, I could understand. You could explain it…
[Charlie smacks his hand on the table]

Danny Baldwin: [after Charlie’s been arrested] We know you killed Kelly Anderson. We know you killed Ana Martinez. We know there’s others.
Tim Braun: We just want to talk about it with you, Charlie.
Charlie Cullen: I can’t. I’m not meant to talk about patients without the hospital lawyers.
Danny Baldwin: But you don’t work there anymore. You can say whatever you want.

Tim Braun: Why did you kill them?
Danny Baldwin: Was it just women?
Tim Braun: Charlie, did they remind you of your ex-wife maybe? You know, that I could understand. Or your mother?
Charlie Cullen: I can’t.

Danny Baldwin: How many have you killed, Charlie?

Danny Baldwin: Remember, you can’t touch him. You can’t even get close to him.
Amy Loughren: He was my friend. I just need to see him.

Amy Loughren: [to Charlie] I really needed you these few months, you know? And then all this. It made me forget who you were to me. Forget what you did for me, and I forgot about your goodness. I’ll never understand. Not how you, who is so kind and generous, how you could hurt people. And I’m so sorry that I lied to you and went behind your back. That must make you feel even more alone.

Amy Loughren: Why?
Charlie Cullen: They didn’t stop me.

Alex Loughren: We have to get up. It’s a school day.
Amy Loughren: Not today. Today we stay in bed. 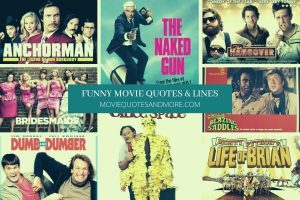