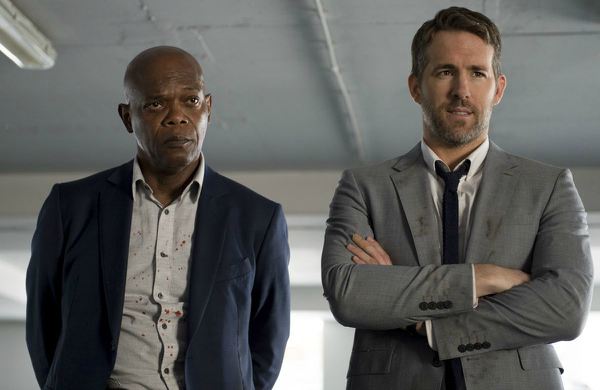 Action comedy directed by Patrick Hughes which follows a top protection agent, Michael Bryce (Ryan Reynolds), who is called upon to guard the life of his former enemy, one of the world’s most notorious hitmen, Darius Kincaid (Samuel L. Jackson). They must put their differences aside and work together to get to The Hague to bring down a murderous dictator, Vladislav Dukhovich (Gary Oldman), who is out for blood.

Michael Bryce: This is Michael Bryce, I’m an executive protection agent. I’ve extracted my client. Cleanup is required. You might want to call the bomb squad.
[as an explosion goes off near them]
Michael Bryce: Make it the fire department.
Seifert: Was that my car?
Michael Bryce: I’m afraid so. Have a seat, it’s been a long day. A really long day.

New Reporter: The trial continues on one of the world’s most cruel dictators with a key witness to testify.

Moreno: Mr. Kincaid, this is Interpol’s offer. In return for your testimony against former President Dukhovich, your wife will receive a full pardon from all jurisdictions.
Darius Kincaid: You’re going to pardon an innocent woman? That’s mighty fucking white of you.

Michael Bryce: I’m a triple A rated executive protection agent and you’re the most wanted hitman in the world. My job is to keep you out of harm’s way.
[Kincaid starts laughing, looking annoyed Bryce punches him in the face]
Darius Kincaid: Shit, motherfucker. I am harm’s way.


Michael Bryce: [to Kincaid] I’m an executive protection agent and my job is to keep you out of harm’s way.

[as a bunch if Interpol Agents try to escort Kincaid]
Garrett: I can assure you, we’re more than prepared for any assault.
[Kincaid laughs then suddenly headbutts the Garrett]
Darius Kincaid: Prepared for that assault, motherfucker?

Vladislav Dukhovich: When Kincaid is paid you will be paid in full. I’ll guarantee it.

Amelia Ryder: [to Kincaid] There’s a safe house not far from here.

Amelia Ryder: I have a job for you. The transport is in there.
[as he goes to open the door, Kincaid opens the door at the same time]
Michael Bryce: What the fuck?
[Kincaid points his gun at Bryce]

Michael Bryce: [to Amelia] Twenty-seven times, that’s how many times this asshole’s tried to kill me. Twenty-seve… Twenty-eight! Can you believe it?
[Kincaid chuckles]

Darius Kincaid: Baby, it’s me. Made a shank yet?
Sonia Kincaid: It’s a Dutch prison, Darius. What are they going to do, beat me with a clog?

Michael Bryce: [to Kincaid] How have you stayed alive this long?!

Garrett: Tell us where you husband is.
Sonia Kincaid: You lost my husband? That is your job, motherfucker!

Garrett: Tell us where you husband is.
Sonia Kincaid: You’re worried about my husband’s safety? He’s unkillable.

Garrett: Mrs. Kincaid, you need to tell us where you husband is.
Sonia Kincaid: Why the fuck should I? That is your job, motherfucker, but obviously you suck at it.

Michael Bryce: I hope they kill him, I really do. This guy single handedly ruined the word “motherfucker”.

Michael Bryce: I was up here. Goddammit!

[speaking on the phone]
Michael Bryce: Amelia, I want to tell you that I’m sorry for everything, it’s all my fault. You deserve better than that. I just want to say that, um…
[just then after he’s thrown out of the windscreen of the car]
Michael Bryce: Jesus Christ, really!
Darius Kincaid: What happened to the seatbelt rule?!

Amelia Ryder: The only way Bryce and Kincaid don’t make it is if they kill each other first.

Darius Kincaid: Yoh, you about done?!

[to Darius; referring to Sonia]
Michael Bryce: She sounds like she’s going to make a good mother someday.

Darius Kincaid: You never even took one for a client?
Michael Bryce: Nope. Never had to.
Darius Kincaid: Yeah, but the question is, would you? See, if I’m paying Triple-A rates, then I’m looking for that full-service shit, you know what I’m saying? That extra “A” stands for “ass,” yours, between mine and a bullet.
Michael Bryce: Being prepared for everything means that that situation statistically just won’t occur.
Darius Kincaid: Bryce, you cannot be prepared for everything! Life is going to bloody us up, okay? You just got to put a Band-Aid on that shit and keep rolling!
Michael Bryce: [sarcastically] That’s really beautiful, man. Do you ever just write stuff down? I don’t know, throw down a haiku or two?

[as they  wave goodbye to a bunch of nuns who gave them a lift on their  bus]
Michael Bryce: Go with God. This man’s killed over one hundred and fifty people.
Darius Kincaid: Two-fifty, easy, man.

Darius Kincaid: You take away the guns, the travel, the perfect shot through a motherfuckers face, I mean none of that means dick if I can’t tell Sonia about it.

Darius Kinkaid: How do I look?
Michael Bryce: You got a little speck of blood on your… everywhere. 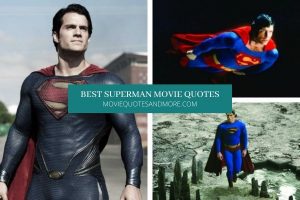