Review By Will Hunter

I must confess that when I visited two friends the other night to watch The Lighthouse, I went in completely blind. I intended to check out director Robert Eggers’ debut feature The Witch before watching the former but didn’t get round to it. So when I settled down to The Lighthouse I had no prior expectations bar positive buzz from the festival circuit and the fact that it features two of the best actors working today in Willem Dafoe and Robert Pattinson.

I can honestly say that this is one of the most unusual and striking films that I have seen for a long time, a cross between Moby-Dick and The Shining. Beautifully photographed in black and white by an Oscar-nominated Jarin Blaschke and with a haunting sound design, Eggers’ film is simultaneously a horror movie with a classic premise of isolation leading to madness and yet also aspires to grandiose myth of the same ilk of Prometheus, of humanity reaching into the bowels of the unknown and paying a terrible price. He also throws in some fart jokes and masturbation for good measure. In lesser hands this could turn into a pretentious mess but the astonishing thing is that Eggers pretty much pulls it off.

The film provides no pleasantries or backgrounds to the characters. The two lighthouse keepers, Thomas Wake (Willem Dafoe) and Ephraim Winslow (Robert Pattinson) are shown immediately settling into their new quarters, grizzled, glowering and pipe smoking. It is also immediately clear that something is unspeakable, terribly wrong. There is no slow build here; we the audience know the characters are entering hell but there is no articulation of what it is.

Wake, the elder of the two men, is the kind of house mate we all dread. Demanding, obnoxious and above all flatulent, he imposes menial duties on the younger, more taciturn Winslow, forces him to drink a bottle of whiskey each night and jealously insists that he is the only one to guard the light. Neither man, it is clear, is who he says he is and when Winslow begins seeing visions of mermaids and other creatures of the deep the film really plummets new depths of surrealism.

What elevates the film is the dialogue which can essentially be described as a fusion of Shakespeare meets Herman Melville in its nautical poetry. It elevates the film above the usual horror conventions and both actors tear into it with gusto. Dafoe has long been a magnificent actor who specializes in grotesques but his Wake is a unique barnacle-encrusted creation, a Long John Silver caricature, who is simultaneously outrageous, disgusting and oddly pitiable. Dafoe, with his craggy features that seem to have been carved out of the rock itself, is terrific in this role (one monologue delivered while earth is literally falling into his mouth is spell-binding), mining Eggers words for all their worth yet never descending into norm. Pattinson meanwhile has well and truly put Twilight behind him with a series of strong indie credits and more than matches Dafoe here. His accent wavers at times but he atones for it with an intensity and commitment that is exhausting and reminiscent of Daniel Day-Lewis. Batman fans need not be worried (although indie fans may be concerned about losing him back to blockbuster franchises).

The Lighthouse will not be for everyone. Its hysterical intensity and sheer weirdness will put off some (Oscar voters least of all) but it is a sublime call back to nautical epics of the past, boasts blistering performances by Dafoe and Pattinson and marks Eggers out as a talent to be reckoned with. 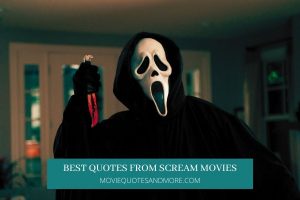