Our list of the best quotes from Christopher Nolan’s superior psychological thriller, which centers on two rival magicians Alfred Borden (Christian Bale) and Robert Angier (Hugh Jackman) in late Victorian London. Their rivalry takes them both to the peak of their careers. But obsessed with creating the best stage illusion, they make sacrifices with terrible consequences. 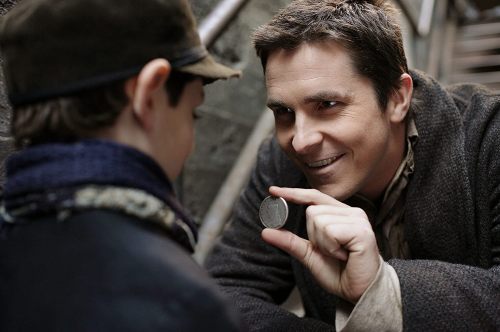 'They'll beg you and they'll flatter you for the secret, but as soon as you give it up, you'll be nothing to them.' - Alfred Borden (The Prestige) Click To Tweet

Alfred Borden: Are you watching closely?

Cutter: Every magic trick consists of three parts or acts. The first part is called The Pledge. The magician shows you something ordinary, a deck of cards, a bird, or a man. He shows you this object. Perhaps he asks you to inspect it, to see that it is, indeed, real, unaltered, normal. But of course, it probably isn’t. The second act is called The Turn. The magician takes the ordinary something and makes it do something extraordinary. Now, you’re looking for the secret, but you won’t find it, because of course, you’re not really looking. You don’t really want to know. You want to be fooled. But you wouldn’t clap yet, because making something disappear isn’t enough. You have to bring it back. That’s why every magic trick has a third act. The hardest part. The part we call The Prestige.

[after showing a coin trick to Sarah’s nephew]
Alfred Borden: Never show anyone. They’ll beg you and they’ll flatter you for the secret, but as soon as you give it up, you’ll be nothing to them. You understand? Nothing. The secret impresses no one. The trick you use it for is everything.

Alfred Borden: Everything’s going to be alright, because I love you very much.
Sarah: Say it again.
Alfred Borden: I love you.
Sarah: Not today.
Alfred Borden: What?
Sarah: Well, on some days it’s not true, and today you don’t mean it. Maybe today you’re more in love with magic than me. I like being able to tell the difference. It makes the days it is true mean something.

[as Angier reads from Boden’s diary about the night Angier shot his hand]
Alfred Borden: He came in to demand an answer, and I told him the truth. That I have fought with myself over that night. One half of me swearing blind that I tied a simple slipknot, the other half convinced that I tied the Langford double. I can never know for sure.
Robert Angier: How can he not know?!
[then we see Boden reading Angier’s diary about the same incident]
Robert Angier: How can he not know? He must know what he did. He must.

Robert Angier: I never thought I’d find an answer at the bottom of a pint glass.
Cutter: Hasn’t stopped you looking.

Cutter: You’re a magician, not a wizard! You got to get your hands dirty if you’re going to achieve the impossible.

Robert Angier: I haven’t had the chance to compliment you on your beautiful theater.
Merrit: Well, it’ll be a lot more beautiful when it’s full, Mr Angier.

Robert Angier: I need something impossible.
Tesla: You are familiar with the phrase, “Man’s reach exceeds his grasp”? It’s a lie. Man’s grasp exceeds his nerve. 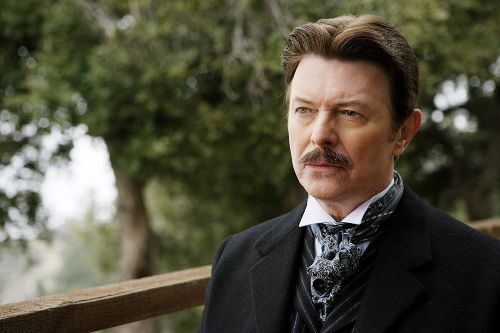 Tesla: Nothing is impossible, Mr. Angier. What you want is simply expensive.

Tesla: Go home. Forget this thing. I can recognize an obsession. No good will come of it.
Robert Angier: Why, hasn’t good come of your obsessions?
Tesla: Well, at first. But I have followed them too long. I am their slave, and one day, they will choose to destroy me.
Robert Angier: If you understand an obsession, then you know you won’t change my mind.

[referring to Boden]
Robert Angier: He had a new trick.
Olivia Wenscombe: Was it good?
Robert Angier: It was the greatest magic trick I’ve ever seen.

Robert Angier: The man stole my life. I’m going to steal his trick.

[referring to Boden]
Olivia Wenscombe: Robert. I have fallen in love with him.
Robert Angier: Then I know how hard this has been for you.

Sarah: Why are you being like this, Alfred?
Alfred Borden: I had a terrible ordeal today. I thought that something very precious had been lost to me. So I just wanted to celebrate, just a little.
Sarah: Alright, what? What did you lose?
[Boden doesn’t reply]
Sarah: I see. More secrets.
Alfred Borden: Sarah, secrets are my life. Our life.
Sarah: No, Alfred, stop. This isn’t you. Stop performing.

Tesla: When I told you I could make your machine, I spoke a simple truth.
Robert Angier: Then why isn’t the machine working?
Tesla: Because exact science, Mr. Angier, is not an exact science.

Tesla: These things never quite work as you expect them to, Mr. Angier. That’s one of the principal beauties of science.

Tesla: Don’t forget your hat.
Robert Angier: Well, which one is mine?
Tesla: They’re all your hats, Mr. Angier.

Alfred Borden: I love you. I will always love you, and you alone.
Sarah: You mean it today.
Alfred Borden: Absolutely.
Sarah: Which makes it so much harder when you don’t.

Sarah: Alfred, I can’t live like this!
Alfred Borden: Well, what do you want from me?
Sarah: I want you to be honest with me. No tricks, no lies, and no secrets. Do you love me?
Alfred Borden: Not today. No.

Alfred Borden: You must be Lord Caldlow.
Robert Angier: Caldlow. Yes, I am. I always have been. They flatter you with all those chains, Alfred. Don’t they know you can’t escape without your little rubber ball?
Alfred Borden: I pulled you out. Out of that tank.
Robert Angier: All I wanted to do was prove that I was a better magician, but you couldn’t leave me alone.
Alfred Borden: I don’t know what you’ve done, but you’re not afraid to get your hands dirty anymore, are you?
Robert Angier: No, not anymore. And I win. Because no one cares about the man in the box, the man who disappears.

Robert Angier: [to Boden] You always were the better magician. We both know that. But whatever your secret was, I mean, you have to agree, mine is better.

Alfred Borden: So we go alone now. Both of us. Only I don’t have as far to go as you. Go. You were right, I should have left him to his damn trick. I’m sorry. I’m sorry for a lot of things. I’m sorry about Sarah. I didn’t mean to hurt her. I didn’t. You go live your life in full now, alright? You live for both of us.
Fallon: Goodbye.

Cutter: Take a minute to consider your achievement. I once told you about a sailor who described drowning to me.
Robert Angier: Yes, he said it was like going home.
Cutter: I was lying. He said it was agony.

[as Boden is about to be hanged]
Warden: Do you have anything to say?
Alfred Borden: Abracadabra.

Robert Angier: What about Olivia? And your wife?
Alfred Borden: We each loved one of them. I loved Sarah. He loved Olivia. We each had half of a full life, really, which was enough for us. Just. But not for them. See, sacrifice, Robert, that’s the price of a good trick. But you wouldn’t know anything about that, would you?

Robert Angier: It took courage to climb into that machine every night, not knowing if I’d be the man in the box, or in the Prestige. Do you want to see what it cost me? You didn’t see where you are, did you? Look. Look.
Alfred Borden: I don’t care.

Alfred Borden: You went halfway around the world. You spent a fortune. You did terrible things. Really terrible things, Robert. And all for nothing.
Robert Angier: For nothing?
Alfred Borden: Yeah.
Robert Angier: You never understood why we did this. The audience knows the truth. The world is simple. It’s miserable. Solid all the way through. But if you could fool them, even for a second, then you could make them wonder. And then you, then you got to see something very special. You really don’t know? It was, it was the look on their faces. 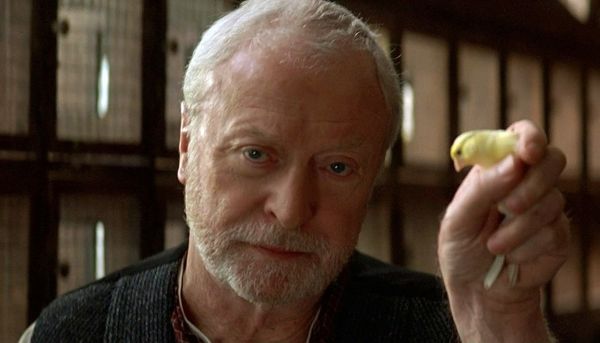 'Now you're looking for the secret. But you won't find it because of course, you're not really looking. You don't really want to work it out. You want to be fooled.' - Cutter (The Prestige) Click To Tweet

What do you think of our list of There Prestige quotes? Let us know what you think in the comments below as we’d love to know. 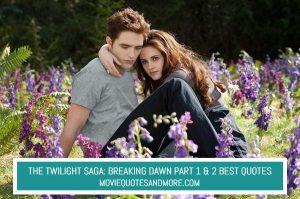