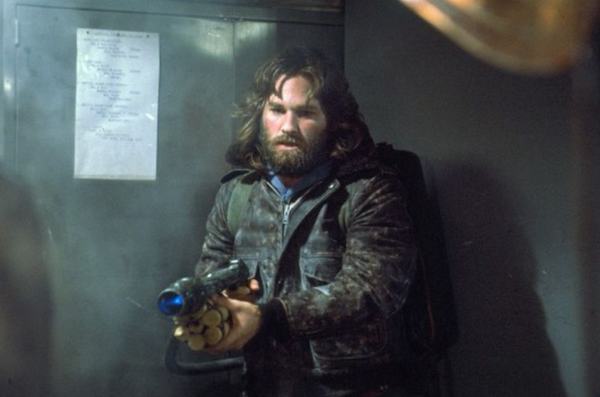 A sci-fi classic. The Thing embodies what science fiction horror is all about. It is bizarre, outlandish, remarkable and even shocking at some points. Classifying The Thing as being solely a science fiction title is undermining the movie’s full context and significance, as it is more than just a sci-fi flick. The Thing is nerve-racking, suspenseful and eerie as much as it is peculiar. This film is worth a ‘psychological horror’ label as well. What makes The Thing so thrilling yet uneasy to watch is how the psychological and sci-fi horror were blended together. Thrilling, because each scene is packed with tense and sometimes shocking moments. Uneasy, quite frankly, because of the exact same reason. John Carpenter, the director, created a perfect balance of the two horror sub-genres that one doesn’t overpower the other, in fact they assist one another in becoming a movie that oozes with terror and fright.

The Thing is scary for two reasons, shock value and suspense. To generate suspense in a film, there must be a continuous rise in action as well as a well-executed story progression. This film has both. Not only as the movies goes on the events that take place are more intensified and escalated than the previous one, the story develops in such a way that it allows the viewer to both comprehend what is going on and make a prediction of what could come up next. Not to say that The Thing is predictable and has a very simple storyline (to a certain extent that is true), it’s more that the plot is cohesive and shows clear development throughout the film. Besides, ‘predictable’ is not necessary a bad thing, at least in this movie the way the story was structured, predictability adds a positive touch to the film. Because in fact, some scenes are totally unexpected, which only makes the movie even better. Returning back to suspense, the movie’s “predictability” rather boosts the tension in the film and anticipation of the viewer. As the audience wait for something to happen (as they might predict), the movie reveals a twist no one thought of. This comes around quite often in the movie, but it is hard to mention any examples from the film without any spoilers.

Shock value is the second thing that makes me the most scared while watching The Thing. Typically, I am not a fan of gore and blood, to me they are disturbing rather than scary. However, this movie is an exception. Even though it does include a lot of graphic imagery of extreme mutation, the aliens that come out are almost too bizarre and even comical to realize. The monsters in the film are so preposterous, that the viewers are more scared by their absurdity rather than their gruesome appearance. Personally, those types of monsters are more frightening than let’s say a generic werewolf tearing a person apart, because you are not familiar with that type of creature and their potential skills, whereas a werewolf ripping someone to pieces is just gross, nothing more to it. Shock value is an effective strategy to bring the viewers’ attention to the screen, which is why the aliens in The Thing appeared frequently in the movie. The director wanted to draw attention to the screens by creating such extraordinary beasts, and he succeeded at doing so.

Nevertheless, The Thing is just as much of a science fiction as it a psychological horror. With all the brutal aliens, the setting plays a major role in creating an eerie atmosphere and tension within the audience. The movie in set Antarctica, at a Norwegian scientific research facility. As you can imagine, the researchers and scientists who were sent on a mission to the South Pole to a remote laboratory, are very far from any big city or populated areas for that matter. They are on their own. And as it happens in any horror movie, they are faced with a serious problem. The tension escalates very quickly when the characters realize their communication equipment is down, or that their forms of transportation have been destroyed. Not only this is worrying for the characters in the film, but it is also nerve-racking for the audience. In addition, with all the issues the crew is forced to deal with (destroyed transportation, etc.), on top of that is an alien who is hiding amidst the scientists, who possesses the form of one of the researchers, pretending to be them. The viewers feel unprotected and helpless. The fear of unknown comes into play here as well. As the audience watch the characters’ search for the alien, they are also worrying about who the alien might be, what will he do, how will he appear and what can be done to stop him. All those things are running through the viewer’s mind as they watch the film, and that is the effect of psychological horror.

There are hardly any negative remarks I can think of about this movie. I was very pleased to see how the combination of science fiction and psychological horror resulted at the end. Furthermore, I was pleasantly surprised by the severity of gore in this film, as the aliens who ended up roaming the corridors of the research facility were so different it was entertaining to watch them appear, instead of grossing me out. Another positive attribute of this film was the plot and how it developed throughout the film. Even though it wasn’t hard to predict what would happen next, the wacky, exaggerated monsters and lack of knowledge of where they might be at a certain moment made the movie very suspenseful and trilling to watch.