Action comedy directed and co-written by Tom Gormican. The Unbearable Weight of Massive Talent (2022) follows the fictionalized version of Nicolas Cage, who is feeling creatively unfulfilled and facing financial ruin, begrudgingly accepts to make a paid appearance at a billionaire super fan’s, Javi Gutierrez (Pedro Pascal), birthday party. Things take an unexpected turn when Cage is recruited by a CIA operative, Vivian (Tiffany Haddish), and forced to live up to his own legend, channeling his most iconic and beloved on-screen characters in order to save himself and his loved ones.

Vivian: Nicolas Cage! Oh, my God! I love you! 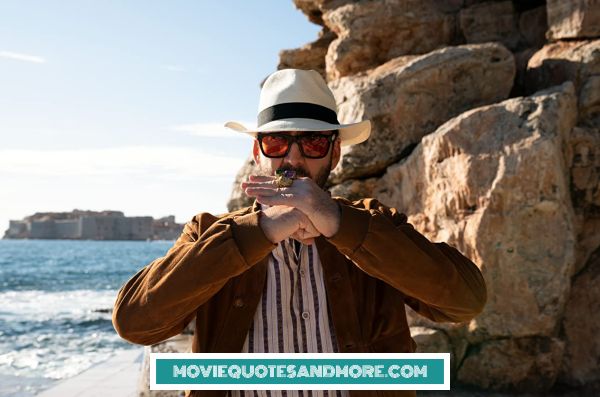 Javi Gutierrez: I am so happy that you are here.

Nicolas Cage: [referring to the statue of himself, to Javi] Is this supposed to me? It’s grotesque. I’ll give you twenty thousand for it.

Nicolas Cage: What have you got there?
Javi Gutierrez: Divine inspiration.