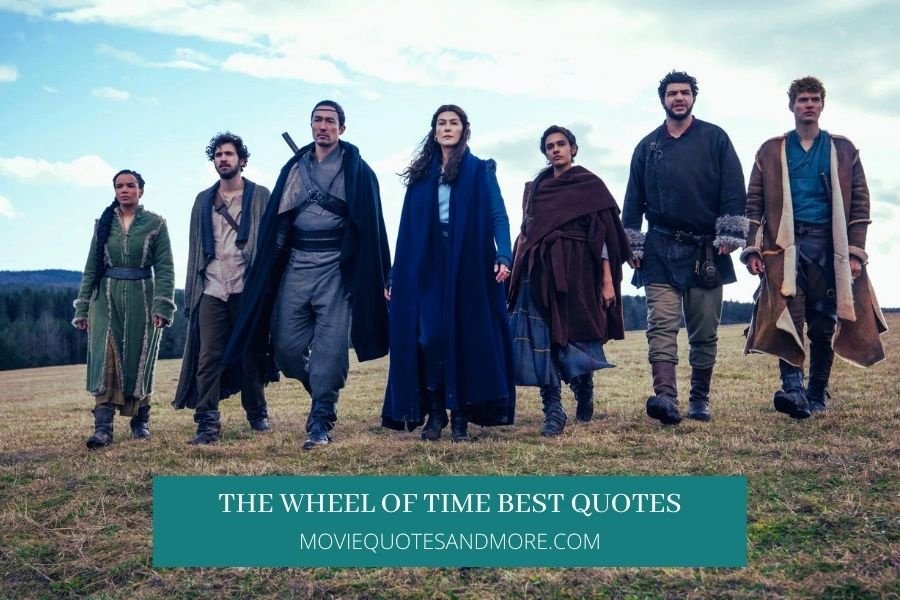 Our list of the best quotes from Amazon Prime’s epic fantasy series, based on the book series of the same name by Robert Jordan. Set in a world where magic exists, but only women can use it, The Wheel of Time follows Moiraine (Rosamund Pike), a member of the Aes Sedai, a powerful all-female organization of magic users, who embarks on a journey around the world with five young men and women, believing one of the five might be the reincarnation of a powerful individual prophesied to save the world or destroy it.

You can get a copy of book series here!

Moiraine: The Wheel of Time turns. And ages come, and pass. Leaving memories that become legend.

Moiraine: The power inside you, all over the world, there are different names for it. But it’s one thing. One power. And women who can touch it, we protect the world.

Tam al’Thor: No matter what happens, all the pain we face, the heartbreak, the wheel keeps turning.

al’Lan Mandragoran: The dark one is coming for your friends.

Siuan Sanche: The last battle is coming. The only thing that matters is what you do.

Moiraine: Whatever happens now, there’s no turning back.