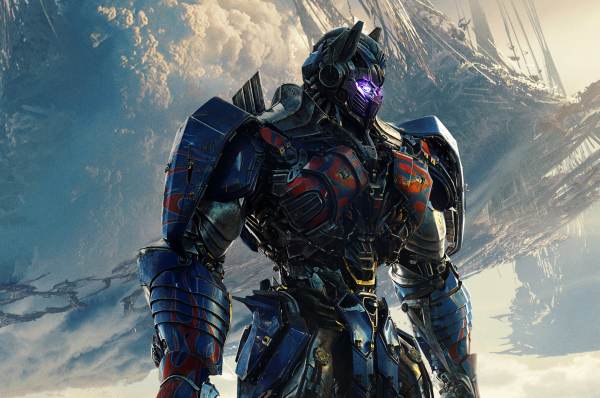 Sci-fi action sequel directed by Michael Bay. The story picks up where Transformers: Age of Extinction left off, with Optimus Prime heading out into space with the Seed in order to confront the Creators. Optimus Prime finds his home planet, Cybertron, now a dead planet, which he comes to find he was responsible for killing. He finds a way to bring the planet back to life, but in order to do so he needs to find an artifact, and that artifact is on Earth.

Back on Earth, the Transformers are being hunted down by the Transformers Reaction Force, led by Santos (Santiago Cabrera) and Lennox (Josh Duhamel). This makes Cade Yeager (Mark Wahlberg) a person of interest and on the run.

Sir Edmund Burton: It has been said through the ages without sacrifice there can be no victory. Two species at war, one flesh, one metal. Optimus Prime has left us. One hundred billion trillion planets in the cosmos. You want to know, don’t you, why the keep coming here, to earth? And now two worlds colliding, but only one survives.

Sir Edmund Burton: It started as a legend, one of the greatest of all. For a thousand years we’ve kept it hidden to protect earth from what was destined to arrive.

Sir Edmund Burton: For a thousand years we’ve kept it hidden. The secret history of transformers here on earth. Now to save our future we must unlock the past.

Sir Edmund Burton: And now the greatest mission of them all, to turn the hide of human history.

Sir Edmund Burton: The imminent destruction of everything we know and love begins.

Sir Edmund Burton: They have been here forever, hidden in the shadows to protect earth from what was destined to arrive.

Sir Edmund Burton: The final battle is upon us.

Cogman: [to Cade] You are needed, sir. Kindly come with me.
Crosshairs: I’ll swat this metal cockroach.
[as Crosshairs goes to grab Cogman, Cogman easily twists his arm and knocks down Crosshairs]
Cade Yeager: Run off with some crazy ninja butler?

[as they watch Vivian trying to beat away Hot Rod]
Cade Yeager: So is this a kidnapping or her first Transformers experience?
Sir Edmund Burton: It’s both, really.

William Lennox: Where are the others, the ones you’re hiding?
Cade Yeager: I don’t sell out friends.

William Lennox: The operation’s over!
Cade Yeager: We’re not giving up, okay?

Quintessa: Optimus Prime, you destroyed your home. Do you seek redemption?
Optimus Prime: My maker, I do.

Quintessa: Your world is dying, Optimus Prime. Do you seek redemption?
Optimus Prime: My maker, I do.

[hiding from a Decepticon]
Young Boy: I almost had a heart attack!
Izabella: Relax, we’re covered.
[suddenly their covering starts to rise[
Izabella: It’s alright, it’s alright.
[we see that Bumblebee was the one that was giving them cover protection]
Izabella: I told you.

Izabella: I was just a normal kid, before my world fell apart. I went to a normal school, lived a normal life. some kids used to tease me.

[referring to Sqweeks]
Quiet Kid: Wow, who is he?
Izabella: As far as you’re concerned my boyfriend.
Quiet Kid: How long has that been going on?

Izabella: Your daughter, what would you say to her?
Cade Yeager: Brush your teeth, work hard. Stay away from any boy in a band, especially a drummer.

Izabella: [Optimus Prime] You think I’m afraid of you!

Cade Yeager: [to Izabella] Are you out of your mind! You’re not going anywhere with me!

Izabella: I want to stay and I want to fight them.
Cade Yeager: You think you’re a badass, huh? Because it’s okay to be a little kid, JLo.

Izabella: Funny what you can do when all you have left depends on it.

Cade Yeager: [to Izabella] Are you coming with me or what?

Cade Yeager: [to Grimlock] Turn around, what have you got in your mouth? Drop the cruiser, right now!
[Grimlock spits out the police car from his mouth]
Cade Yeager: Come on, man! Be careful! You get back in your hole and think about what you did!

Cade Yeager: Prime, stop! You can’t do this!

Izabella: [to Bumblebee] I’m not leaving you!

Vivian Wembley: When all seems lost a few brave souls can save everything we’ve ever known.

William Lennox: The operation is over.
Cade Yeager: We’re not giving up on Prime, okay!

Optimus Prime: For my world to live yours must die.

Optimus Prime: For my world to live, earth must die.

Cade Yeager: This isn’t you, Prime.

Santos: What was that?
Cade Yeager: That was a mistake.

Vivian Wembley: It’s real, all of it.

Cade Yeager: [to Bumblebee] You better have some skills today, buddy.

Cade Yeager: Bee, you are out of your mind!