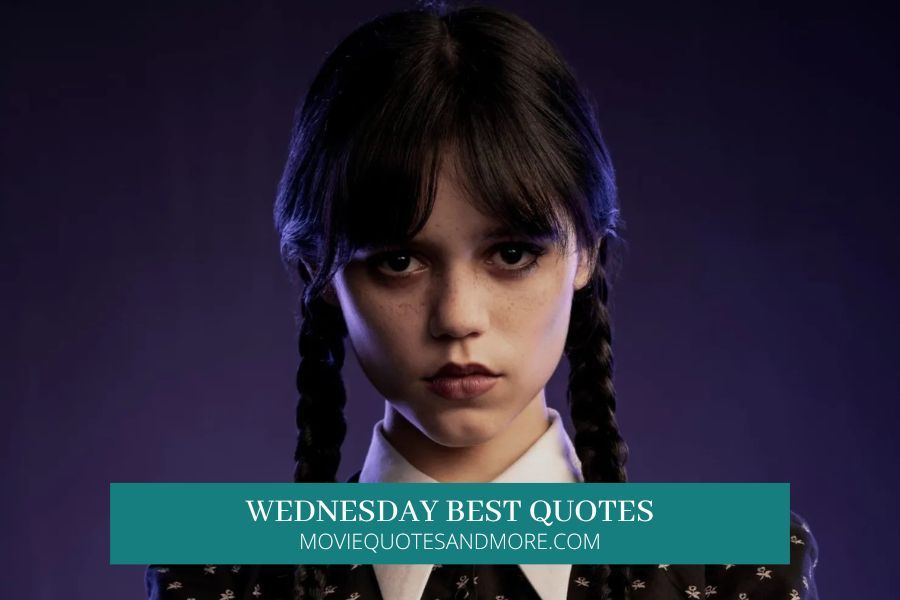 Our list of best quotes from Netflix supernatural comedy horror television series. Wednesday focuses on Wednesday Addams (Jenna Ortega) and her years as a high school student at Nevermore Academy, where she attempts to master her emerging psychic ability, thwart a monstrous killing spree that has terrorized the local town, and solve the supernatural mystery that embroiled her parents 25 years ago, all while navigating her new relationships at Nevermore.

Dalton: Hey, freak. This is a closed practice.
Wednesday Addams: The only person who gets to torture my brother is me.

Wednesday Addams: I did the world a favor. People like Dalton shouldn’t be allowed to procreate. Getting expelled was just a bonus.

Gomez Addams: [to Wednesday] You will love Nevermore. It’s a magical place where I met your mother. Ans fell in love.

Morticia Addams: [to Wednesday] Finally, you will be among peers who understand you. Maybe you’ll even make some friends.

Morticia Addams: Attempted murder, how would that have looked on your record?
Wednesday Addams: Terrible. Everyone would know I failed to get the job done.

Enid Sinclair: Want to take a stab at being social?
Wednesday Addams: I do like stabbing.

Wednesday Addams: Little did I know I would be stepping into a nightmare. Full of mystery, mayhem, and murder. I think I’m going to love it here.

Wednesday Addams: I’ve always hated the expression “write what you know”. But when your life becomes a twisted mystery, maybe it’s time to lean into it.

Wednesday Addams: [to Enid] When I look at you, the following emojis come to mind. Rope. Shovel. Hole.

Wednesday Addams: [to Bianca] You must be the self-appointed queen bee. Interesting thing about bees, pull out their stingers and they drop dead.

Wednesday Addams: I know I’m stubborn, single minded, and obsessive. But those are all traits of great writers, and serial killers.

Enid Sinclair: Who doesn’t have a spooky built-in altar in their family library?
Wednesday Addams: Ours is in the living room. More seating for a year long Día de los Muertos.

Enid Sinclair: [referring to Wednesday’s cat costume] OMG. You look purr-fect! Only thing, where are your whiskers?
Wednesday Addams: Ask again, and you’ll be down to eight lives.

Wednesday Addams: I haven’t always been against birthdays. Each one reminds me I’m a year closer to death’s cold embrace.

Wednesday Addams: Hello, Thing. Did you really think my highly-trained olfactory sense wouldn’t pick up on the faint whiff of neroli and bergamot in your favorite hand lotion? I could do this all day. Surrender?

Wednesday Addams: [to Thing] Mother and Father sent you to spy on me, didn’t they? I’m not above breaking a few fingers. The fact that they thought I wouldn’t find out just proves how much they underestimate me.

Wednesday Addams: Oh, Thing. You poor, naive appendage. My parents aren’t worried about me. They’re evil puppeteers who want to pull my strings, even from afar. The way I see it, you have two options. Option one, I lock you in here for the rest of the semester, and you go slowly insane trying to claw your way out, ruining your nails and your smooth, supple skin. And we both know how vain you are.

Wednesday Addams: Option two, you pledge your undying loyalty to me.
Wednesday Addams: [as Thing bends his fingers, pledging his loyalty] Our first order of business is to escape this teenage purgatory. Of course I have a plan. And it begins now. 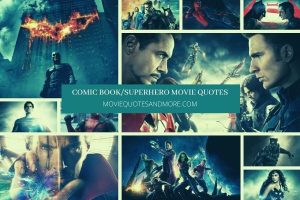