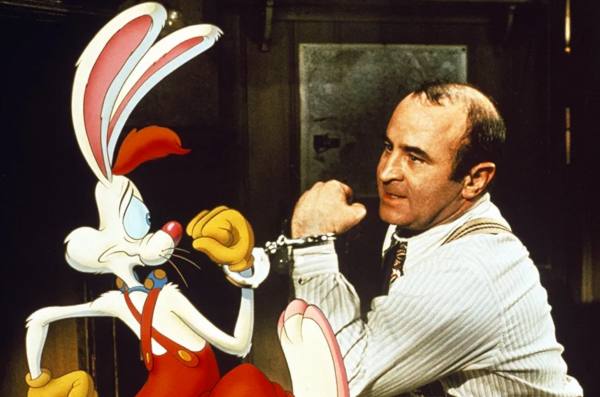 This will be more than a review on the movie; it will be a tribute to a very, special person that recently passed away this year, Richard Williams. For those who are unfamiliar, Richard Williams was called by many, myself included, as one of the masterful crafted animators in history. Initially, I wanted to solely write an editorial on Williams himself because he was my influence to pursue a career in animation in the first place. Williams and I shared one thing in common: ambition. While my artwork and animations aren’t perfect, I’ve always maintained my passion and charisma of concepts to challenge and achieve something the entertainment industry.

This man was an artist full of hopes and dreams. Williams spent decades trying to produce his most ambitious project, The Thief and the Cobbler, but never came to full fruition. Even though his dream never come true, Richard still managed to inspire other artists/animators through his master classes and book, The Animator’s Survival Kit. If you want to know more about Richard Williams, I highly recommend watching Kevin Schreck’s documentary, The Persistence of Vision.

But today, I want to talk his secondary accomplishment: the animation director on Who Framed Roger Rabbit? This movie is more than just one of my childhood favorites, it was a landmark experience. We are familiar with live-action/animation hybrids throughout history. Whether the characters were hand-drawn back then or computer-generated nowadays, these films are NOTHING compared to Roger Rabbit itself. The movie itself is a huge, love letter to the Golden Age of Hollywood and animation for various reasons.

When a cartoon rabbit named Roger is accused of a murder, private eye detective Eddie Valiant (Bob Hoskins) must solve the case and clear Roger’s name.

The setting takes place in Hollywood during the 1940s where film noir was the most popular film genre at the time, which fits perfectly into the story and writing. The story is a straightforward mystery with interesting clues to follow. You know exactly what atmosphere and mood you will be in once you watch this movie. Imagine yourself investigating a crime in a dark alleyway while you feel that you are being watched and need to take action. It is a simple yet effective conveyance of thrill and suspense in a film noir. Moreover, the story is heavily character driven where we learn more of Eddie and Roger’s characters and outcomes. While the violence and action sequences don’t go into R-rated territory, they eventually deliver an exhilarating pace of adventure. Your heart will be beating when you see a figure pulling out a gun from the shadows or outrunning the bad guys in a high-speed car chase. Granted, there may be one or maybe two predictable moments you may see coming, but the execution of everything else in the movie make up for it.

The tone contrasting over-the-top cartoon characters interacting with humans in a down-to-earth setting also works, along with a platter of humor. Sure, there are some lighthearted comedy, such as Roger Rabbit’s slapstick or vice versa with Eddie in the animated ToonTown. However, there are jokes for adults. I am NOT talking about low-brow humor that would make the tone juvenile. I am talking about jokes in cartoons (particularly Looney Tunes) during the Golden Age that reflect as a reminder that they are aimed for adults more than children at the time. Another important factor between this movie and others is its theme on social commentary. Loosely based on the novel Who Censored Roger Rabbit, the relationship between the human and cartoon characters is an allegory of racism with African Americans, which reflects the social issues during the Golden Age. Although it is not risqué as it sounds, the tone keeps it tamed with winks and nods displaying Eddie Valiant and Judge Doom’s prejudice against cartoon characters with differing motivations.

With today’s live-action and CGI hybrids easily banking the entertainment industry, computer software would easily render the characters and effects around the live actors to either making the results look convincing and/or uncanny. Then again, you will be intrigued by Roger Rabbit holding and drinking from a live-action glass or Eddie Valiant driving in the animated Benny the Cab character. It will then be followed by a question: How did they blend these two art mediums well? HOW did they do it? Well, that’s where the creative talents of the actors, cinematographers and Richard Williams’ team of animators come into play. First, they film the scenes using puppets and robotics around the actors while the filmmakers place the aforementioned objects under lighting and specific camerawork to make sure the character animation itself doesn’t feel put of place during post-production.

Thanks to the master craftsmanship of Williams’ team, the characters are not just LOOK like a homage to cartoons of the Golden Age, they move smoothly with kinetic energy through emphasis on squash-and-stretch. Even the animated environment of ToonTown looks great. Outside of the cameos, which I will address soon, it is very imaginative with the buildings having faces and is full of visual gags and Easter eggs worth spotting and laughing. As for the live-action portions, the actors pull off amazing performances when interacting with the animation. Whether you see Eddie being painfully pulled by an erratic Roger in handcuffs or slapped in the face by Jessica Rabbit, you will feel the weight and sense the believability of the character’s presence. In addition, the production values are top-notch with the sets and costumes capturing the time period accurately. It may be hit-and-miss with other movie hybrids, this movie has proven that hard work and effort has made cartoon characters feel more, lack for a better word, alive than they are.

With thought-provoking writing and innovative technical aspects, this movie cannot be complete without a cast of memorable characters. Eddie is a stick-in-the-mud detective, who was once top of his prime but started hating cartoon characters because a cartoon character killed his brother. But, once he starts helping Roger, he slowly revitalizes his respect for cartoons and believes Roger didn’t commit the crime. For a British actor, Bob Hoskins did an incredible job showing the tragic and humane side of his character, while delivering an intentionally funny delivery of his New York accent. Roger Rabbit, voiced by comedian Charles Fleischer, is a struggling cartoon star whose career is on the rocks when he thinks his wife Jessica is cheating on him and many claim that’s his reason for committing the crime. But, through his reliance on Eddie and good-hearted nature, Roger represents the innocence and charm of characters of the Golden Age.

Jessica Rabbit (voiced by Kathleen Turner) is Roger’s cartoon human wife where her glamorous yet mysterious nature made history as a sex symbol in animation, similar to Max Fleischer’s Betty Boop. Other characters in the line-up include Eddie’s smart aleck ex-girlfriend Dolores, Roger’s cigar-smoking co-star Baby Herman, the wealthy R.K. Maroon, the eccentric Marvin Acme, and the outspoken Benny the Cab. And then you have the villain Judge Doom, performed remarkably well by Christopher Lloyd. He is a man full of authority with a zealous prejudice towards cartoon characters and can provide action with serious consequences. If Christopher Lloyd not blinking once wasn’t threatening enough, he also invented a way into killing cartoon characters to show that he means serious business. Accompanying him are a group of animated gangster weasels, which depict the sly and mischievous nature of the animal itself. Keep in mind, this is written for those who haven’t seen the movie so I DARE NOT to spoil more Doom himself.

It would be, no pun intended, a crime for forgetting to mention the huge amount of cameos of cartoon characters shown throughout the movie. These cartoon characters range from Disney, Warner Bros., Max Fleisher, and Universal properties. Knowing movies based on cartoons today, they are easily made, according to audiences, to capitalize on nostalgia without providing much substance in everything else. Sure, it is fun to point out who’s in the movie. Then again, this movie proved that these above-mentioned characters are MORE than just nostalgia, they are timeless. These are characters full of creativity and charm that helped sparked the Golden Age and many generations remember these characters to this day. It was also legally fair yet effective to see both Disney and Warner Bros. characters side-by-side. You will be laughing your head off to see Donald and Daffy Duck in a piano war and have a big smile on your face to see Mickey Mouse and Bugs Bunny skydiving together. There contrasting personalities are work off well with each other and seeing where these companies has evolved since then…it CANNOT be recaptured again.

Overall, Who Framed Roger Rabbit? is an textbook example of a live-action/animated hybrid done right. It is absolutely a one-of-a-kind movie that cannot be replicated, especially now that Richard Williams has left us. Sure, many movies have tried afterwards and received mixed results, but it wasn’t the same without Richard. Richard knew how to make animation feel alive and just a series of drawings. I always keep a stiff upper-lip and stay optimistic under the same method as Williams. Life is always complicated. As long as there is hard work and effort shown in your work, anything is possible and Roger Rabbit proved me so. It is an absolute must-watch for EVERYBODY time and time again.