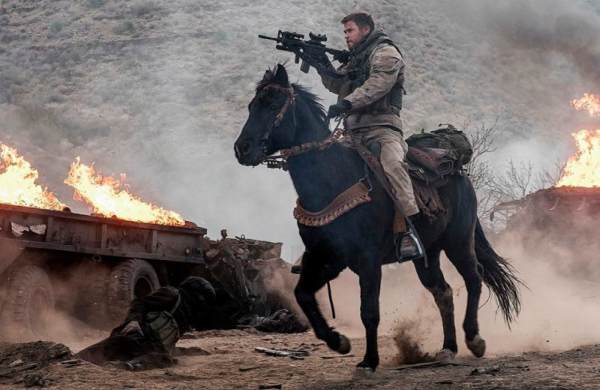 War drama directed by Nicolai Fuglsig which is inspired by true events and is set days following 9/11 when a U.S. Special Forces team, led by their new Captain, Mitch Nelson (Chris Hemsworth), is chosen to be the first U.S. troops sent into Afghanistan for an extremely dangerous mission.

There, in the rugged mountains, they must convince Northern Alliance General Dostum (Navid Negahban) to join forces with them to fight their common adversary: the Taliban and their Al Qaeda allies. In addition to overcoming mutual distrust and a vast cultural divide, the Americans, who are accustomed to state-of-the-art warfare, must adopt the rudimentary tactics of the Afghani horse soldiers. But despite their uneasy bond, the new allies face overwhelming odds, they are outnumbered and outgunned by a ruthless enemy that does not take prisoners.

Maddy Nelson: Are you taking me to school again?
Captain Mitch Nelson: Uh-huh, and picking you up.
Maddy Nelson: Daddy…
[Nelson turns as he hears about the attacks on the World Trade Center]

[referring to the military plane]
Special Forces Solider #1: What is that, part of some drill?
Sgt. First Class Ben Milo: That ain’t no drill.

Colonel Mulholland: Nineteen men attacked our country, the twelve of you will be the first ones to fight back.

Colonel Mulholland: The most important thing a man can take into combat is a reason why.
Captain Mitch Nelson: You’re in this fight, boys, you mark my words.

Colonel Mulholland: I would be remiss if I did not say to you, even in success, the odds of you coming home.
Captain Mitch Nelson: We’re a hundred percent, sir. We’re coming home.

Colonel Mulholland: [to Nelson] This is from the towers. You carry that with you.

Hal Spencer: How do you love your family and leave them to go to war?

Sam Diller: I have two hours, I’ll be really quick.
Lisa Diller: Not a chance. Holding out is the only way I can guarantee you come back to me.
Sam Diller: Sam Diller: War’s going to be over in a week.

Nelson’s Wife: [to Nelson] I don’t care how long you’re gone as long as you come back.

Captain Mitch Nelson: Every step we take is going to be a minefield from a hundred different wars. Odds are we’re not all going to make it out of this.

Hal Spencer: We’ve just been handed the most important mission in the free world.

Hal Spencer: If we don’t take that city The World Trade Center is just the beginning.

Captain Mitch Nelson: We’re teaming up with the general of the Northern Alliance that we know nothing about.

Captain Mitch Nelson: General, can you show me exactly where we’re going?
General Dostum: One of the mountains, we take horses.

Captain Mitch Nelson: Alright, who’s ridden before, anyone?
Bill Bennett: Summer camp when I was nine.
Fred Falls: Cancun, Spring Break, but I was pretty hammered.

Captain Mitch Nelson: Great, this will be fun.

Captain Mitch Nelson: We’re outnumbered fifty thousand Taliban to Al Qaeda fighters. We’re on our own. I can’t order anyone to do this.

Hal Spencer: Do you want to surrender? Keep your finger on the trigger. Just stay there.

Captain Mitch Nelson: Chances are we are not going to make it out of this one. If we quit now what happened back home is going to happen again and again. It’s you who’s got to make this decision.

Captain Mitch Nelson: There’s no playbook here, we’re going to have to write it ourselves.

Captain Mitch Nelson: I ain’t losing one man on this team.

Lt. Colonel Bowers: Hold on, our boys are going to ride into battle on horseback?

General Dostum: The greatest weapon in history is this.
[he points to Nelson’s heart]

Hal Spencer: [to Nelson] If you die, that’s a letter you and your wife you wish you wrote.

[referring to his wife]
Captain Mitch Nelson: I made her a promise I’m coming home.

Captain Mitch Nelson: Where the hell did those come from?

Captain Mitch Nelson: The only way home is winning.


What do you think of 12 Strong quotes? Let us know what you think in the comments below as we’d love to know. 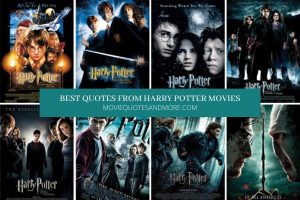