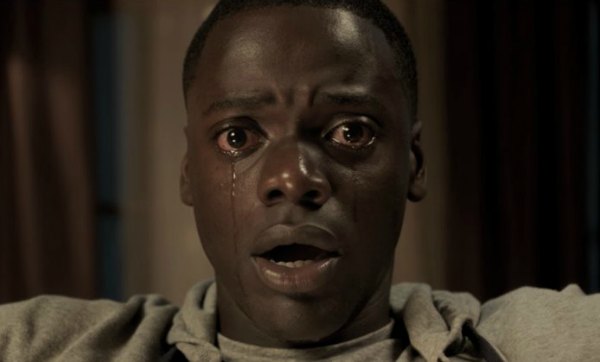 A Forceful Punch to Our Faces

In the current world of intellectual and cultural achievements we as civilized people have almost come to the belief that racial discrimination has somehow ended in the world and even if it exists it is restricted to geographies around the world where education has not permeated in all corners or there is a huge economic difference between a feudalistic ruler and those who are under the shackles of his domination.

However the understanding on a large number of issues such as global poverty, capitalist imperialism we the so called educated faction of the society are miserably wrong. In the most powerful continent in the world North America the discrimination between the black and white people in every walk of life is still monumental.

Gone are the days when hate words are uttered on the streets and white landlords are seen to spank the black servants in their homes or black people could not travel in the same compartment as the white. Racial discrimination these days have become subtle in the civilised society. The polish inherent in people residing in developed nation has covered the malignancy of hate, exploitation and abuse that larks deep within.

The film Get Out brings this hidden disease located in the deep recesses of human minds into life in an unprecedented fearless unapologetic manner. Director Jordan Peel takes a complicated issue wrapped in the guise of a horror film and almost slaps the white society who feels progressive and pompous in championing black causes as a measure of cultural and intellectual superiority and in the process harms the cause even more than benefitting it.

In the world of creative excellence and artistry in movie making horror films are given the least precedence. Get Out starts as a horror film in the most non horror ways yet it strikes audience as a genuine spine chillier since what provoke fright in the film is not some gory special effects but the monstrosity, evilness of intentions and ghastly portrayals of the principal characters. True horror is not always perceived in actions but often in hidden motives of the most aristocrat or the erudite social butterfly crossing every limit of terror and menace.

The gutsy director peels out these layers and brings the fractured, distorted, horrific glimpses of the so called educated, elite chauvinists under broad day light.

A lot of reviews have already been written dissecting how brilliant the performances have been by the principal actors Daniel Kaluuya, Allison Williams, Catherine Keener or Bradley Whitford or how taut, realistic and original the screenplay is but what I think will make this film stand the test of time is the burning reality of the oppressed, the subjugated, the cast aside in a sensitive yet raucous unforgiving manner.

Even if we put all the cinematic nuances amply displayed by the director and his allies in cinematography, acting and music aside the novelty of the story of implanting white brains into black bodies symbolizing an even more brutal horrendous way of black subservience is a master piece in its own right.

Note – I have been more compelled by the sheer strength of the story over all cinematic exquisiteness evident in the movie. Hence it deserves all my kudos.

[on the phone]
Rod Williams: I ain’t never seen you like this before, bro. Meeting families and taking a road trip, don’t come back up all bougie, man, come back and got your damn pants up to your damn stomach.
[as Chris and Rose laugh at his comments suddenly a deer flies into their windscreen]

See more Get Out Quotes

Dean Armitage: So how long has this been going on, this, this thing?
[Chris chuckles awkwardly]

[to Chris; referring to the young African American couple]
Dean Armitage: We hired Georgina and Walter to help care for my parents. When they died I couldn’t bear to let them go.

Missy Armitage: Do you smoke in front of my daughter?
Chris Washington: I’m going to quit.

[referring to meeting the rest of her family]
Rose Armitage: Are you ready for this?
Chris Washington: I’m backing Pete.

[on the phone]
Rod Williams: So look, I go do my research, apparently a whole bunch of brothers have been missing this summer.
Chris Washington: But it’s cool.
Rod Williams: How are you not scared of them, man?

Chris Washington: Rose, we got to go.
Rose Armitage: Is everything okay?

Rod Williams: I mean, I told you not to go in that house. I mean…
Chris Washington: How did you find me?
Rod Williams: I’m TS motherfucking-A. We handle shit. That’s what we do. Consider this situation fucking handled.