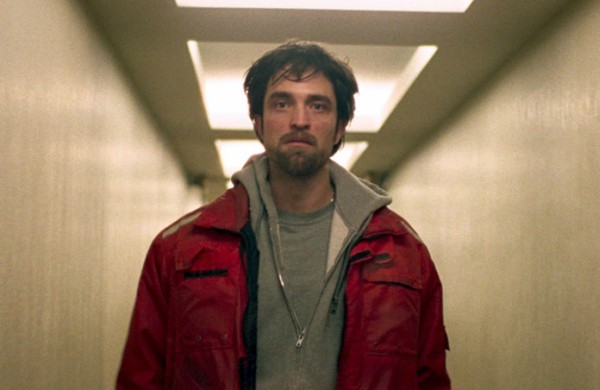 This film is a ballsy, but artistic neo-noir crime drama that follows a young criminal named Constantine “Connie” Nikas. Connie, and his mentally handicapped brother, Nick, attempt to rob a New York City bank for $65,000. They seem to be successful until their plan completely misfires. A dye pack that was left inside the bag of cash ends up going off, spraying paint inside their getaway car, causing their getaway driver to crash, and fall unconscious. The two brothers attempt to flee on foot, but Nick ends up getting caught by the police, while Connie ends up escaping. Connie discovers that Nick is being incarcerated in Rikers Island, the most dangerous prison in the country. Fearing that his brother will probably end up dead, Connie finds himself in a race against the clock to get $10,000 to bail him out of prison, before it’s too late. However, in order to get the $10,000 in time, Connie soon discovers that he’ll have to take desperate, even illegal measures. When his mugshot hits the news television stations, he sets out on a night-long odyssey through New York’s seedy underbelly, all while trying to dodge the cops at every corner.

First positive thing to say about this movie: Robert FREAKING Pattinson. Pattinson has officially dug himself out of the atrocious black hole that is the Twilight saga. With winning streak movies like The Lost City of Z (which also came out earlier this year) and David Michod’s (of Animal Kingdom fame) The Rover under his belt, and being David Cronenberg’s latest muse (Cosmopolis and Map to the Stars), he is making one hell of a comeback. He gives probably the highlight performance of his career so far with this movie. His performance as a sleazy up-and-coming young criminal is so gritty, while at the same time being really energetic. His performance channels the likes of many dark and gritty performances from the likes of Al Pacino in Dog Day Afternoon, Robert De Niro in Mean Streets, and many early films in Harvey Keitel’s career.

This entire film has the vibe of a seedy crime flick from the late ’70s to early ’80s like Taxi Driver and William Friedkin’s To Live and Die in L.A. This movie has “sleaze” written all over it. If this film was made around that era, Martin Scorsese or Sidney Lumet would have directed it. I watched this film in a dine-in theater (one of the very few theaters that was playing this film in my area) with a clean stadium, comfy recliner seats, and everything, and this film still had me in the environment of a seedy, scummy, crime-ridden city. I literally pictured rats crawling underneath my seat, and the smell of billowing car smoke from busy traffic filling up the theater as I was watching this film.

The Safdie brothers have a real knack for visual astonishment. This film is incredibly well-shot, and well lit. The camera work brings a lot more emotion to the more tense moments, as well as the more subtle ones. The writing is also another plus to the film, with plenty of dark humor and sharp dialogue. The retro synth music score is also a wonder to hear. Daniel Lopatin (credited as his alias Oneohtrix Point Never), creates an intense, almost eerie score, which adds more of an edge to the film’s dark and sordid environment.

While this is a good film, I definitely can’t say that it’s a perfect one. There is a major flaw that I did find too distracting. The film’s pacing is probably its biggest problem. While the first 25-30 minutes are extremely well executed, and had me sucked into the action, the second act feels like it drags on a bit more than it needs to. It goes from a “drag-pick up-drag again-pick up again” cycle throughout the second and third act. If the film had more of a faster pace to it, it would have been a bit more of a better one.

For the most part, I enjoyed this film. It feels like a great throwback to many great crime films from the ’70s/’80s New Hollywood era. It features thrilling cinematography and direction, smart writing, a unique music score, and of course a brilliant, career-defining central performance from Robert Pattinson. If any theater near you is showing this film, see it while you still can!

Connie Nikas: So I told you about my brother, yeah? Something happened, I don’t know exactly what. He’s been arrested, he’s being held at Rikers Island.
Corey: Oh, my God. That’s awful.
Connie Nikas: I’ve just got to get him out of there before something bad happens. He could get killed in there. I have to save him.

Connie Nikas: I got to come clean with you about something.
Corey: What?
Connie Nikas: So I told you about my brother, yeah? I told you about the program he’s forced to attend and how he shouldn’t be there. Something happened, I don’t know exactly what. My brother’s been arrested, he’s being held at Rikers Island. He could get killed in there.

Connie Nikas: I think something very important is happening and it’s deeply connected to my purpose. It’s important.

Prison Psychologist: Don’t count your chickens before they hatch. Do you understand that?
Nick Nikas: No.

Prison Psychologist: [to Nick] Listen, I want you to come with me. Now you are going to love it.

Prison Psychologist: [to Nick] This place where you are now can be a lot of fun if you let it. You’re going to have a good time.

Connie Nikas: Who do you think I’m doing this for? I want him out tonight.

Connie Nikas: Don’t be confused. It’s just going to make it worse for me.

Ray: Did you ever do time before?

Man: [voice over] Every day I think about untwisting and untangling these strings I’m in and to lead a pure life. Look ahead in a clear sky, I ain’t going to get there, but it’s a nice dream. It’s a nice dream.