House of Gucci is a high-end soap opera style drama surrounding the Gucci family tragedy. Patrizia Reggiani (Lady Gaga), an ambitious outsider marries the heir of Gucci. A tale of greed, betrayal and murder follows, ultimately leading to the fall of the Italian fashion dynasty.

Despite being two hours and thirty-seven minutes long with some perplexed editing choices by Claire Simpson, House of Gucci manages to be entertaining enough to keep the audience engaged throughout its entirety.

House of Gucci is a flawed biographical movie with several inaccurate historical details. If you’re expecting to be enlightened about the actual chronicles of the Italian fashion empire, then you’re better off watching some documentaries on YouTube. This movie is targeted at the audience who want to escape reality and have some laughs despite the controversial subject of the movie. One can’t simply enjoy this kind of film by viewing it through a critical lens.

With its budget clocking at seventy-five million dollars, there’s no surprise that the production design is glamorous and extravagant. Cinematographer Dariusz Wolski does a good job of capturing the glitz and glamours of the ’80s and the ’90s. One of the strongest elements of House of Gucci is its soundtrack, which is superlative at best. The sublime music choices includes some classics by Donna Summers, Tracy Chapman, George Michael, David Bowie and Eurythmics.

My biggest issue with this movie is the gratuitously sympathetic portrayal of Patrizia Reggiani when it was far from reality. Scott and Gaga attempt to make her seem like a three-dimensional character, but the real Patrizia has made it obvious that she is a narcissistic and gluttonous person who has zero self-condemnation about committing a cold-blooded murder.

Besides this, so many factual events have been misrepresented to fit in the movie’s time frame. Patrizia wasn’t as involved in the Gucci business as she is displayed in the movie.

Now coming to the performances, Lady Gaga does a fantastic job playing the self-seeking opportunist Patrizia Reggiani. After her successful acting debut in A star is born, Gaga’s second role in Hollywood is quite challenging and she definitely delivers when it comes to the acting department. Lady Gaga’s depiction of Patrizia’s manipulative reign over the Gucci empire is substantial as well as wildly dramatic.

Adam Driver gives a nuanced performance as the shy and introverted Maurizio Gucci. His dichotomous portrayal of a guileless law student transitioning to an assertive yet incognizant businessman is meritorious. Driver had three movie outings this year, with his strongest performance being Henry McHenry in Leos Carax’s Annette. Ridley Scott signed up Driver for both of his directorial releases this year.

The legendary Al Pacino plays Aldo Gucci, Rodolfo Gucci’s brother and Maurizio Gucci’s uncle. Jared Leto plays Aldo’s son Paulo Gucci. Both Pacino and Leto have over the top comical bonding as father and son, their performances are more on the caricaturish side but still entertaining and tumultuous to witness. Pacino and Leto have high chances of getting nominated as supporting actors.

I wish Jeremy Irons as Rodolfo Gucci had more screen-time since Maurizio and Rodolfo’s father-son arc felt incomplete and somewhat rushed. Rodolfo suffering from pancreatic cancer should have been mentioned in the movie as it caused a major upheaval amongst the Gucci conglomerate.

Salma Hayek plays the role of Pina Auriemma, who is a fortune teller. Pina and Patrizia get acquainted to orchestrate the murder of Maurizio Gucci. Hayek’s performance, however, is passable at best as she doesn’t have much to do in the movie.

House of Gucci is Ridley Scott’s second directorial venture of 2021. Although The Last Duel, released in October got universal critical acclaim, it failed commercially because of its provocative theme and content. Ridley Scott, at the age of 83, managed to churn out two good movies during the pandemic era.

House of Gucci would definitely get nominated for the costume and cinematography categories in the upcoming award season. However, it remains to be seen whether it can score big on the acting categories with so much great competition going on. 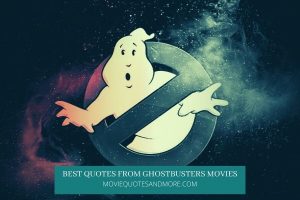