I, Tonya Best Quotes – ‘There’s no such thing as truth.’ 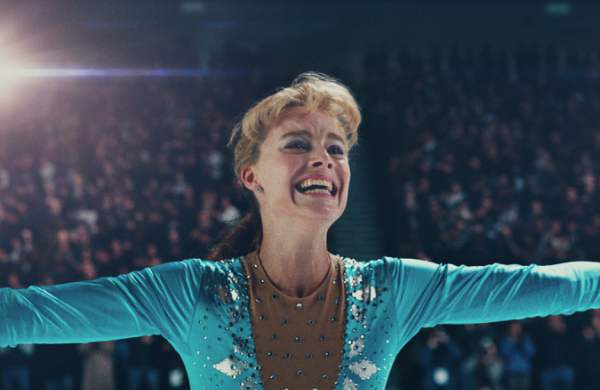 Black comedy-drama directed by Craig Gillespie which is based on unbelievable but true events of the American figure skater Tonya Harding (Margot Robbie) and her ex-husband and Jeff Gilooly (Sebastian Stan), who hired a man to break the leg of Harding’s competitor Nancy Kerrigan (Caitlin Carver) at the National Figure Skating Championship in 1994, which led to the end of Harding’s career in figure skating.

Tonya Harding: [voice over] America. They want someone to love, but they want someone to hate, and the haters always say. “Tonya, tell the truth!” There’s no such thing as truth. I mean it’s bullsh*t! Everyone has their own truth. And life just does whatever the f**k it wants.

Tonya Harding: [voice over] I was the best figure skater in the world at one point in time.

[to young Tonya]
LaVona Golden: Call that a clean skate for Christ’s sakes.
Spectator: Do not swear in front of the kids.
LaVona Golden: I didn’t swear, you c*nt.

[to young Tonya]
LaVona Golden: Stop talking to her, that girl is your enemy.

Tonya Harding: [voice over] Jeff was my first date ever. And my mom came.

[to Jeff and Tonya]
LaVona Golden: You two f**k yet?

Tonya Harding: You do dumb things when you’re young, like marrying Jeff.

LaVona Golden: [to Tonya] You skated like a graceless bull-dyke, I was embarrassed for you.

Tonya Harding: [voice over] My entire life I’ve been told I wouldn’t amount to anything. Well, you know what, maybe I would.

Tonya Harding: Nancy and I were friends, okay? We were roommates sometimes on the road. But the press wanted Nancy to be a princess and me to be a pile of crap to sell papers. I mean, what kind of frigging person bashes in their friend’s knee? Who would do that to a friend? This is bullsh*t.

[after being given a 4.8 score on her skating]
Tonya Harding: How do I get a fair shot here?
Judge: We also judge on presentation.
Tonya Harding: Suck my d*ck!

Shawn Eckhardt: [to Jeff] You’re going to need to even the playing field. I know a guy, I shouldn’t even be saying his name. Derek.

Tonya Harding: [voice over] The press wanted me to be the pile of crap.

[after shooting at Jeff]
Tonya Harding: I never did this.

Tonya Harding: What is going on?

Shawn Eckhardt: [to Jeff] They know something.

FBI Agent #1: What can you tell us about Tonya Harding?
Shawn Eckhardt: I don’t know a Tony Harding.
FBI Agent #2: Aren’t you her bodyguard?

Tonya Harding: When I was a kid did you ever love me?
LaVona Golden: I made you a champion knowing you’d hate me for it. That’s the sacrifice a mother makes.
Tonya Harding: You cursed me.

Tonya Harding: I thought being famous was going to be fun. I was loved for a minute, then I was hated. Then I was just a punch line. It was like being abused all over again, only this time it was by you. All of you. You’re all my attackers, too.

What do you think of I, Tonya quotes? Let us know in the comments below as we’d love to know.