Jumanji: The Next Level New Quotes – ‘This is a whole new thing.’ 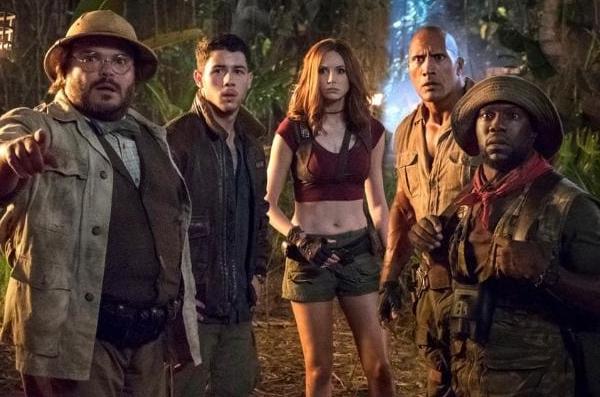 Action-adventure comedy sequel directed by Jake Kasdan. The story continues the adventure of the four friends, Spencer (Alex Wolff ), Martha (Morgan Turner), Bethany (Madison Iseman) and Frdige (Ser’Darius Blain). When Spencer goes missing after attempting to repair the video game, the rest of the group decide to re-enter Jumanji to save him. At the same time Spencer’s grandfather, Eddie (Danny DeVito), and his friend, Milo Walker (Danny Glover), inadvertently get sucked into the game too. As the group re-enter the game, they discover the game has changed, and that nothing is as they expect. The players will have to brave parts unknown and unexplored, from the arid deserts to the snowy mountains, in order to escape the world’s most dangerous game.

Eddie Gilpin: Are you still talking to your friends?
Spencer: It’s complicated. When we first got together, we were different people.

[referring to Spencer]
Martha: I think he went back in. We got to go get him.
Fridge: Are you out of your mind?
[they start getting sucked into the game]
Fridge: We haven’t even picked our guides yet!

[referring to the noise of the game in the basement
Milo Walker: Do you hear something?
Eddie Gilpin: Huh?

[Fridge has come in Shelly Oberon’s body]
Professor Shelly Oberon: This can’t be happening! I came back and things actually got worse.

Professor Shelly Oberon: This is a whole new thing. Listen up now. This is a dangerous place. You’ve got to eyes in the back of your head!
[just then a giant python grabs him in its mouth]
Franklin “Mouse” Finbar: What in the Sam Hill just happened to him?

Ruby Roundhouse: We have to find Spencer and Bethany.

Franklin “Mouse” Finbar: Oh You are a terrible driver!
Dr. Smolder Bravestone: What are you talking about? I just passed my driver’s test last month, again.

What do you think of Jumanji: The Next Level quotes? Let us know what you think in the comments below as we’d love to know.