Lady Bird Best Quotes – ‘Whatever we give you it’s never enough.’ 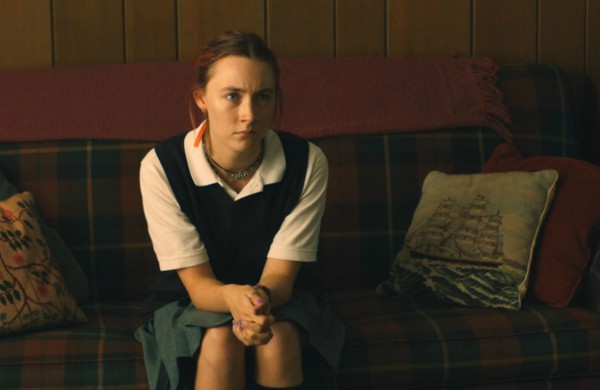 Coming-of age dramedy written and directed by Greta Gerwig in her directorial debut. The story centers on Christine “Lady Bird” McPherson (Saoirse Ronan), a headstrong high schooler who wants to escape from her family and small California town by going to college in New York. She hates everything about her life and town and has a turbulent relationship with her mother, Marion McPherson (Laurie Metcalf), a nurse who is a wildly loving, deeply opinionated and a strong-willed mother working tirelessly to keep her family afloat after Lady Bird’s father, Larry McPherson (Tracy Letts), loses his job.

Danny: [to Marion] Lady Bird always says that she lives in on the wrong side of the tracks, but I always thought that that was like a metaphor, but there are actual train tracks.

Kyle: What you do is very baller, very anarchist.
[we see Christine try to stuff a magazine inside her skirt]
Miguel: Put the magazine back!

Shelly: [to Christine] She has a big heart, your mom.

[referring to Marion]
Danny: She’s warm, but she’s also kind of scary.
Christine ‘Lady Bird’ McPherson: You can’t be scary and warm.
Danny: I think you can, your mom is.

Teacher: So you’re not interested in any catholic colleges.
Christine ‘Lady Bird’ McPherson: No way. I want schools like Yale, but not Yale because I probably couldn’t get in.
Teacher: [laughing] You definitely couldn’t get in.

Christine ‘Lady Bird’ McPherson: Does mom hate me?
Larry McPherson: You both have such strong personalities.

Christine ‘Lady Bird’ McPherson: When is a normal time to have sex?
Marion McPherson: You’re having sex?

[after they’ve just had sex]
Christine ‘Lady Bird’ McPherson: I just wanted it to be special.
Kyle: Why? You’re going to have so much unspecial sex in in your life.

What do you think of Lady Bird quotes? Let us know in the comments below as we’d love to know.