Romantic comedy drama directed by Greg Berlanti. Love, Simon centers on 17 year-old Simon Spier (Nick Robinson), a high school student  who hasn’t told his family or friends that he’s gay, and he doesn’t know the identity of the anonymous classmate that he’s fallen for online. When Simon Spier’s emails to his secret pen pal, Blue, fall into the wrong hands, he is forced to play wingman to his blackmailer.

Read the reviews of the movie here.

Simon: My name’s Simon, I’m just like you. For the most part my life is totally normal. My dad is the annoyingly handsome quarterback who married the hot valedictorian. And, no, they didn’t peak in high school. I have a sister I actually like, not that I’d ever tell her that, and last year in the 200th episode of Chop2Go she decided she wanted to be a chef. And then there’s my friends. Two of them I’ve known since pretty much the beginning of time, or at least kindergarten. One of them I just met a few months ago, but it feels like I’ve known her forever. We do everything friends do, we drink way too much iced coffee, we watch bad ’90s movies and hangout at Waffle House dreaming of college and gorging on carbs. So, like I said, I’m just like you. I have a totally perfectly normal life. Except I have one huge-a** secret. Nobody knows I’m gay.

Simon: My name’s Simon and I’m just like you, except I have one huge-a** secret. Nobody knows I’m gay. Sometimes I feel like I’m stuck on a ferris wheel. One minute I’m on top of the world, then the next I’m at rock-bottom. I’ve been thinking about why I haven’t come out yet. Maybe part of me wants to hold onto who’ve I’ve always been, just a little longer. No matter what, who you are to the world is pretty terrifying because what if the world doesn’t like you? P.S. It doesn’t seem fair that only gay people have to come out. Why is straight the default?

Leah: Do you ever feel weird?
Simon: Weird?
Leah: Sometimes I feel like I’m always on the outside, there’s this invisible line that I have to cross to really be a part of everything and I just can’t ever cross it.
Simon: Me too.

Leah: Sometimes I think I’m destined to care so much about one person it nearly kills me.
Simon: Me too.

Emily: Hey, you guys. How was the party?
Leah: It was really fun.
Simon: Aces.

Mr. Worth: You know there’s no texting in halls, dude. Come on, I can’t have all my students tendering up, that’s my department.
Simon: Right.

Abby: Have you seen the new post about the closet gay kid at school?
Simon: What?
Abby: Who do you think it is?
Simon: Can I call you back?
[he checks the post and see’s it’s someone named Blue]

Simon: [sends a message] Dear, Blue, I’m just like you.
[after sending the message]
Simon: This was a mistake.

Blue: Dear Simon, it’s nice to know there’s another guy at school with the same secret. When did you first realize?
Simon: Dear Blue, It was a bunch of little things, like my first girlfriend.
[we see Simon in flashback dancing with girlfriend]
Jackie: I think I’m falling in love with you.
Simon: Wow. Thank you. I’ll be right back.
[Simon runs into the bathroom and texts his parents to pick him up]
Simon: It wasn’t my proudest moment.

Blue: Simon, have you told anyone?
Simon: No, I haven’t told anyone. Announcing who you are to the world is pretty terrifying.

Simon: Dear Blue, it doesn’t seem fair that only gay people have to come out. Why is straight the default?

Leah: [we see different scenarios of Simon’s friends coming out as straight to their parents] I have something to tell you. I’m straight.
Nick: I like girls.
Mr. Eisner: Are you trying to kill me?
Abby: I like men. I’m heterosexual.
[Abby’s mom suddenly bursts into tears]
Abby’s Mom: Oh, God! Help me, Jesus!

Leah: Si, look at your computer. Someone leaked your emails on the school blog.

Blue: I’m sorry, Simon. I can’t do this anymore.

Simon: I’m done living in a world where I don’t get to be who I am. I deserve a great love story and I want someone to share it with.

Abby: Have you ever been in love?
Simon: I think so.

Simon: Disclaimer, this is about to get romantic as F.

Nick: You’re not into Abby, are you?
Simon: She’s cute, but she’s just not really my type. Not because she’s black. I love black women. Not like, you know, I have a thing for black women, I just love all women.

Simon: Did you know?
Emily: I knew you had a secret. When you were little, you were so carefree. But these last few years, more and more, it’s almost like I can feel you holding your breath. I wanted to ask you about it, but I didn’t wan to pry. Maybe I made a mistake.
Simon: No. No, mom, you didn’t make a mistake.
Emily: Being gay is your thing. There are parts of it you have to go through alone. I hate that. As soon as you came out, you said, “Mom, I’m still me.” I need you to hear this. You are still you, Simon. You are still the same son who I love to tease, and who your father depends on for just about everything. And you’re the same brother who always complements his sister on her food, even when it sucks. But you get to exhale now, Simon. You get to be more you than you have been in, in a very long time. You deserve everything you want.
[she goes over and kisses his head]

Simon: Dear Students of Creekwood High School, as anyone with a half-decent data plan already knows, a recent post declared on this very website declared that I was gay. The delivery left something to be desired, but the message is true. I am gay. For a long time I was killing myself to hide that fact. I had all these reasons, “It was unfair that only gay people had to come out. I was sick of change.” But the truth is I was just scared. First I thought it was just a gay thing, but then I realized no matter what, announcing who you are to the world is pretty terrifying, because what if the world doesn’t like you? So I did whatever I could to keep my secret. I hurt the best, the most important people, and I want them to know that I’m sorry. I am done being scared, I’m done living in a world where I don’t get to be who I am. I deserve a great love story. Disclaimer, this is about to get romantic as F, so anyone averse to gratuitous feelings, kindly click over to the BuzzFeed quiz or resume the porn you paused to read this. This guy that I love once wrote that he felt like he was stuck on ferris wheel. On top of the world one minute, rock bottom the next. That’s how I feel now. I couldn’t ask for more amazing friends, a more understanding family. But it would all be so much better if I had someone to share it with. So, Blue, I might not know your name or what you look like, but I know who you are. I know you’re funny and thoughtful. You choose your words carefully and that they’re always perfect, and I know that you’ve been pretending for so long that it’s hard to believe you can stop. I get it. Like I told you at the very beginning, I’m just like you. So, Blue, after the play, Friday at ten, you know where I’ll be. No pressure for you to show up. But I hope you do, because you deserve a great love story too. Love, Simon. 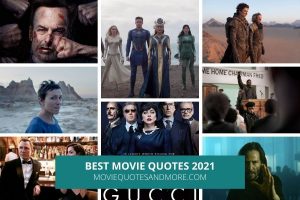