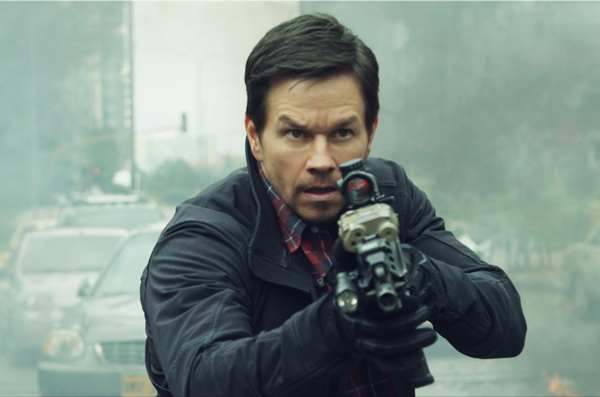 Action thriller directed by Peter Berg in which the story centers on an elite CIA operative, James Silva (Mark Wahlberg), who aided by a top-secret tactical command unit, must retrieve and transport a mysterious Special Forces officer with sensitive information to Mile 22 before the enemy closes in.

James Silva: According to the government we do not exist. We’re ghosts, but we are very real. We’re unpredictable, highly trained, and we save millions of lives. If we fail there is no backup plan. We are Overwatch and we get things done.

Bishop: This is an Overwatch operation. Our team is engaged in a higher form of patriotism. It’s not a military operation. The goal is to complete the mission at any cost.

Overwatch Employee: Sir, we have a walk-in.
James Silva: Who is he?
Alice: That’s me asset. Local Special Forces.
James Silva: Send him to medical to see if he’s who he says he is.

Alice: What do you want?
Li Noor: I want out of the country.

Bishop: I’m only going to outline this one time. Nine pounds of radioactive isotope is missing. It’s enough to make six major cities uninhabitable. He knows exactly where it is.

Bishop: You’re going up against this country’s elite tactical squads.

Axel: Be careful.
James Silva: You fucking be careful.

[after he’s fought the soldiers in the embassy]
James Silva: You’re good. Can I trust you?
Li Noor: Put me on a plane to the US and I’ll give you everything.

Silva’s Boss: [to Silva] It’s a go. This is an Overwatch operation.

Bishop: [to Silva] The goal is to deliver that package to here, Mile 22.

James Silva: Requesting hand of God.
Overwatch Employee: Got it.
Bishop: Take it.

Bishop: How many miles out are we?
Overwatch Employee: Twelve.

Bishop: Our angel can only stay on the ground two minutes. They miss that window, they are dead.

James Silva: [to Axel] You know, you keep coming at me so you can kill us all. Is that the game today? I’ll play.

James Silva: [to Axel] You’re going to keep coming to me until you kill us all. Is that the game today? That’s a weird game, bro. Okay, I’ll play.

James Silva: [to Axel] If you’re chaos I think I might be worse. I am a killer who looks like a hero.

[referring to Noor]
Axel: I need him back right now.
James Silva: No one ever enters a war thinking they will lose, but one side is always wrong. Let me give you some advice. You ready? Stop.

James Silva: Are you feeling calm, Alice?
Alice: Not even a little. Are you?
James Silva: I’m totally calm.
Alice: That’s because you’re mentally unstable.
James Silva: Thank you.

James Silva: Failure is not an option. We get him, we save millions of lives.

What do you think of Mile 22 quotes? Let us know what you think in the comments below as we’d love to know.