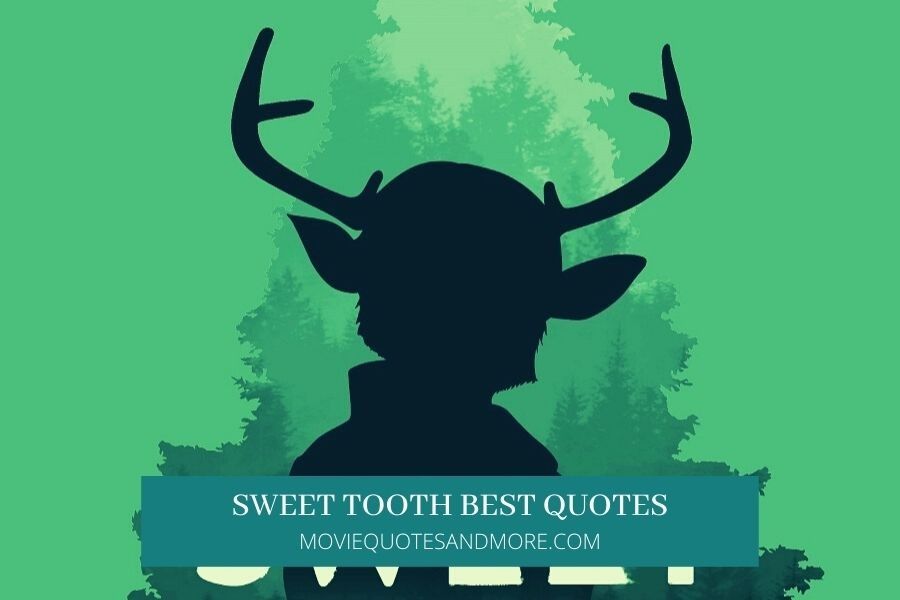 Our list of the best quotes from Netflix’s fantasy drama series created by Jim Mickle based on the comic book of the same name by Jeff Lemire. Sweet Tooth follows the story of Gus (Christian Convery), part deer, part boy, who lives safely in his secluded forest home. However, after unexpectedly befriending a wandering loner named Jepperd (Nonso Anozie), together they leave the forest and set out on in search of answers, about Gus’s origins, Jepperd’s past, and the true meaning of home.

You can get a copy of the comic book here.

Narrator: Some stories start at the beginning. Ours begins here.

Narrator: No one knew which came first. The hybrids, or the virus. But that question would become the biggest mystery of our lifetime.

Narrator: This is a story about a very special boy. A boy we come to know as Sweet Tooth.

Gus’s Father: Some bad people are still out there. And they don’t like you because you’re different.

Gus’s Father: It’s not just about you and me anymore. You have to be brave.