The Boy Who Harnessed the Wind (2019) Movie Review 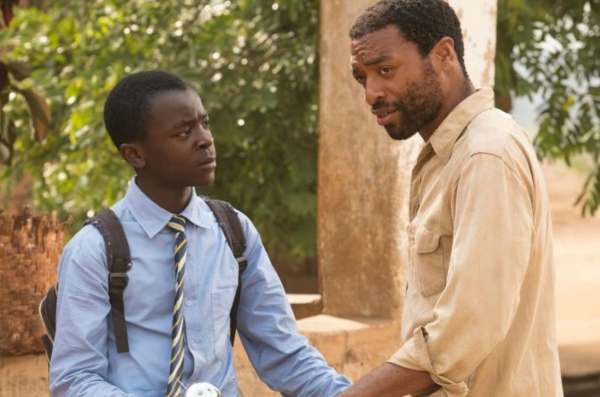 In the film The Boy Who Harnessed the Wind lie elements and a story captivating enough for actor Chiwetel Ejiofor (12 Years a Slave, Doctor Strange) to desert familiar territory and make his directorial debut. The resultant film exceeds expectations, yet remains largely unknown.

The Boy Who Harnessed the Wind won the Alfred P Sloan Feature Film Prize when it was first screened at the Sundance Film Festival in Utah. Based on the true story of William Kamkwamba (also the author of the original book), the plot follows the struggles of a teenage boy in famine-stricken Malawi as he attempts to make a windmill to create electricity and access water for farming. Ejiofor delivered excellently, equipped as he was with the inspiring source material of reality.

Set in Africa in the early 2000s, this inspirational film has multiple themes of family values, educational goals and ambition, skilfully interwoven and so each viewer takes home a different interpretation. The more universal sentiment is perhaps that of inspiration, typical of any David and Goliath type story. Watching the film from an Indian perspective, I was immediately reminded of the genuine enthusiasm for education that I had seen volunteering at rural schools in the country.

This film sees a beautiful balance between the sentimentality of an individual’s sacrifices and nonchalance from the fact that, for someone, this was simply an event of teenage life. While this is certainly a directorial achievement, a lot of credit is due to Maxwell Simba, the actor who played William Kamkwamba. Simba’s portrayal of Kamkwamba as a young teen with eyes sparkling with enthusiasm won hearts early on in the film. William Kamkwamba is an exceptionally well directed character in that he captures precisely the aspirations and world view of a teen, without the childish, naïve twist that many storytellers apply to their younger characters.

Ranging from stylistic choices in portraying the geographical story of Malawi to the predominance of Chichewa over English, The Boy Who Harnessed the Wind displays unapologetic loyalty to its culture. The film chooses to focus on portraying the Kamkwamba’s community, avoiding the tropes and stereotypes that accompany the pop-culture perception of African countries. The fact that The Boy Who Harnessed the Wind manages to comment on the political, economical and social circumstances of Malawi while naturally centring the film around Kamkwambe’s story is a testament to Ejiofor’s storytelling ability. The impact of the 9/11 attack, for example, was detailed in a manner organic to the context of the film, with Kamkwamba and his friends more concerned about the consequences of the event as opposed to the why’s and wherefores of the event itself.

The Boy Who Harnessed the Wind does leave one wondering if the film bit off more than it could chew, however, as the extended focus on the depth and diversity of its themes perhaps chipped at character depth. Character growth was almost nonexistent in most characters except in the character of Kamkwamba – here we saw a sweet, compelling boy transform to a hero with much gravity. This is not to say the characters were flat – Ejiofor, who played William Kamkwamba’s father Trywell, plays a man conflicted between traditional African values and beliefs and modernity, and endures much emotional turmoil as the famine taxes him and his family. Kamkwamba’s mother, played by Aïssa Maïga, is a steadier character, but also struggles as she balances her love for her family with her damaged pride as she becomes part of the stereotypical family she never wanted to be that ‘prays for rain’.

Of course, the film has no shortage of criticism, mostly on the fact that it starts slow and leaves you wondering when the windmill will be built. But the beauty of the film is in its realistic, gripping portrayal of familiar events, and had it attempted to stage events at breakneck pace with high suspense, it would not just be disloyal to the original premise, but it would result in an easily forgotten movie. Nevertheless, the film does face the challenge of standing out amongst the flood of similar tropes with underdogs fighting their circumstances. Only time will tell.

There is a slew of Netflix series and movies being constantly advertised in my face (hint, hint, Sacred Games), and now I find myself wondering just why The Boy Who Harnessed the Wind is not one of them.