Fantasy live-action adaptation of E.T.A. Hoffmann’s The Nutcracker and the Mouse King and Pyotr Ilyich Tchaikovsky’s ballet, directed by Lasse Hallström. The Nutcracker and the Four Realms (2018) centers on a young girl, Clara (Mackenzie Foy), who wants a one-of-a-kind key that will unlock a box that holds a priceless gift from her late mother. A golden thread, presented to her at godfather Drosselmeyer’s (Morgan Freeman) annual holiday party, leads her to the coveted key, which promptly disappears into a strange and mysterious parallel world. It’s there that Clara encounters a soldier named Phillip (Jayden Fowora-Knight), a gang of mice and the regents who preside over three Realms, Land of Snowflakes, Land of Flowers and Land of Sweets. Clara and Phillip must brave the ominous Fourth Realm, home to the tyrant Mother Ginger (Helen Mirren), to retrieve Clara’s key and hopefully return harmony to the unstable world.

'When you miss someone, you remember them.' - Clara (The Nutcracker and the Four Realms) Click To Tweet

Drosselmeyer: Merry Christmas, Clara.
Clara: Godfather.
Drosselmeyer: Your gift is here, it will be something you’ll never forget. Most people don’t realize there are troubled realms within our world, and you hold the key to their secrets. Remember, Clara, nothing is as it seems.

Drosselmeyer: [to Clara] Your mother was the cleverest inventor I ever knew, and there was any doubt when I asked what her greatest creation was. You.

Clara: Where am I?
Philip: You’re in the four realms, Princess Clara.
Clara: Princess?
Philip: At your service, your majesty.
Clara: Maybe I have been spending too much time in the attic.

Sugar Plum Fairy: [to Clara] Welcome to our world. The land of snowflakes, the land of flowers, and the land of sweets. But in the fourth realm, this is where our troubles began. Mother Ginger started this war. I hope you’ll be the one to finish it.

Drosselmeyer: [to Clara] The future of the realms lies with you. Be careful who you trust.

Mother Ginger: The time has come.

Mother Ginger: I’ve been expecting you.

Clara: [to Philip] I’m going to fix it. Will you help me?

Philip: [to Clara] It’s time to save the kingdom.

Clara: She’s going to destroy everything my mother created!

Clara: It’s just the laws of physics.
Philip: Do those laws always work?
Clara: As far as I know.
Philip: Ready.
Clara: Go!

Drosselmeyer: [referring to Mother Ginger] You are the only one who can stop her.

Philip: I’m going to miss you.
Clara: I’ll miss you too. But when you miss someone, you remember them.
Philip: Are you sure?
Clara: And one day they’ll make you smile. I promise you. 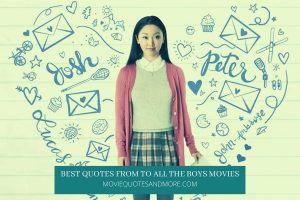