Home / Best Quotes / The Only Living Boy in New York Best Quotes – ‘In life what is it that you want?’ 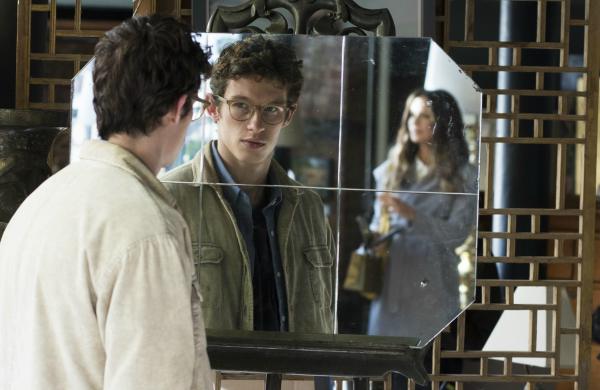 Drama directed by Marc Webb in which the story centers on recent college graduate, Thomas Webb (Callum Turner), who is trying to find his place in the world. after moving from his parents Upper West Side apartment to the Lower East Side, he befriends his neighbor, W.F. Gerlad (Jeff Bridges), a shambling alcoholic writer who dispenses worldly wisdom.

Thomas’s world begins to shift when he discovers that his father, Ethan Webb (Pierce Brosnan), is having an affair with a seductive younger woman, Johanna (Kate Beckinsale). Determined to break up the relationship, Thomas ends up being seduced by Johanna, launching a chain of events that will change everything he thinks he knows about himself and his family.

Thomas: New York has lost its soul.
Ethan Webb: Oh, he’s decided to hate where he’s from.
Mrs. Webb: There’s a John Varvatos where CBGB’s used to be.
Thomas: It’s true. New York’s most vibrant neighborhood at the moment is Philadelphia.

Thomas: What’s my father doing here?
Mimi Pastori: Who’s he with?
Thomas: I don’t know. That’s not my mother.

[referring to Johanna, as they watch her leave her apartment building]
Mimi Pastori: That’s her, the other woman.

Thomas: Excuse me, you don’t know who I am.
Johanna: Yes, I do.
Thomas: Do you?
Johanna: You’re the boy who follows me. You’re also Ethan’s son.

Thomas: You think you can steal him away from my mother? You can get any man you want in this city?
Johanna: Did I get you?
Thomas: What?

[referring to Johanna]
Thomas: She’s not like anyone I’ve ever met.

Johanna: People do things all the time without realizing.
Thomas: Yeah, what am I doing?
Johanna: You’re trying to make love to me.
Thomas: I’m trying to make fuck to you.

[referring to Thomas trying to seduce Johanna]
W.F. Gerald: Were you?
Thomas: What kind of a question is that?
W.F. Gerald: She’s a beautiful woman.
Thomas: She’s sleeping with my father.

[as Thomas is starring at Johanna]
Mimi Pastori: You’re being really obvious.

Johanna: You’re an innocent, Thomas, and you’ve got no idea how the world works.
Thomas: I know some things.
Johanna: Like what?
[he leans in and kisses her]

Mimi Pastori: Did you sleep with her?
Thomas: Why do you care?

W.F. Gerald: [to Thomas] In life what is it that you want?

Ethan Webb: [to Thomas] Is there anything I should know? Anything you want to tell me?

Mimi Pastori: You are just like them. They won, Thomas!

Thomas: I want to bail, but I can’t.
Mrs. Webb: Well then you know, the only way out is through.

W.F. Gerald: [to Thomas] Life’s random as it is deliberate, funny as it is tragic, and yours is no exception.