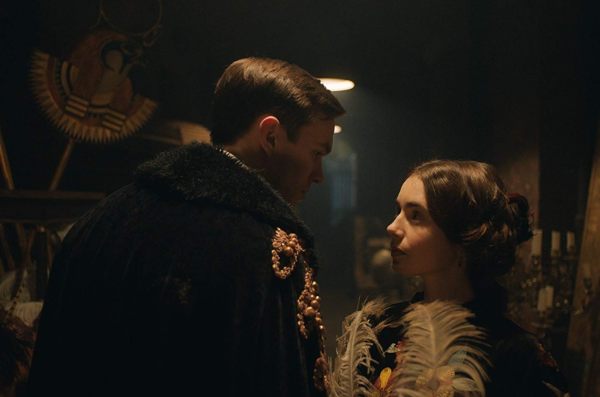 Bio-drama directed by Dome Karukoski, based on the life of English professor, philologist and author J.R.R. Tolkien (Nicholas Hoult). The story explores the formative years of the orphaned author as he finds friendship, love and artistic inspiration among a group of fellow outcasts at school. This takes him into the outbreak of World War I, which threatens to tear the “fellowship” apart. All of these experiences would inspire Tolkien to write his famous Middle-Earth novels.

Mabel Tolkien: “Ubi bene ibi patria.” Remember that, my darling?
Young Tolkien: Wherever you feel happy, that’s your home.
Mabel Tolkien: We will find our place, sweetheart, we will. Lock all this all in your heart. Lock it tight, and it will be there forever, I promise.

Young Tolkien: Brothers, will you join your comrades in this act of changing the world?
Robert, Christopher, Geoffrey: We will.
Robert Gilson (Young): Helheimr!

[after punching Christopher]
J.R.R. Tolkien: No, that was horrible of me. I’m sorry.
Robert Gilson: What you need to understand, Tolkien, you poor lawless orphan, is that we are your brothers. Through everything.
Geoffrey Smith: Yes, absolutely.
Christopher Wiseman: Exactly.
Robert Gilson: This is more than just a friendship. It’s an alliance. An invincible alliance. Helheimr!
Tolkien, Christopher, Geoffrey: Helheimr.
J.R.R. Tolkien: Still Helheimr. Every time he gets it wrong.

[consoling Tolkien, who is in love with Edith]
Geoffrey Smith: To love someone, who, for whatever reason, cannot return your feelings is painful. But if you listen to the poets, perhaps there’s a kind of beauty to that love. It burns, bright, and it’s never tainted by reality or by overuse. It’s as clear and fierce today as it was the very first day it began, and there’s beauty to that, I think. At least, that’s what I cling to, anyway.

J.R.R. Tolkien: Since childhood, I have been fascinated with language. Obsessed with it. I’ve invented my own. Full, complete languages. Look. This is, it’s everything.
[he hands Wright his notebook]
J.R.R. Tolkien: From the Breost-hord. My heart. The treasure of the breast.
Professor Wright: And the drawings?
J.R.R. Tolkien: I made stories. Legends. After all, what is language for? It’s not just the naming of things, is it? It’s the lifeblood of a culture, a people.
Professor Wright: Yes. Exactly.

Professor Wright: The way you follow the rhythms of the poetry, your sensitivity to it. I have to tell you, Mr. Tolkien, I’ve never come across anything like it. Never.

J.R.R. Tolkien: There is something I have to say…
Edith Bratt: Ronald.
J.R.R. Tolkien: I made the biggest mistake of my life, and there hasn’t been a day, a moment, I’ve never stopped thinking about you. You are the most remarkable spirit I have ever met. You have courage and resourcefulness, talent. You’re proud, maddeningly, wonderfully so. And you are cunning and vibrant, and completely alive. You deserve every happiness you find.
[pauses]
J.R.R. Tolkien: No. No, you don’t. You don’t deserve happiness. That’s not what I… What I mean is, you deserve much more. You deserve magic.

Father Francis: I spend my every afternoon with mothers, widows. What can I say to them? “Your sons have died in the war to end all wars.”
J.R.R. Tolkien: What do you say?
Father Francis: Words are useless. Well, modern words, anyway. I speak the liturgy. There’s a comfort, I think in distance, ancient things. Throughout the whole of your illness, Miss Bratt never left your bedside. Not once. You were right to pursue her.
J.R.R. Tolkien: Thank you.

[Tolkien reads his last letter from Geoffrey]
Geoffrey Smith: [voice over] My dear John Ronald, it is my chief consolation that if I am scuppered tonight there will still be left a great member of the TCBS to voice what I dreamed and what we all agreed upon. That the death of one of its members cannot, I am determined, dissolve the TCBS. Death can make us loathsome and helpless as individuals, but it cannot put an end to the immortal four. May God bless you, my dear John Ronald, and may you say the things I have tried to say long after I am not there to say them.

[last lines; we see Tolkien begin writing his book]
“In a hole in the ground, there lived…”
J.R.R. Tolkien: Hobbit.


What do you think of Tolkien quotes? Let us know what you think in the comments below as we’d love to know. 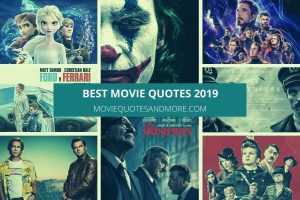