Wonder Woman Best Quotes – ‘It is our sacred duty to defend the world.’ 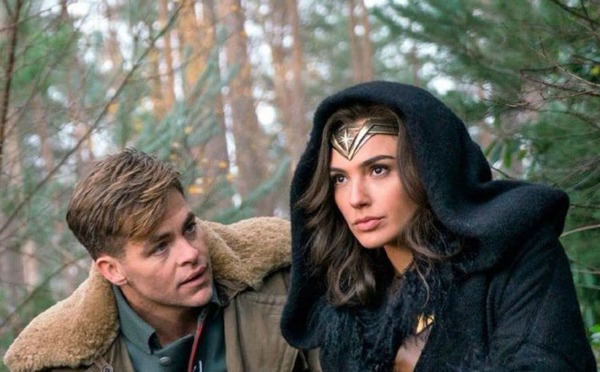 Superhero movie based on the DC Comics character of the same name and it’s the fourth installment in the DC Extended Universe directed by Patty Jenkins. Before she was Wonder Woman, she was Diana (Gal Gadot), princess of the Amazons, trained to be an unconquerable warrior. Raised on a sheltered island paradise, when American pilot, Steve Trevor (Chris Pine), crashes on their shores and tells her of a massive conflict raging in the outside world, Diana decides to leave her home, convinced she can stop the threat. Fighting alongside man in a war to end all wars, Diana will discover her full power, and her true destiny.

[first lines]
Diana Prince: [voice over] I used to want to save the world, this beautiful place. But I knew so little then. It is a land of magic and wonder, worth cherishing in every way. But the closer you get the more you see the great darkness shimmering within. And mankind, mankind is another story altogether. What one does when faced with the truth is more difficult than you think. I learned this the hard way, a long, long time ago. And now I will never be the same.

Young Diana: What if I didn’t use a sword?
Hippolyta: Fighting does not make you a hero.
Young Diana: Just the shield then, no sharp edges.
Hippolyta: Diana, you are the most precious thing in the world to me. I wished for you so much, so I sculpted you from clay myself and begged Zeus to give you life.

Antiope: Ares is alive. You feel it as I do, in your bones. It is only a matter of time before he returns.
Hippolyta: The stronger she gets, the sooner he will find her.
Antiope: Hippolyta, I love her as you do. But this is the only way to truly protect her.
Hippolyta: You will train her harder than any Amazon before her. Five times harder, ten times harder, until she’s better than even you. But she must never know the truth about what she is or how she came to be.

[as Antiope is fighting Diana to train her]
Antiope: Harder! You’re stronger than this, Diana. Again!
[after beating Antiope, Diana looks over to Hippolyta, being distracted Antiope uses this moment to push Diana down]
Antiope: Never let your guard down! You expect a battle to be fair! A battle will never be fair!
[as Antiope is attacking Diana with her sword suddenly she brings her bracelets together which through their power throw Antiope off the ground]

[after finding Steve washed up ashore]
Diana Prince: You’re a man.
Steve Trevor: Yeah. I mean, do I not look like one?

Steve Trevor: But if I can get these notes back to the British Intelligence in time it could stop millions more from dying. It could stop the war.
Diana Prince: War? What war?
Steve Trevor: The War. The war to end all wars. Four years, twenty-seven countries, twenty-five million dead. Soldiers and civilians. Innocent people, women and children slaughtered. Their homes and their villages looted and burned. Weapons far deadlier than you can ever imagine. It’s like nothing I’ve ever seen. It’s like the world’s going to end.

Steve Trevor: What is this place? Who are you people? Why does the water do that? How come you don’t know what a watch is? How can you speak English so well?
Diana Prince: We speak hundreds of languages. We are the bridge to a greater understanding between all men.
Steve Trevor: Right.

Diana Prince: I am going, mother. I cannot stand by while innocent lives are lost. If no one else will defend the world from Ares, then I must. I have to go.
Hippolyta: I know. Or at least I know I cannot stop you. There is so much, so much you do not understand.
Diana Prince: I understand enough. But I’m willing to fight for those who cannot fight for themselves. Like you once did.
Hippolyta: You know that if you choose to leave you may never return.
Diana Prince: Who will I be if I stay?

Hippolyta: [to Diana] Be careful in the world of men, Diana. They do not deserve you. You have been my greatest love. Today you are my greatest sorrow.

[referring to Diana]
Menalippe: You should have told her.
Hippolyta: The more she knows, the sooner he will find her.

Steve Trevor: You know, where I come from, I’m not considered average. You know, um, being a spy you have to show a certain amount of vigor. Have you never met a man before? What about your father?
Diana Prince: I have no father. My mother sculpted me from clay and I was brought to life by Zeus.
Steve Trevor: Well that’s neat.

Diana Prince: To the war!
Steve Trevor: Well, technically, the war is that way. But we got to go this way first.

[referring to the undergarments]
Diana Prince: Is this what passes for armor in your country?
Etta Candy: Ah, well. Oh, my. It’s fashion. Keeps our tummies in.
Diana Prince: Why must you keep them in?
Etta Candy: Any woman with a tummy would ask that question!

[referring to the massive restrictive looking dress she’s wearing]
Diana Prince: How can a woman possibly fight in this?
Etta Candy: Fight? We use our principles. I mean that’s how we are going to get to vote. Although, I am not opposed to engaging in a bit of fisticuffs should the occasion arise.

[referring to Diana]
Steve Trevor: Etta, where is she?
Etta Candy: She’s trying on up to number two hundred and twenty-six.
[he then sees Diana in her new outfit]
Steve Trevor: Ms. Candy, the whole point was to make her look less distracting. May I?
[Steve gives Diana glasses to wear]
Etta Candy: Yeah, really? Specs? Certainly she’s not the most beautiful woman you’ve ever seen?
Steve Trevor: Better.

[as Diana tries to go through a large door with her sword and shield]
Steve Trevor: Yep, that’s not going to work. Please put the sword down, Diana.

[Steve guides them into an alley]
Diana: Steve, why are we hiding?
Steve Trevor: Ssh, come on. Come on.
[suddenly from behind a gun is pointed at Steve]
Suited Man: Captain Trevor. I believe you have something that is the property of General Ludendorff.
[more other suited men surround them pointing their weapons at them]
Steve Trevor: Ah, it’s the, uh, bad guy convention.
Suited Man: Give us Dr. Maru’s notebook.
Steve Trevor: Where did I put that thing?
[he starts to feel around his pockets, then suddenly head-butts the suited man; to Diana]
Steve Trevor: Stand back.
[as one of the men shoots Diana uses her bracelet to deflect the bullet from hitting Steve]
Steve Trevor: Or maybe not.
[Diana then proceeds to take out the other men, then as one of them shoots at Diana, who again deflects the bullet with her bracelet, the man stands there looking shocked]
Steve Trevor: Tough luck.
[Steve punches him, knocking him out; to Diana]
Steve Trevor: Is there anything else you want to show me?

Sir Patrick: Sir Patrick Morgan, at your service.
Diana Prince: Diana, Princess of Themysc…
Steve Trevor: Prince. Diana Prince. She is, and I are working together.

[when he sees Diana throw a large man across the pub]
Sameer: I am both frightened and aroused.

Sameer: Not everyone gets to be where they want to be all the time. Me, I’m an actor. I love acting. I didn’t want to be a soldier, but I’m the wrong color. Everyone’s fighting their own battle, Diana. Just as you’re fighting yours.

Ares: I am not the god of war, Diana. I am the God of truth. Mankind stole this world from us. They ruined it, day by day. And I, the only one wise enough to see it was left too weak to stop them.

Ares: [to Diana] Look at this world. Mankind did this, not me. They are ugly filled with hatred, weak. Just like your Captain Trevor. Gone and left you nothing. And for what? Pathetic! He deserved to burn! Look at her and tell me I’m wrong. She is the perfect example of these humans and unworthy of your sympathy in every way. Destroy her, Diana. You know that she deserves it. They all do. Do it!

Ares: They do not deserve your protection!
Diana Prince: It’s not about deserving. It’s about what you believe, and I believe in love.
Ares: Then I will destroy you!
Diana Prince: Goodbye, brother.

[last lines]
Diana Prince: [voice over] I used to want to save the world. To end war and bring peace to mankind. But then I glimpsed the darkness that lives within their mind and learned that inside every one of them there will always be both. A choice each must make for themselves. Something no hero will ever defeat. And now I know that only love can truly save the world. So I stay, I fight and I give for the world I know can be. This is my mission now. Forever.