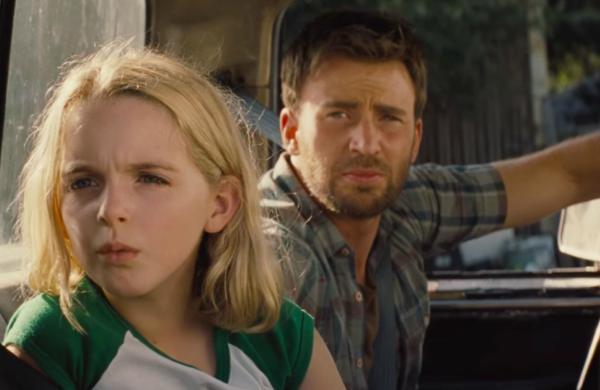 Clicheic, forgettable, and acceptable are all words that come to mind when addressing Marc Webb’s newest addition to his filmography, Gifted. Following a straightforward narrative of a very young gifted girl (no pun intended) who begins attending her first school. And, after watching her first-grade teacher ask fundamental mathematical questions, she then stands up and displays her talents by answering multiple upper-level math questions. After this introductory sequence, we then begin to unfold a familiar plot of a loving and genuine uncle battling with his mother for the custody of this child. A mother who believes this child’s talents should be more focused on as compared to having a relatively social life which launches us on a spectacular journey filled with clichés, chemistry, and a reminder. A reminder as to why we should challenge filmmakers as critics while also being receptive and aware of the talents that they attempt to display.

It’s hard to believe that filmmaking can become stale or overdone, but Gifted provides tangible evidence to this claim by showcasing its reliance on clicheic storytelling, while at the same time providing interesting and heartfelt character development that lifts the film up from its imitative grave. While squandering for the right words to conjure up a credible criticism for this movie, I ran into the misconception of harshly dissecting this film. So, in response to this mistake let’s first begin analyzing Gifted for its satisfying aspects. Starting with the solid performances presented by Chris Evans, Octavia Spencer, and especially Mckenna Grace. Mckenna Grace, who portrays the talented Mary in this film, really caught my eye when I walked out of the theater mostly due to her enticing performance in which she portrays so many different elements of a child and an adult. She is mature at times in the way she speaks or confronts someone, but she never strays away from that childlike perspective. Always questioning things and embracing those adolescent aspects of adopting the advice or orders she’s given with an infant understanding.

This child who shouts innocence from her body movements to her genuinely adorable smile that keeps that heartfelt provocation of emotion present every time she appears on the screen. Chris Evans and Octavia are familiar in their roles. Octavia replays her past reprised roles as a passionate, kindhearted, and brave woman who acts as the confident grandmother who’s unafraid to speak her mind or become confrontational with anyone she has to. Chris reprises the role of Steve Roger, as this kind and genuinely heartwarming man. Where he falls flat is his lack of emotional responses, where he feels as if he’s trying to portray this broken man but instead resonates as a happy go lucky type. However, he shares amazing chemistry with Mckenna throughout the entirety of this one hundred and one-minute story. Their laughs and facial responses to noticing each other are undeniably authentic.

The scenes or frames of them sharing banter forces a smile to come across my face. These performances carry this film to the point of respectability until its stereotypical narrative confines it from crossing those organic barriers. Failing to present itself as convincing or immersive, it begins to drag near the middle of the second act, causing me to start questioning the integrity of the filmmakers for embracing their unoriginality to the point of irritation. The filmmaking itself proves the point, with a reliance on character focused frames and stale direction. The cinematography itself reflects a mirror image of the genre, consistently presenting itself as unimaginative and uncreative for the film’s integral developments of its narrative. The focus on character development is not so much a hindrance as it is a symbolic representation of a paint job covering the cracks.

While enjoyable and almost respectable, Gifted fails to break the barrier of familiarity when it comes to dramatic coming of age genre. While it doesn’t belong on the Lifetime channel, it certainly mistakes itself for a film that deserves an extended stay in our theaters. I appreciate the fixation on creating relatable characters combined with compassionate performances, but it would be uncharacteristic of me to provide a pass for a film’s conventional screenplay. I refuse to address Gifted as a bad movie. However, I refuse to pronounce it as a notch above the average melodramatic family film. I recognize it for its flaws, but also for its successes as well. Reminding me what criticism should portray or present itself which is an informed opinion to offer motivational reasoning for the general public or a birth of discussion for film enthusiasts. Gifted reminds us of the credible integrity we as critics must hold ourselves too, starting with a vocation of honesty.

Mary Adler: Please don’t make me go, you can keep homeschooling me.
Frank Adler: I taught you everything I know. No more argument, okay? We discussed this ad nauseam.
Mary Adler: What’s ad nauseam?
Frank Adler: You don’t know? Well, it looks like someone needs school.

Children: Good morning, Miss Stevenson.
Bonnie: Who can tell me what three plus three is?
Mary Adler: Everyone knows it’s six.
Bonnie: Mary, can you stand up please? Can you tell me what fifty-seven multiplied by one hundred and thirty-five is?
[Mary pauses]
Bonnie: Okay. Who can…
Mary Adler: Seven thousand six hundred and ninety-five. The square root is eighty-seven point seven, and change. Now what does ad nauseam mean?

Bonnie: [to Frank] I think your niece may be gifted.

Bonnie’s Headmaster: I am good friends with the headmaster of the Oaks Academy for Gifted Education.
Frank Adler: No, I promised I’d give Mary a normal life. I think she’s got to be here.

Mary Adler: Who’s that lady in the front of our door?
Frank Adler: That would your grandmother.
Mary Adler: Holy sh…

Frank Adler: [to Evelyn] What are you doing here?

Evelyn Adler: [to Frank] You are denying the girl her potential. How many seven year-olds are doing advanced calculus?

Frank Adler: You’re going to take that girl, you’re going to loan her out to some think tank where she can talk nontrivial zeros with a bunch of old Russian guys for the rest of her life.
Evelyn Adler: And you’d bury her under a rock.

Mary Adler: You forgot the negative on the xponent.
Seymore Shankland: Mary, why didn’t you say anything?
Mary Adler: Frank says I’m not supposed to correct older people. Nobody likes a smartass.

Aubrey Highsmith: We petition the court to grant my client full custody of the child.

Frank Adler: Evelyn, stop! I’m raising her how I believe Diane would have wanted.

Roberta Taylor: [to Frank] If anybody takes that baby away, I’ll smother you in your sleep.

[referring to Frank]
Mary Adler: He’s a good person. He wanted me before I was smart.