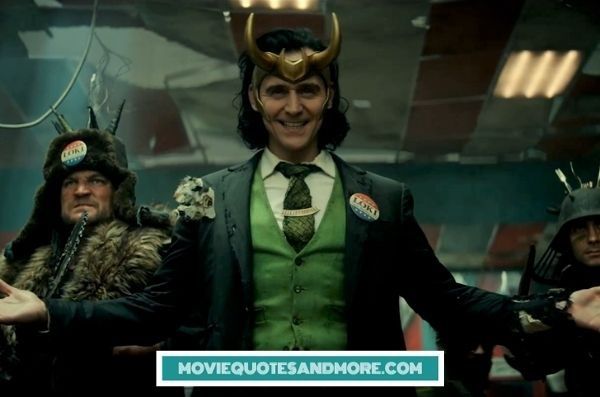 Our list of the best quotes from Season 1 of Disney+’s MCU spin-off series based on the character Loki. Set after the events of the Avengers: Endgame (2019), we follow an alternate version of Loki (Tom Hiddleston) created in a new timeline, where he is is brought to the mysterious Time Variance Authority organization after stealing the Tesseract, where he uses it to travel through time altering human history, ending up trapped in his own crime thriller.

Loki: Brother. When I’m down, you better be ready.

Loki: Come on. What did you expect?

What do you think of Loki quotes? Let us know in the comments below as we’d love to know.