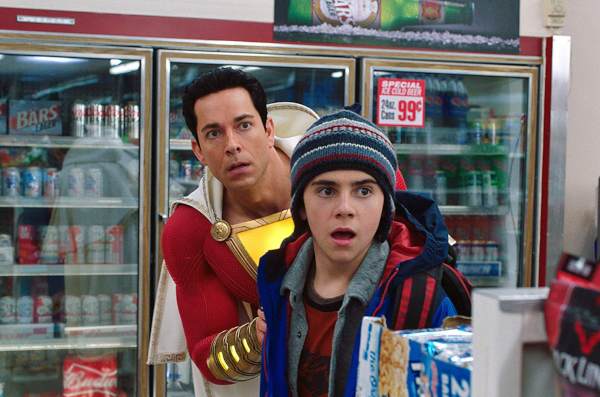 So DC Superhero films are a mixed bag. When they are not in a universe, you have The Dark Knight Trilogy, possibly one of the greatest movie trilogies known to man. And then you have the DCEU. 6 films in, and only 1 of them is a critical and commercial hit (Wonder Woman, Aquaman is divisive amongst critics). Enter Shazam, the shining saviour the DCEU needed, and quite frankly it’s DC’s best film since The Dark Knight (I haven’t fully seen The Dark Knight Rises). Whether it’s better than Wonder Woman, you can decide. But for me, this is the best film in the DCEU. But that’s not saying much, when it’s competition is Batman vs Superman and Suicide Squad. Without further ado, let’s talk about the film.

The plot is fine and pretty good. It’s not too complex, but it’s not over simplified either. Billy Batson gets lots of powers from a wizard, who dies in The Snap immediately afterwards, learns to use them, and encounters a one-eyed man who has the power of religion on his side with The Seven Deadly Sins, who look pretty good. It’s sad how this movie has a budget of around 100 million, yet looks prettier in CGI than Justice League which had a budget of over 300 million. Nice job DC. Tonally, the films work fine as well. It’s light hearted, but delves into things like foster families in a nice touch. I nearly cried in one of the scenes, and I didn’t expect that. But then again, I got scared in some of the scenes because this film has horror. And I didn’t see that coming, even though the director’s previous films are horror films (Lights Out and Annabelle: Creation).

The film was very funny, and the comedy is top-notch. The characters are all great as well. Asher Angel as normal Billy was funny, but Zachary Levi as adult Billy was perfect, balancing the gap between the two different Billys. I didn’t like the way adult Billy acted, because he was basically being an asshole, but then I realised this is how a kid would act should they be given superpowers so I bought into his realistic arc. Jack Dylan Grazer as Freddy, Billy’s foster brother, was hilarious as well, and very believable as a character. As for the villain, it wasn’t all bad for DCEU standards. Mark Strong as Dr Thaddeus Sivana was actually alright. He wanted to be super, for power, greed, and was an outcast just like Billy. And the final battle isn’t great, but is passable considering DCEU’s previous efforts. Also, The Seven Deadly Sins were in it, and they were alright. They were actually kind of scary, but didn’t have much of a presence.

As for problems, the pacing wasn’t that good and the 1st and 3rd acts weren’t anything special, it’s in the middle where you get the most fun. So overall, if you liked the trailer, you will like the film. I highly recommend it, I can say that this Captain Marvel is better than Marvel’s Captain Marvel (which I gave 3 stars) and it’s one of DC’s best in a long time. It’s better than Wonder Woman (by a little bit) and has a feel-good attitude towards itself. So overall, it gets a 9/10, but I’ll round that down to 4 stars. That’s all from me.