Sully Best Quotes – ‘I’m just a man who was doing his job.’ 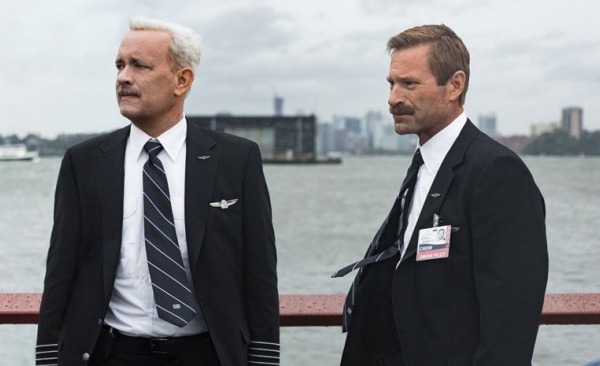 Bio-drama directed and co-produced by Clint Eastwood which is based on the true story of Captain “Sully” Sullenberger (Tom Hanks) who on January 15, 2009, glided his disabled plane onto the frigid waters of the Hudson River, saving the lives of all 155 aboard. However, even as Sully was being heralded by the public and the media for his unprecedented feat of aviation skill, an investigation was unfolding that threatened to destroy his reputation and his career.

Air Traffic Controller: Hi, this is 1549, if we can get it for you, do you want to try to land runway 1-3.
Chesley ‘Sully’ Sullenberger: We’re unable, we may end up in the Hudson.

[to the passengers]
Chesley ‘Sully’ Sullenberger: This is the captain, brace for impact.
Passenger #1: What!
Passenger #2: Oh, my God!

Air Traffic Controller: I got an A320 diving for the river!

Chesley ‘Sully’ Sullenberger: Everything is unprecedented until it happens for the first time.

Chesley ‘Sully’ Sullenberger: I’ve delivered a million passengers over forty years, but in the end I’m going to be judged by two hundred and eight seconds.

TV Interviewer: How do you feel when people call you a hero?
Chesley ‘Sully’ Sullenberger: I don’t feel like a hero. I’m just a man who was doing his job. The right man for the job at the right time.

Mike Cleary: The left engine was still operating.
Chesley ‘Sully’ Sullenberger: Not possible. I felt it go. It was like we were stopped in midair.

Charles Porter: Well, look, I’m sorry you’re frustrated, but our job is to investigate how a plane ended up in the Hudson River.
Jeff Skiles: On the Hudson.

Elizabeth Davis: We cannot afford a leak to the press. There’s been far too much talk in the press already.

Jeff Skiles: They’re playing Pacman.You were flying a plane full of human beings.
Chesley ‘Sully’ Sullenberger: Somehow, that’s not how I remember it. It just doesn’t seem right.
Jeff Skiles: It’s because it’s not right. Sully, you did everything you could and it was more than enough. Ask the passengers.
Ask your wife and kids. Ask mine.

Lorraine Sullenberger: [to Sully] There were a hundred and fifty-five people on that plane and you were one of them.

Chesley ‘Sully’ Sullenberger: You are looking for human error, then make it human. This wasn’t a video game. It was life and death.

[at the NTSB investigation proceedings]
Elizabeth Davis: First Officer Skiles, is there anything you’d like to add? Anything you would have done differently if you had to do it again?
Jeff Skiles: Yes. I would’ve done it in July.