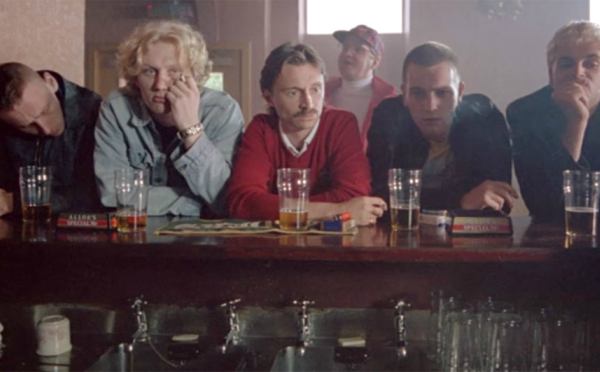 I remember the air of anticipation hanging over the massive cue lining up for Trainspotting, back in May of 1996. After achieving a huge cult following with his feature film debut Shallow Grave in 1994, director Danny Boyle’s follow-up film garnered considerable attention, being an adaptation of Irvine Welsh’s best-selling novel Trainspotting.

For an R-rated (restricted to patrons eighteen years and over) movie, to see so many people at an advance screening was quite extraordinary. As we filed into the cinema, the excitement grew, and as soon as the Iggy Pop track Lust For Life kicked in to the images of McGregor and Ewen Bremner running from the police, with the former delivering his now iconic ‘Choose life’ monologue, the crowd knew straight away that this was going to be something truly special.

The story centres on a group of Edinburgh men, all in their twenties, trying to make sense of the world around them, but mostly just wanting to have a good time, by any means necessary. Mainly we focus on Renton (McGregor) and his daily routine, which largely involves his frequent attempts to acquire heroin, a drug he has become hopelessly addicted to. Also under the same tragic spell are Spud (Bremner) and Sick Boy (Johnny Lee Miller), and share their chemical experiences together at the apartment of the trio’s shrewdly charming dealer Swanney (Peter Mullan).

Completing the troupe is Tommy (Kevin McKidd), sports-orientated and drug free, and the frighteningly unstable Begbie (Robert Carlyle), also uninterested in chemical highs, but is constantly filled with rage and acquires his rush through violent confrontations. The others are all understandably afraid of Begbie, who can go off the deep end without a moment’s notice.

Renton seems to want to quit this grubby lifestyle, but the addictive pull of heroin continually proves too much for him, even after he meets the smarter, younger Diane (Kelly MacDonald). A series of events will see the tenuous friendships between them put to the absolute test.

Trainspotting was such a cinematic adrenaline rush, hitting audiences right between the eyes from its opening scene, presenting a growingly downbeat story with such conviction and energy, unafraid of approaching its subject matter in a way that was both compelling and repellent. It was a very brave decision to show the initial euphoria of heroin use, demonstrating why so many people become addicted to the drug’s deceptive thrills. It makes the actual effects of using all the more heartbreaking and harrowing. The last film to truly expose this kind of world with devastating realism was the outstanding (but unfortunately still rather under-seen) The Panic in Needle Park (1971), starring Al Pacino and Kitty Winn.

Director Boyle and screenwriter Hodge effectively capture the lure, but then brutally articulate what happens once the hook is in place, but skillfully manage to keep us invested in each character’s outcomes, wanting to see them come out the other side of a very dark, endlessly winding tunnel. The ripple effect their behaviour has on family and friends is also well-handled. Boyle, like film-makers such as Martin Scorsese and P.T. Anderson, has a great ear for music, and inserts a number of songs to brilliant effect. Trainspotting is also a textbook example of vivid cinematography and split-second perfect editing.

Performances are first-rate right across the board. McGregor is wonderful as Renton, giving us a thread of hope, even when his character frustratingly betrays loved ones on a regular basis. Miller, Bremner, McKidd, and MacDonald are all fine, as are James Cosmo and Eileen Nicholas as Renton’s exasperated parents. Carlyle is an absolute force of nature as Begbie, a commanding presence who keeps viewers on edge whenever he is on screen. I was shocked when I saw some episodes of his hit TV series Hamish Macbeth (1995-1997), and then the breakout smash The Full Monty (1997), to discover how diminutive the actor was, so it really is a credit to Carlyle how imposing he is here.

Trainspotting deserves its enormous global fanbase, and like Quentin Tarantino’s Pulp Fiction in 1994, has become one of the most influential films to come out of the 90’s, inspiring a slew of inferior imitations that had none of its style, intelligence, and heart. Two decades on, and the film is still as vibrant, powerful, and relevant now as it was when I lined up for it back in 1996.