London Has Fallen Best Quotes – ‘Vengeance must always be profound and absolute.’ 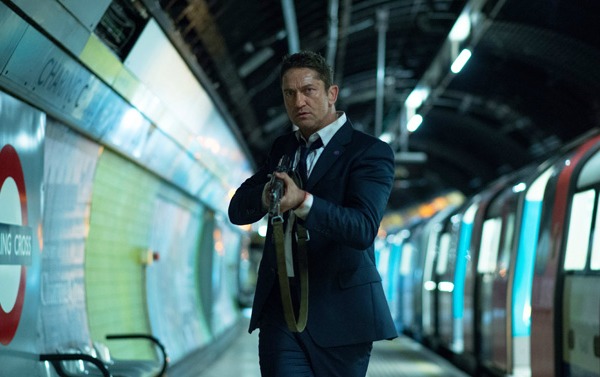 Sequel action thriller directed by Babak Najafi in which the story picks up in London, where the British Prime Minister has died under mysterious circumstances and all leaders of the Western world must attend his funeral.

What starts out as the most protected event on Earth becomes a target of a terrorist organization to destroy some of the world’s most powerful leaders, devastate the British capital, and unleash a terrifying vision of the future.

Mike Banning: I was wondering when you were gonna come out of the closet.
Benjamin Asher: That’s not funny.

Benjamin Asher: Most important thing, never criticize, always encourage. You just want them to be passionate. That’s what I always tell my son. Find something you care about, and care deeply. That and the Golden Rule; Treat others as you like to be treated.

News Reporter: An attack has decimated the British capitol.

News Reporter: Five of the world’s leaders are now dead. The American President is unaccounted for.

VP Allan Trumbull: We have to find Barkawi before he finds the president.

Barkawi: We’re going to kill him slowly and broadcast it live.
Mike Banning: Yeah? I think you should have brought more men.

Benjamin Asher: [to Banning] I will not be executed as propaganda. You don’t let them take me; if it comes to it I want you to kill me. That’s an order.

VP Allan Trumbull: To those who threaten our freedom, America will rise up. But make no mistake, we will find you and we will destroy you.

Aamir Barkawi: Vengeance must always be profound and absolute.

VP Allan Trumbull: Our hearts go out to the people of London and to our friends around the world. Far too many people died for no good reason. There are those who will say that this would never have happened if we would just mind our own business. Nothing could be farther from the truth. Frankly, we live in a dangerous world and we have few good options. But the worst option is to do nothing. And finally, we owe it to our children and to their children to engage in the world. God bless you all and God bless the United States of America.