Quirky indie comedy drama written and directed by Dan Kwan and Daniel Scheinert. Swiss Army Man (2016) centers on Hank (Paul Dano), a man stranded on a deserted island, having given up all hope of ever making it home again. However, everything changes when Hank finds a corpse named Manny (Radcliffe) washed up on shore. When the corpse turns out not to be entirely dead, the two become fast friends and Hank teaches Manny about the world once again. The two then go on an epic adventure that will bring Hank back to the woman of his dreams Sarah (Mary Elizabeth Winstead).

'Sometimes you might be lucky enough to bump into the one person you want to spend the rest of your life with, and that is love.' - Hank (Swiss Army Man) Click To Tweet

Hank: You know, I’d always hoped that right before I died my life would flash before my eyes, and I would see wonderful things. But as I was hanging up there I didn’t really see much of anything, but I did see you.

Hank: This is crazy. I thought you were dead.
Manny: Am I dead?
Hank: I don’t think so, you’re talking.

Hank: [after dragging the seemingly dead body of Manny into a cave] I need you to help me get home. Okay, buddy?
Manny: Okay, buddy.
[Hank screams in shock and hits Manny in the face]

Hank: [to Manny] You’re a miracle, or I’m just hallucinating from starvation.

Hank: You’re like the multipurpose tool guy, and that’s why I need you to help me get home.

Hank: When there’s seven billion people on the planet you might be lucky enough to bump into the one person you want to spend the rest of your life with.

Hank: Sometimes you might be lucky enough to bump into the one person you want to spend the rest of your life with, and that is love.
Manny: Okay. You want to go home so you can have love?
Hank: Yeah.
Manny: But you ran away because nobody loves you.

Hank: Manny, the phone is on low battery with no signal. We’ve got to turn it off so we can find help once we’re closer to home.
Manny: I have a lot of questions about all the things you just said.

Hank: People don’t like other people’s farts.
Manny: Is that why you don’t fart in front of me?
Hank: I just like to do it alone, or hold it in, that’s what you’re supposed to do.
Manny: That’s so sad.

Manny: If my best friend hides his farts from me, then what else is he hiding from me, and why does that make me feel so alone?

Hank: Poop is when your body takes everything it doesn’t want and squeezes it out your butt.

Hank: Before the Internet every girl was a lot more special.

Hank: We sang, and we danced, and it was beautiful.

Hank: How do you expect anyone to want to talk to you if you sound retarded? I sound like my dad.

Manny: I’m scared because I fear if I die I might really miss you.
Hank: Oh, you’re the worst.

Manny: So this is the life I’d forgotten.

Hank: The important, for now, is to find what was your life
Manny: What is life?

Hank: This is just the beginning.

Manny: But maybe everyone’s a little bit ugly. Yeah, maybe we’re all just ugly, dying sacks of s**t, and maybe all it’ll take is one person to just be okay with that, and then the whole world will be dancing and singing and farting, and everyone will feel a little bit less alone. 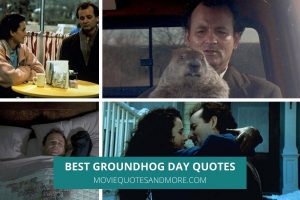