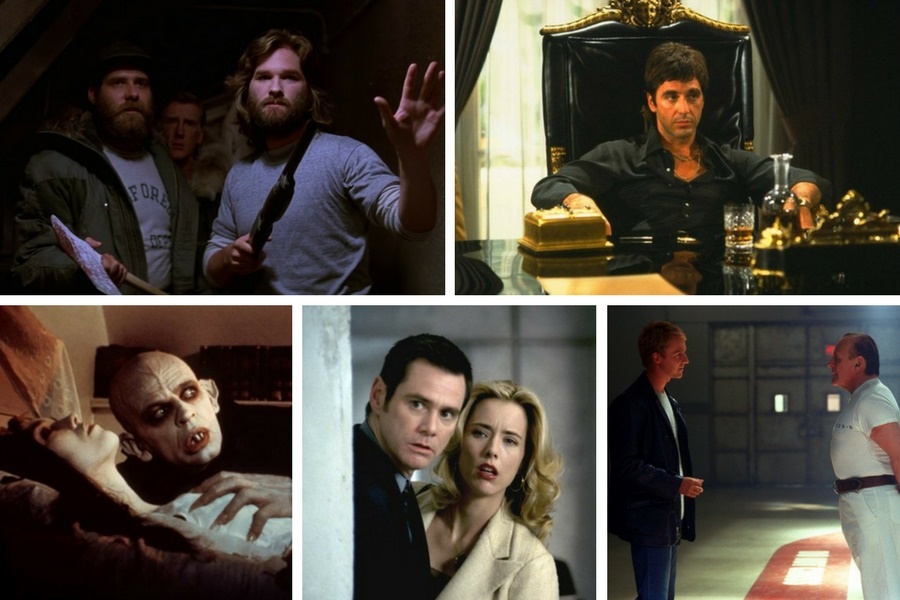 Remakes. Sequels. Reboots. They dominate the box office every year while receiving the blame for replacing any sense of Hollywood creativity. Audiences ask for originality, but pay top dollar for another entry in a familiar franchise. If it ain’t broke, don’t fix it right? Oftentimes, classics are remade nowadays with much complaint. But this is a more recent occurrence. Even television shows are being remade left and right. Back then, remakes were a bolder statement. They meant something. Directors only remade an established classic if they felt there was a purpose behind it with a meaningful story to tell in a new light.

Remakes often pale in comparison to the original whether it be quality or nostalgia getting in the way. Sometimes, they are just plain pointless because of too many similarities while seeming like a simple cash grab. But the best remakes are the ones that take chances. The ones that differ from the original source material while staying true to its core. If done successfully, they can even go on to become more famous than the original film. Nobody wants to watch the exact same movie again. That’s right, I am looking at you Psycho (1998).

For this list, I chose to avoid foreign films that were remade for American audiences such as The Departed or The Ring. That means that the remakes listed were made in the same country as the original. And to add a healthy dose of variety, I avoided sticking too much to one particular genre (let’s face it, there are a dozen great horror remakes). So, here are 5 movie remakes that are (debatably) better than the original. 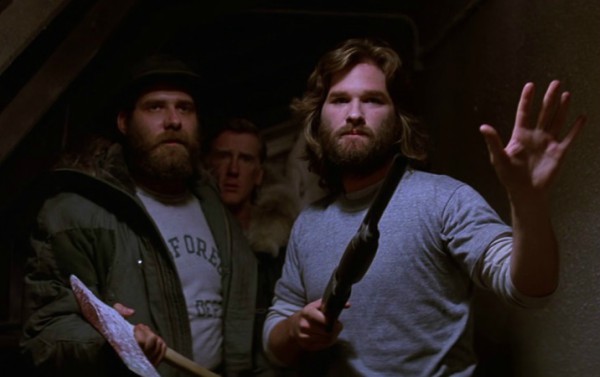 To be fair, 1951’s The Thing from Another World is a very different film than the superior remake directed by the legendary John Carpenter. The original was a product of the ’50s nuclear age of B-movie monsters. Giant radiated creatures, flying saucers, and inhuman monsters dominated the horror movie market. One featured a 7-foot tall plant-based alien awoken from its slumber while the other revolved around a shapeshifting extraterrestrial being that could take the form of any person or animal it devoured. But both of these movies were based off of the same 1938 novella Who Goes There? by John W. Campbell. Both also portray a set of scientists in an icy cold environment working in a research facility secluded from the rest of society. This remake features a badass performance by ’80s action star Kurt Russell and outstanding practical creature/gore effects that stand the test of time while maintaining a dreadful sense of isolation and uncertainty. You find yourself constantly asking who is human and that is terrifying. Top that off with an ambiguous ending that still has audiences wondering, and you get a masterpiece that remains a staple of the sci-fi/horror genre. 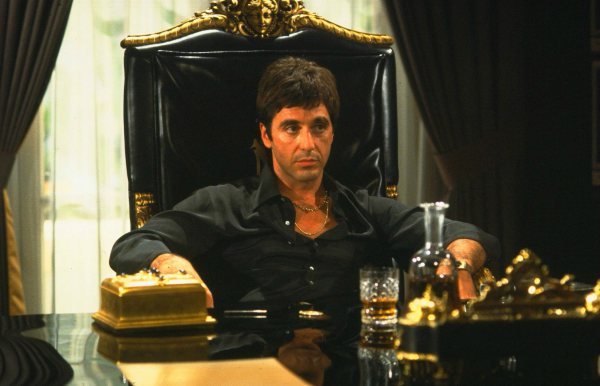 This is a prime example of a remake that has overshadowed the original entirely. Most modern film audiences are completely unaware that this is even a remake of a black and white film of the same name. Both follow a crime boss by the name of “Tony” and portray their journey to the top through a greed-fueled lust for power and wealth. The phrase “The world is yours” is seen as a neon sign in each version to sum up the theme of rising to power. But what sets these films apart are their distinct time periods that they both so wonderfully portray.

The 1932 original is set in Chicago during the prohibition era of 1920s America. Tony Camonte reaches boss status through the illegal sale of alcohol to city bars as he literally blows away the competition. But with the iconic remake set in the early 1980s, it chose to utilize the narrative skeleton of the original while infusing it with the current rise of Cuban immigration and cocaine-based drug dealing. As enjoyable as the film is, the reason it has remained so ingrained in contemporary pop culture is the one-of-a-kind performance by Al Pacino as Tony Montana. Who would have thought that an Italian actor could pull off the role of a Cuban drug dealer? Upon the year of release, it held the record for the most foul language uttered on film while clocking in at a runtime of nearly 3 hours. The infamous “Say hello to my lil’ friend” scene is an iconic moment in an exhilarating final act. It is almost unfortunate that the superb original remains somewhat forgotten as it lives behind the success of this unforgettable remake. 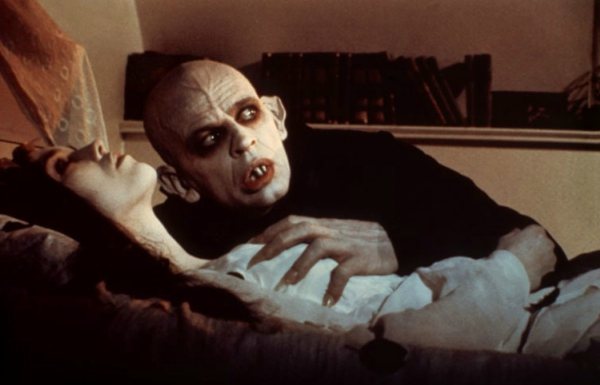 In 1922, a silent German Expressionist horror film was released by the name of Nosferatu. It was an unauthorized screen adaptation of Bram Stoker’s groundbreaking novel, Dracula. Because it was unauthorized, the title and character names were changed from those of the book to avoid a lawsuit. It featured a terrifying performance by Max Schreck as Count Orlok (aka Dracula) and became a landmark in silent film along with the entire horror genre. Since that time, there were numerous Dracula adaptations with 1931’s Dracula and 1958’s Horror of Dracula remaining as the most notable.

But in 1979, German director Werner Herzog decided to direct an adaptation that captured the tone and spirit of the 1922 original keeping the title and iconic villainous appearance intact. Since this one was authorized this time around, the character names match those from the book. An interesting choice in the film’s production was that it was filmed twice. One version has the actors speaking in their native German language while the other has the same actors speaking English for the overseas release. Although they are essentially the same film, a few changes were made in the way they were shot. Possessing beautiful cinematography combined with an unnerving performance by Klaus Kinski as Dracula, the film proves to be a standout remake. But what really makes this film shine is the twist ending that completely diverts from that of both the novel and original film. In my humble opinion, it is the greatest Dracula movie of all time. 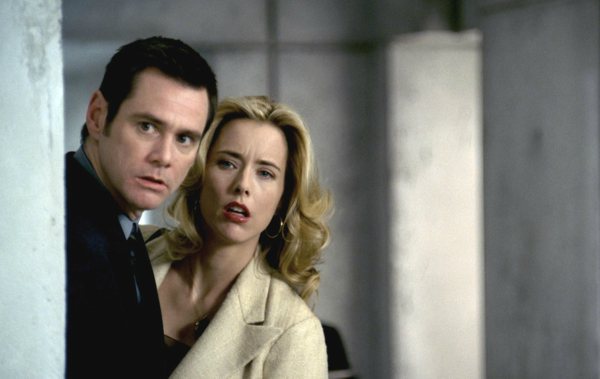 I know, I get it. This is an oddball choice for the list. But honestly, who remembers the 1977 original? I didn’t even know it existed until the Jim Carrey-centric remake came along. The original received mixed critical reviews to begin with, so the fact that it was even remade was questionable. I suppose it is because of the clever concept of a man struggling to support his family having lost his job and resorting to bank robbery with his wife to keep things afloat. Since neither of them have any experience whatsoever, that is where the comedy ensues. The forgotten original starred George Segal and Jane Fonda in the titular roles. While both versions have the same basic premise, the updated remake allowed for relevant parody of the corporate down spiral of Enron. With Jim Carrey and Téa Leoni taking over the roles, the remake was a far more contemporary take on the premise while allowing for the more silly and physical brand of comedy that Carrey is known for. It may not have wowed critics, but the film was a moderate success. It is far from perfect, but it is vastly superior to the original and definitely remains to be an underrated comedy from the mid-2000s. 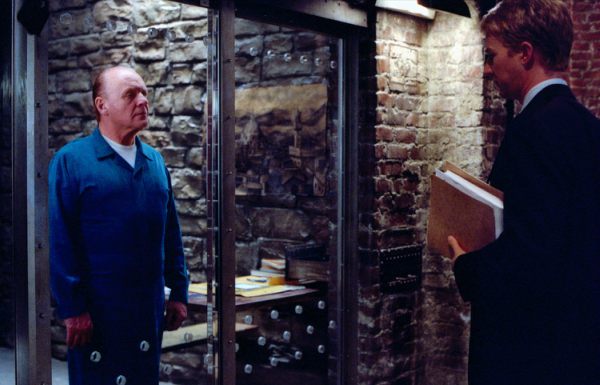 Isn’t that a prequel to 1991’s The Silence of the Lambs? Yes it is. But it is also a remake of the cult detective thriller Manhunter from 1986. Before the iconic villain of Dr. Hannibal Lector hit mainstream recognition with Lambs after winning Best Picture at the Oscars, the first Lector novel Red Dragon was already adapted into a film 5 years prior. For many, actor Anthony Hopkins is the definitive Hannibal after winning an Oscar for Best Supporting Actor in the role. However, the character was originally portrayed by Brian Cox in this first movie for less than 10 minutes of screen time. But once everyone fell in love with the character in 1991 followed by a 2001 sequel, it was decided to remake that first story using the original title with Hopkins reprising the role one final time.

The result was a superior adaptation that followed the source material far more closely despite copying certain scenes beat-for-beat. Besides giving Hannibal more face time because of Hopkins taking the role, it also features an understated performance by Ralph Fiennes as main antagonist, Francis “Tooth Fairy” Dolarhyde. The obvious difference between the two are the endings. Red Dragon follows the more complex, twist-filled ending from the book while leading into the events of Lambs whereas Manhunter takes a few liberties with an ending that plays more like an abruptly happy Hollywood conclusion with a dash of 80s cheese. The Red Dragon storyline was remade for a third time in the final season of the short-lived Hannibal TV series, so fans have multiple routes to go down with the story’s final act. But as a film, Red Dragon remains to be the strongest in terms of narrative structure and fitting into the rest of the movie series. But watch these different interpretations and see for yourself. You be the judge. As for Hannibal Rising, I have no comment at this time.