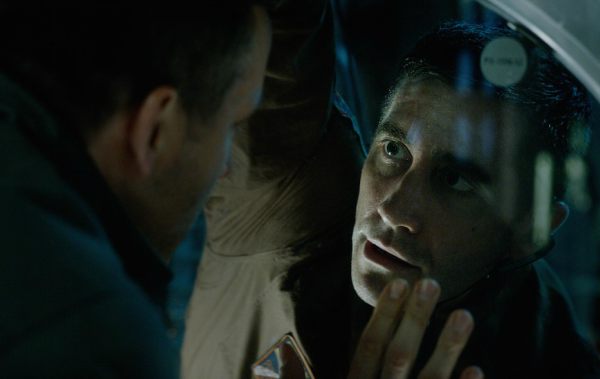 Some films try and hide the fact they have borrowed from other movies, and then there are films like Life, which wears every influence, big or small, on its sleeve. Almost gleefully paying homage to beloved science fiction films old and new, this extremely well-crafted feature proves to be an entertaining ride, made by people who obviously love the genre. Arriving in cinemas two months ahead of Alien: Covenant, Life might acquire sizeable, welcoming support from fans of that huge, iconic franchise.

Set on an international space station positioned above Earth, we are introduced to its six human occupants (via a scene that is the film’s highlight); commander Kat (Olga Dihovichnaya), doctor David Jordan (Jake Gyllenhaal), quarantine officer Miranda North (Rebecca Ferguson), technician Roy Adams (Ryan Reynolds), communications officer Sho (Hiroyuki Sanada), and scientist Hugh Derry (Ariyon Bakare). The group have been waiting several months for the return of a research pod, which has been obtaining soil samples from the planet Mars.

Unfortunately, the pod has suffered damage during its return voyage, so the crew have to seize the capsule with the help of the station’s robotic arm. Once the pod’s contents have been transported to the lab, Hugh soon discovers a dormant cell within one of the samples, and is miraculously able to re-animate it. The cell begins to grow at an alarming rate, and as the crew members talk in awe about discovering Life beyond Earth, they also notice that the organism is becoming smarter.

What is apparent from the very beginning of Life is the level of energy and commitment shown by both cast and crew. Though the material itself is overly familiar, everyone involved clearly want this to be a cut-above the usual effects-heavy release, professionally stitched together but lacking any soul or conviction.

Writers Rhett Reese and Paul Wernick (Deadpool, Zombieland) openly display their love for both Alien and Gravity, and cleverly meld the two together to create an effective blend of sci-fi/horror and drama. The duo happily walk down a path we have been down before, wanting to demonstrate that you can still have as much fun as possible with a well-worn setting and premise.

Director Daniel Espinosa brings enormous enthusiasm to the project, providing the kind of confidence and inventiveness that is sadly lacking from many popcorn movies today (the current Power Rangers redux being a perfect example). As well as exhibiting a deep affection for the Ridley Scott classic (right down to the font style and letter placement of its title) and the Alfonso Cuaron Oscar winner, Espinosa artfully floats his camera around the station in a way that is reminiscent of Tobe Hooper’s wild 1985 cult favourite Lifeforce. Espinosa, Reese, and Wernick are all on the same wavelength, knowingly tapping into material that has been visited on many occasions, but lovingly fashion a film that perfectly articulates why this sub-genre has remained popular for so long, dating back to the 1950’s.

Espinosa does wonders with a modest $58 million budget, and with the help of cinematographer Seamus McGarvey (Godzilla, Nocturnal Animals, The Avengers), production designer Nigel Phelps (World War Z, Troy), composer Jon Ekstrand (Easy Money, Blind Alley), editors Mary Jo Markey (The Great Wall, Super 8) and Frances Parker (Band of Brothers), and a highly talented visual effects team (who create some quietly eye-popping imagery), ensures this sci-fi outing looks considerably more expensive than what it is. Additionally, there is an outstanding use of sound design. After making a splash with the excellent Swedish crime thriller Easy Money in 2010, Espinosa made his Hollywood debut helming the forgettable action/thriller Safe House (starring Denzel Washington and Ryan Reynolds), then followed that with the frustrating misfire Child 44, which starred Tom Hardy and Gary Oldman. Life is easily his best English language effort to date.

Performances from all are convincing. Again following the formula so brilliantly employed in Alien, the cast are all natural and likeable, playing off each other in an amiable manner. While this group of actors don’t reach the same wonderful heights as the formidable troupe did in the influential 1979 hit, they are all engaging enough to care for, allowing what happens throughout to remain compelling and plausible. Gyllenhaal is once more a standout, while Sanada (The Wolverine) must have felt a sense of deja vu, as he was also in Danny Boyle’s outer space saga Sunshine. The only crew member that seems to be missing is a pet cat.

Life may be overlooked by some as just another Alien clone, and while it certainly borrows heavily from that film, it surprisingly does it in a way that is respectful and playful. Only the finale somewhat disappoints, concocting a denouement that is unnecessarily predictable, bringing an unexpectedly engaging film to a rather anti-climactic end. The final shot however is a symbolically clever one.

John F. Kennedy: [voice] No man can fully grasp how far and how fast we have come. There is no strife, no prejudice, no national conflict in outer space as yet. Its hazards are hostile to us all. Its conquest deserves the best of all mankind, and its opportunity for peaceful cooperation may never come again. As we set sail, we ask God’s blessing, on the most hazardous and dangerous and greatest adventure on which man has ever embarked. This nation will continue to be a pioneer in the new frontier of space.

Voice #1: Each passing year our estimate of the probability of life in space increase. More and more scientists feel that contact is no longer something beyond our dreams but is a natural event in the history of mankind that will perhaps occur within the lifetime of many of us.

Voice #2: The manner in which we first meet life beyond earth may determine the character of all our subsequent relations. Let us never forget the fatal impact we’ve had upon innumerable peoples on this earth. People who trusted us, befriended us, and who we destroyed by our thoughtlessness. The life we know. Perhaps that is where we ought to begin, with ourselves.

Roy Adams: There have been rovers on Mars for twenty years, I wonder what this one’s found.

Hugh Derry: The sample is a large single cell, unmistakably biological. The first inconvertible proof of life beyond earth.
Roy Adams: You’re finally a daddy.  It’s going to be a big custody battle over this one.
David Jordan: It’s beautiful.

Hugh Derry: The mission’s primary goal has been achieved. We’re looking at a large single cell, biological. I’d hate to jump the gun, but I think it’s time. We’re looking at the first proof of life beyond earth.
Roy Adams: You’re finally a daddy. It’s going to be a big custody battle over this one.
[the others laugh]

Roy Adams: We can’t let that thing in here.
Miranda North: Seal off everything.

Crew Member #1: The specimen’s location is unknown.
Roy Adams: We don’t know what it is.
Miranda North: If this ever gets back to earth we risk all human life.

Miranda North: You don’t know what it can do!

Miranda North: What have we done?

Miranda North: Where is it?
Roy Adams: I lost it, I lost it.

Hugh Derry: What is the primal instinct of any lifeform?
Miranda North: To survive.

Miranda North: Do you see it?
David Jordan: It’s too dark.

Dominique: Are you bringing the alien back to earth?
Roy Adams: No, we’re going to keep it up here where it’s safe.