By Shelby Fielding (Lubbock, Texas, US) 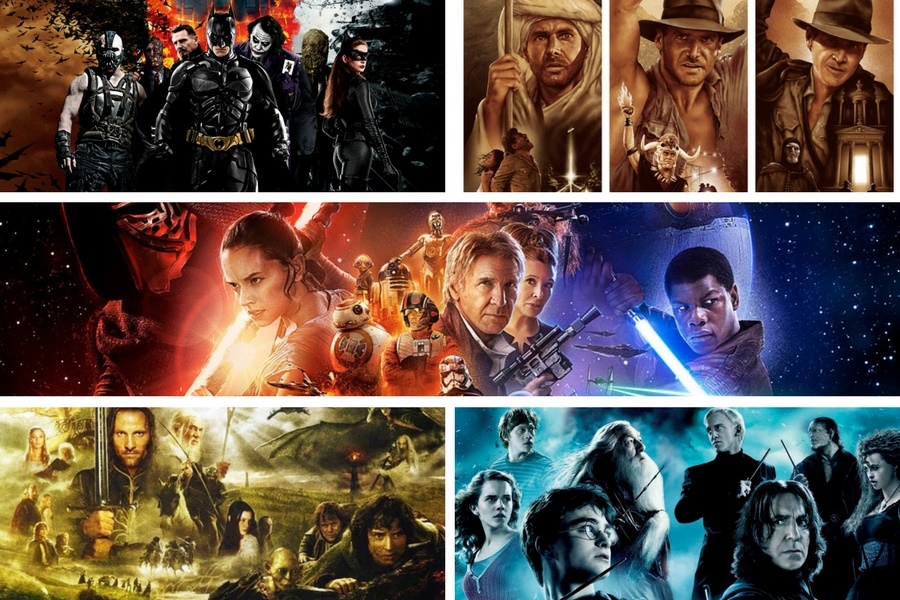 Movies! We love them; we hate them; they inspire us; they emotionally move us, but why have movies changed so much? What is happening with movies and audiences today? Well, for those of you who are new to me, my name is Shelby Fielding, and I love movies. I love learning about how to create great movies, and why directors choose individual shots for certain scenes. I love learning about the differences between good movies and bad movies. What makes a good movie good and what makes a bad movie bad, and how does the general audience view movies today? What in their opinion is a good movie and what is a bad film?

These thoughts have consumed me lately. So, I thought I would vent and give my opinion on what I think the problems are and how they could be fixed or changed. Specifically, I’m going to break down the problem with audiences today, filmmakers today, and the problem with critics today. I hope to see all of your opinions on this subject down in the comments below. I also hope some you can understand my point of view. I also hope I can influence some of you to open your eyes to amazing movies you never gave a chance because they were “critically acclaimed.”

Filmmakers! The people who make these works of art we love like The Dark Knight Trilogy, The Marvel Cinematic Universe, The Indiana Jones Trilogy (No! I don’t count the fourth one). The Lord of the Rings, The Harry Potter Franchise, Star Wars, and many others that are impressive works of film. But, we also get movies like The Purge, Nine Lives, Jack & Jill, The Paranormal Activities, and many other crappy movies. So, what makes these films different? What makes a good movie? Well, in my opinion, a good movie is a movie that tells a story that the audience can invest in or find themselves losing their touch with reality. To a point where the audience forgets, they are watching a movie, and rather they feel as if they are in the film itself. Movies that make the viewers shed tears for a fallen character who doesn’t exist in life. Movies that make fans grab the edge of their seats because the narrative is so riveting. That they feel as if they look away for one second they’ll miss everything. These are things that make good movies.

These films also include amazing performances, riveting screenplay, and incredible directing. But, this leads me to the problem with movies today that shamelessly ignore all of those things. Movies such as the Paranormal Activities such as. In which the first movie was an enjoyable horror film that made an incredible amount of money. Considering this film had a budget of $15,000 and ended up making a mind-blowing $193.36 million in the box-office. That’s incredible, but instead of creating new stories to expand on plot lines and characters they make the same movie telling the same story with minor changes to get money. These types of movies are what many call “Cash Grabs.” Examples of this are the Paranormal Activity series, The Purge series, and The Transformer series. These are movies that are all the same movie due to lazy production and directing and are there to take the money of the audience, and that is it!

So, the problem with filmmakers today is that there are very few in Hollywood today who want to make good movies. Studios and Directors like The Marvel Cinematic Universe, Christopher Nolan, Steven Spielberg, James Cameron, Antoine Fuqua, Frank Miller, Darren Aronofsky, Studio Ghibli, Martin Scorsese, Wes Anderson, Bennett Miller, the Coen Brothers, Quentin Tarantino, David Fincher, and Shane Black. There are a few others, but that’s about it. And, the problem with this is that the movies these guys make that are riveting and impressive fail at the box office which leads me to the audience

Audiences! What the heck is going on with you guys? I recently had a couple of conversations with some of my friends about this topic. I had recently just shown them one of my favorite movies of recent years called Whiplash. With Miles Teller playing a drummer who aspires to become the best drummer that’s ever lived so he goes to this Jazz school to become the best he could be. He then meets J.K. Simmons character who begins the psychological battle between them that is so thrilling and intense with an incredible performance from J.K. Simmons that won him an Oscar. I showed them this movie and was hoping to blow their minds. After viewing the film, they thought it was okay and not something they would want to watch again. These opinions blew my mind, so I needed to understand what in their opinion is a good movie. Now my friends listed a lot of movies and used very specific words to describe them. Words like “fun” and “entertaining” and “mindless.” So why does this train of thought exist?

I think most of the general audience confuses the words “fun” with “good.” This confusion is why movies like Transformers, The Marvel Cinematic Universe, The Batman Movies, and others make so much money. But, these movies become disdained by critics. Which in part are the filmmaker’s fault and the marketing teams fault for these “critically acclaimed films.” But, the fact is you first have to understand that these films like Whiplash, Bridge of Spies, The Birdman, and others do not have massive budgets that the summer blockbusters do. For example, Whiplash had a budget of about $3.3 million, while Transformers had a budget of about $210 million. This enormous gap in the budget for these movies makes it completely unfair for these production studios to produce appropriate marketing strategies for these films. Audiences confuse good movies with fun movies which are in part due to the harsh reviews by critics. This acquisition leads me to my problem with critics today!”

Critics! The most hated reviewers possibly of all-time, are people who get accused as “people who hate fun movies” or “they only like long boring movies.” These are partly untrue statements. But, the truth is critics are harsh on “fun” movies today. I feel it’s because critics become frustrated with all of these repetitive, cash grab, overused CGI bull crap. Even movies that aren’t terrible get unfair low scores because critics look at it as a “fun” movie. Movies like The Magnificent Seven which sits at 62% on Rotten Tomatoes, and 54% on Metacritic. As well as The Sandlot that sits at 59% on Rotten Tomatoes. Independence Day as well that has a 32% on Rotten Tomatoes and 32% on Metacritic. These are movies that the audience loves but hated by critics.

These examples give critics this negative aura provided by the public. It feels as if nothing is ever enough for critics. Which turns audiences to YouTube movie reviewers like John Flickinger, Chris Stuckmann, Jeremy Jahns, Screen Junkies, and the Schmoesknow channel to name a few. These guys are viewed as normal guys who love movies, these views on critics sometimes get blown out of proportion but for the most time have merit. The role of a movie critic is to offer a non-spoiler review for a film that allows the audience to decide if they should view the film or not based on the film critic’s credibility. Roger Ebert did this the best in my opinion. He was so good at summarizing a film and providing evidence to his views on movies he liked or disliked that made his reviews credible.

We as critics have to take some movies for what the director is trying to create and grade them on a scale according to that idea. This grading scale is only fair not only to the filmmakers but the audience as well. Don’t get me wrong some movies do deserve a terrible grade. Sometimes though a film is made by a director made just to have fun, and not to capture brilliant storytelling should receive grading according to the director’s purpose for that specific movie. And, critics should understand that and respect it

So to wrap this up, what I’m trying to say is filmmakers need to try to start telling stories again and realize that there are still people who love movies that suck us into their world and take us on a breathtaking journey. And, audiences need to give movies that maybe don’t have explosions and half-naked women and useless jump scare a chance. But, critics need to separate the difference between a bad movie, a movie made for fun, and a movie that is extraordinary. Do you agree movies have gotten worse or do you think there should be more fun movies? Vote your opinion down below in the poll. I hope this is a rant that helped some people understand a movie lover’s point of view, and I hope it helps some people figure out why movie reviewers see movies as they do. Thank you for reading and voice your opinions in the comments below, and as always have a blessed day.